Athlete of the Week: Amanda Jaskolski 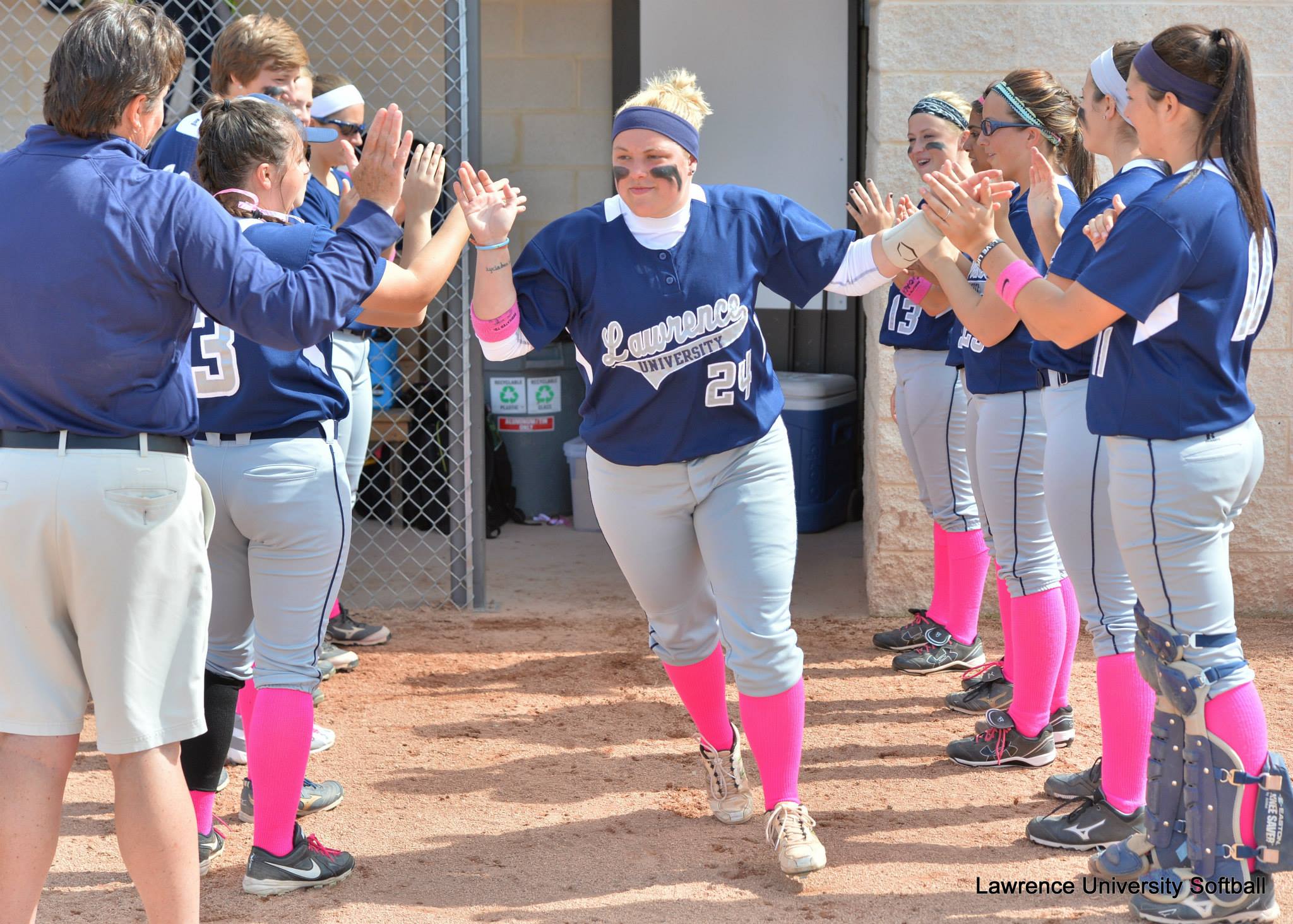 This week, I sat and chatted with senior and star shortstop Amanda Jaskolski of the Lawrence University Softball team. Jaskolski was named the Midwest Conference (MWC) Player of the Year for the second consecutive season, breaking or setting Lawrence records in six categories during the season while leading the team to a second place finish at the Midwest Conference Tournament.

Gabe Chapman: Congratulations on being named MWC Player of the Year for the second time. What was your reaction when you heard the news?

GC: You lead the conference in several offensive statistics: On Base Percentage, Runs Batted In (RBIs), Homeruns and Walks, and were second in Hits, Runs and Slugging Percentage. Which of these stat lines are you proudest of?

AJ: Probably the RBIs because it’s on my team to get on base, and if they’re on base and I can hit them in, that’s huge to me. So I’m proudest of the RBIs and runs scored or runs batted in — just getting on base as well. The homeruns are great and everything, but just starting the momentum of something is probably what I’m most proud of.

GC: Any of those you felt you really improved on from last year?

AJ: Probably the RBIs. It’s a pressure situation when somebody’s in scoring position when you get up there, and it feels pretty good to get that done for my team.

GC: You also ended up tying or setting Lawrence records in six categories. What has helped make this season so successful for you?

AJ: I really think it was our team in general. We were pretty special this year. Last year, we had a great team and we lost a lot of great people. But the people that came in this year, and us getting better from last year and filling the spots, was great to see. We all had great chemistry, which brought us a long way and helped me too — if I ever got down on myself, there was always someone there picking me up.

GC: How did you feel about the team’s performance at the MWC Tournament?

AJ: I thought we did really well. Last year, we were two-and-done right away. And I was new last year, so I didn’t really get to see us in full mode, but this year, it was really fun. We beat Cornell, and I don’t think Lawrence has defeated them in five years or so. It was just cool to see what we’re capable of against good teams. I think our team changed a lot from last year, and it was really fun.

GC: After such a great season, are there any moments or highlights that stand-out?

AJ: I think one at crossover, where teams from the North and South divisions play each other. We beat Lake Forest there, which was a pretty big game for us, and I think a lot of us remember winning on a walk-off hit. And beating Cornell in the tournament was just huge. I just remember those games because our team went nuts after that, and it was fun to play those two teams and beat them to show how good we were.

GC: Do you see yourself continuing your involvement with softball at some level after Lawrence?

AJ: Oh yeah, I’ll still play. I have a summer thing we do where we play three tournaments down in Illinois against pretty good teams, so that’s always fun. And then, hopefully, at some point in the next year or so, get into coaching somewhere. I would really just like to coach — whether it’s here or somewhere around the area.