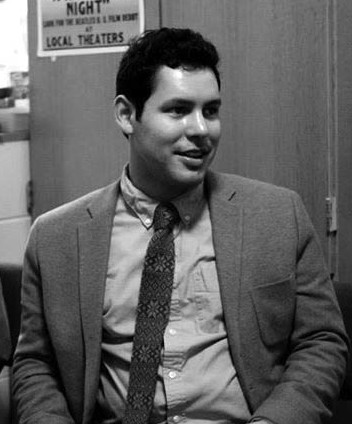 Music is a universal language, a unifier. “It can bring together people from all different walks of life, people that would otherwise have nothing in common,” self-proclaimed “unconventional” senior and clarinet performance major Pablo Morales said.

For Morales, music has always been an important part of his life. From the fifth grade on, he has shared a special relationship with his clarinet, Boris.

“I originally had no intention of playing clarinet,” said Morales, recalling the fateful day at the music store. His first pick was trombone, but the store was out. He opted for a clarinet, expecting a flute. Yet “here we are, 14 years later. The rest is history,” Morales quipped, a happenstance leading to a prosperous career.

He has stuck with the clarinet through trials and tribulations.

“I am originally part of the Class of 2014,” Morales said. Due to financial and workload stresses, he decided to take a couple years off after his sophomore year. However, the plan was always to study music and return to Lawrence.

“I’ve always been drawn to Lawrence for the people—the staff and the faculty, and students—and just the atmosphere,” Morales said. “People are always so welcoming and willing to help push you the extra step[. They are] there to support you when not everything goes the way you were hoping.”

Morales’ return has not all been for naught. He has made use of his returned time.

“I was the chorister—the musical director—of the singing fraternity [Beta Theta Pi],” he said. In this position last year, Morales led rehearsal once a week. He and his brothers recorded their singing last spring and submitted their work to a national Beta Theta Pi competition. Under his direction, they were able to uphold a legacy and receive the Whitman Choral Cup once again.

Morales also joined a klezmer band led by friend and fellow senior Alek Wasserman. “Klezmer is a style based in Yiddish folk music,” he explained. “Clarinet is a very prominent part of that ensemble.” In this group, Morales has been able to expand his improvisational sense and even got to play at LU-aroo last year.

Additionally, Morales has spent a lot of his time back planning two concerts he will be performing this term. On Sept. 26, at 1 p.m. in Harper Hall, Morales will be performing his first recital. He plans to feature works by Brahms, Stravinsky and senior composition major Christian Carroll.

“There may or may not be an encore by some folk band at the end,” Morales added. He has also planned a longer, full recital at the end of ninth week. He added that the experience is “really stretching my brain, my mind, my fingers as a performance major.”

Despite an abundance of planning, Morales is excited—not just for this term, but to continue music into his career. He is fascinated with the pedagogical aspect of music, hoping to receive a master’s degree in music education and certification to teach at either the middle or high school level.

Overall, Morales is a man of music. His time here at Lawrence has instilled within him a better sense of community, not only with the campus itself, but also with the treatment of music. Music brings us all together.