Lawrentians dance their way into the hearts of many 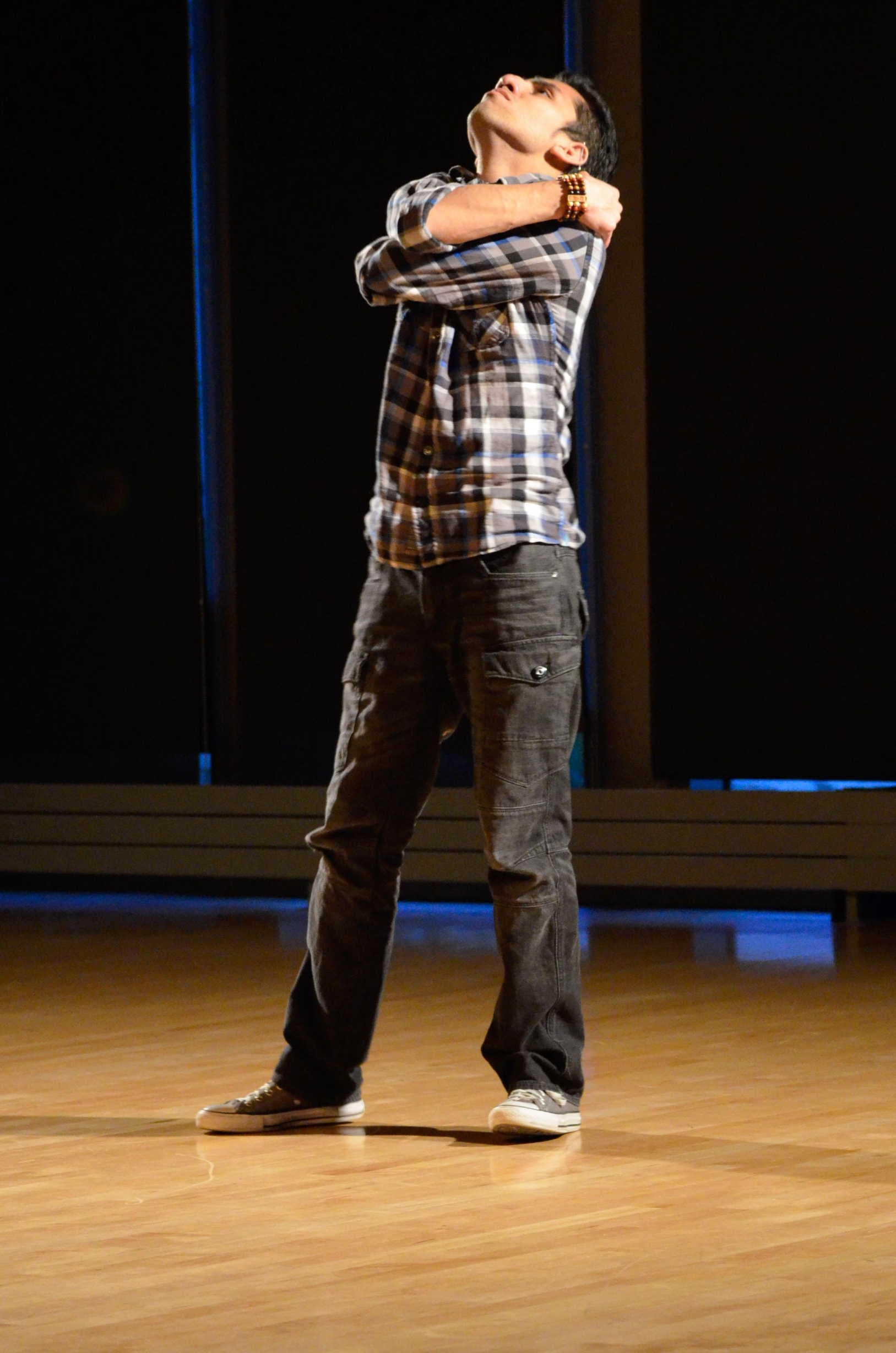 Visiting Professor in Dance Rebecca Salzer started teaching as a part of Lawrence’s Conservatory this year. She began dancing at age eight, with the original intention of becoming a ballet dancer. By high school, however, Salzer decided to pursue an education at Yale University, where she studied art history.

While at Yale, Salzer did not put a halt to her passion for dance. Said Salzer, “I went to Yale and thought I was [to] become a lawyer or doctor, but ended up studying art history and making dances about the art history I was studying. At that point, realized she wanted to be a choreographer and dance too!”

Following Yale, Salzer spent some time in Europe to further pursue her love of dance. She then moved back to the states, teaching at private studios during her 20s and then starting her own dance company in San Francisco.

“I really love all of the physical components of dance but I also find it to be a really intellectual pursuit,” said Salzer. “And that’s something that at Lawrence, is especially possible. If I teach at a studio, it’s usually an adult coming in for a work out and you can impart some of that intellectual interest, but you can’t really dive deep in because people are coming and going who usually just want good choreography to try. So I really enjoy having a fixed group of students that I can guide.”

Said Salzer, “I think the students really took some great risks and pushed themselves outside of their comfort zones to do something they’ve never done before.”

Sophomore Victoria Chung performed her originally choreographed dance “Love” at the New Voices in Dance event. Her choreography was based on a literal analysis of the song “El Amor” by Ricardo Arjona. “I wanted to show how love works,” said Chung. “It sometimes can be just an illusion or it can be real…I love dancing because it makes me feel free. I don’t have to think, I just have to feel it. I also love performing because you can get to know yourself more when you are on stage and in front of an audience.”

Freshman Amy Pettigew is not enrolled in Salzer’s course, but took part in Sophomore Devin Burri’s beautiful piece, “Jealous Girl.” “Jealous Girl” expressed the intense emotions of friendship and jealousy, seeking to convey the pain of losing a friend. Said Pettigew, “I loved how we could express our emotions through our movements when we performed. I also loved how I could relate to the feeling of the piece. Hopefully our audience could too.”

Junior Mario Gil performed his choreography of “Fight For Freedom,” an impassioned dance that sought to convey the feeling of imprisonment. Said Gil, “I wanted to convey a feeling of imprisonment. A lot of times, people feel trapped through some sort of oppression and we all try to fight and break free from that negativity. I wanted to convey this desperation to break free from something that was negative.” Gil shares that the artistic works of Dawn Richard and Carlos Andr**e**s G**o**mez were sources of inspiration for his choreography.

Said Gil, “What I love about dancing is that I can express a more confident side of me. It’s a rush and an outlet for different types of emotions and I think that’s great.”

According to Salzer, the material of her Topics in Choreography course is especially instrumental in preparing students to develop and perform their choreographies. The course focuses on spatial design, immersing students in the elements of space and the formal ideas governing dance. Students participate in a number of movement studies during the course as well to experience and try various dance techniques and forms. The course started off with readings from a textbook on choreography, and readings of more contemporary choreographers. Course work also involves video watching and discussions. Said Salzer, “They figure out which forms or constructs are interesting to them. For example, Devin Buri’s piece was working in the narrative form, telling a story about broken friendship. Jenny Angeli was focusing on the iconology of Marilyn Monroe.”
[*Year*] Angeli’s dance, “A Tribute to Marilyn,” was performed in front of a video that included clips from various moments in Marilyn Monroe’s life. Said Angeli, “I wanted to show the two sides to her: one being her love of the camera and an audience, and the second being her insecurities and vulnerability, — a side many do not know about her. My dance tried to incorporate both of these emotions while trying to ‘sync up’ with the video footage at times as well as fit in with the music.”

Continued Angeli, “I love the freedom of expression and lack of rules or boundaries in dance. While I do not believe I have a career as a choreographer this class and this dance show gave me a greater appreciation for what they do. Having no boundaries can make it difficult to get all your ideas across.”

The levels of experience in dance, movement and performance varied in Salzer’s course, but most students had never choreographed their own pieces before. Angeli, who grew up with musical theater, shares that she is more accustomed to having a choreographer guide her through the different dances and moves of her performance. “Here I had to create every step of the dance, with no one there to tell me if something looked good or simply terrible,” she says. “It was so helpful to perform our dances in class to my fellow students”

Chung was one among various other students who had never learned dance in a formal setting before. Said Chung, “The experience was great and I learned a lot! I like dancing but I did not have the opportunity to take any dance class before. After taking professor Salzer’s class, I know for sure that I will be taking other dance classes at Lawrence. Also, this summer I am taking ballet classes!”

Although another formal performance such as New Voices in Dance has not been set up, Salzer’s students have been excited about sharing their work with the Lawrence community again this term. Needless to say, dance at Lawrence has gained a great deal of popularity and support by the Lawrence community. In fact, Salzer will be teaching a total of six courses next year.

When asked what direction the dance department is heading towards as an academic field of student, Sa
lzer replied. “After just one year, its hard to know, [but ] I feel like people are ready for dance to really be part of life here. I think they’re ready for a more academic institutionally-embraced version of dance.” 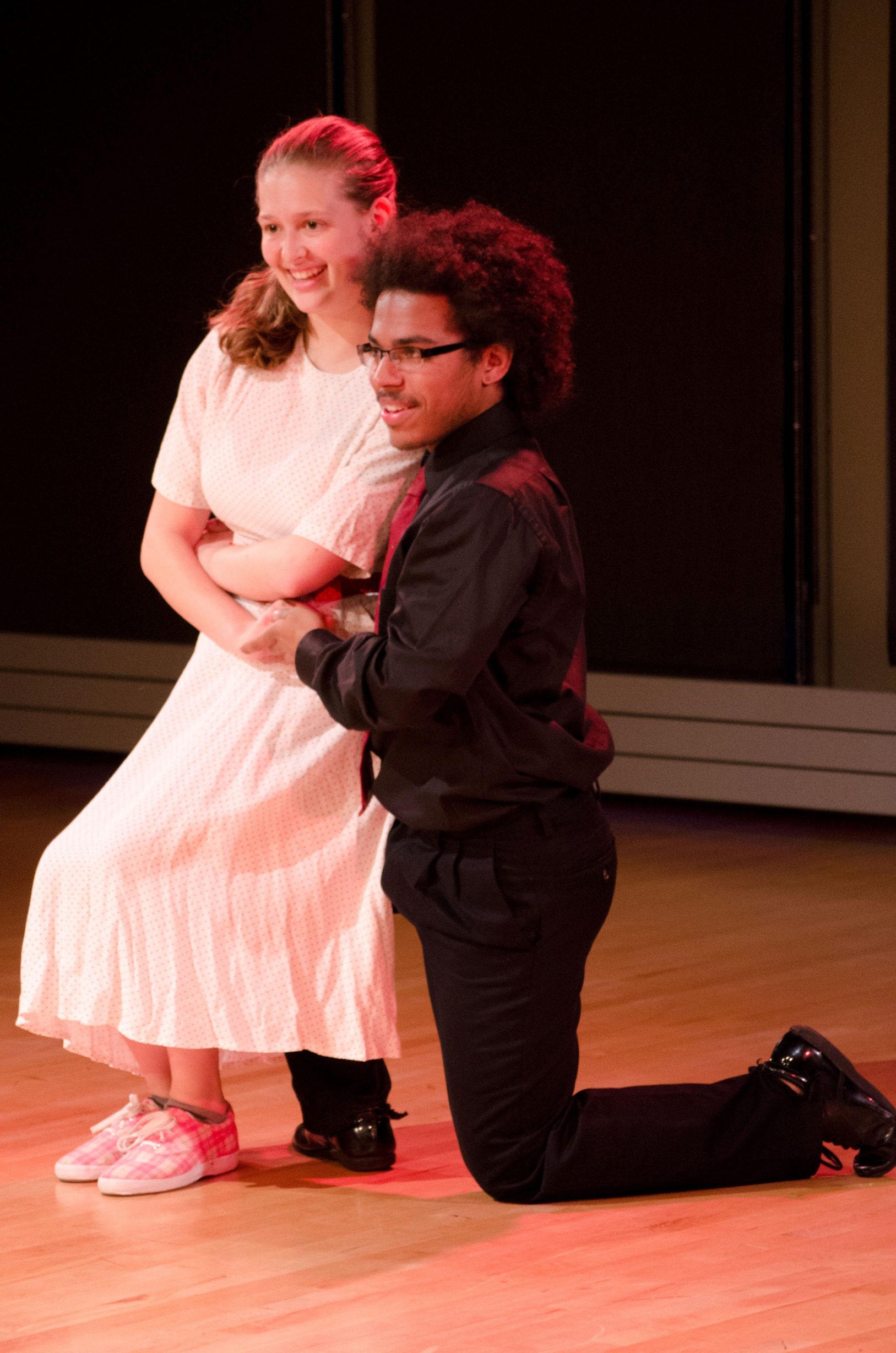