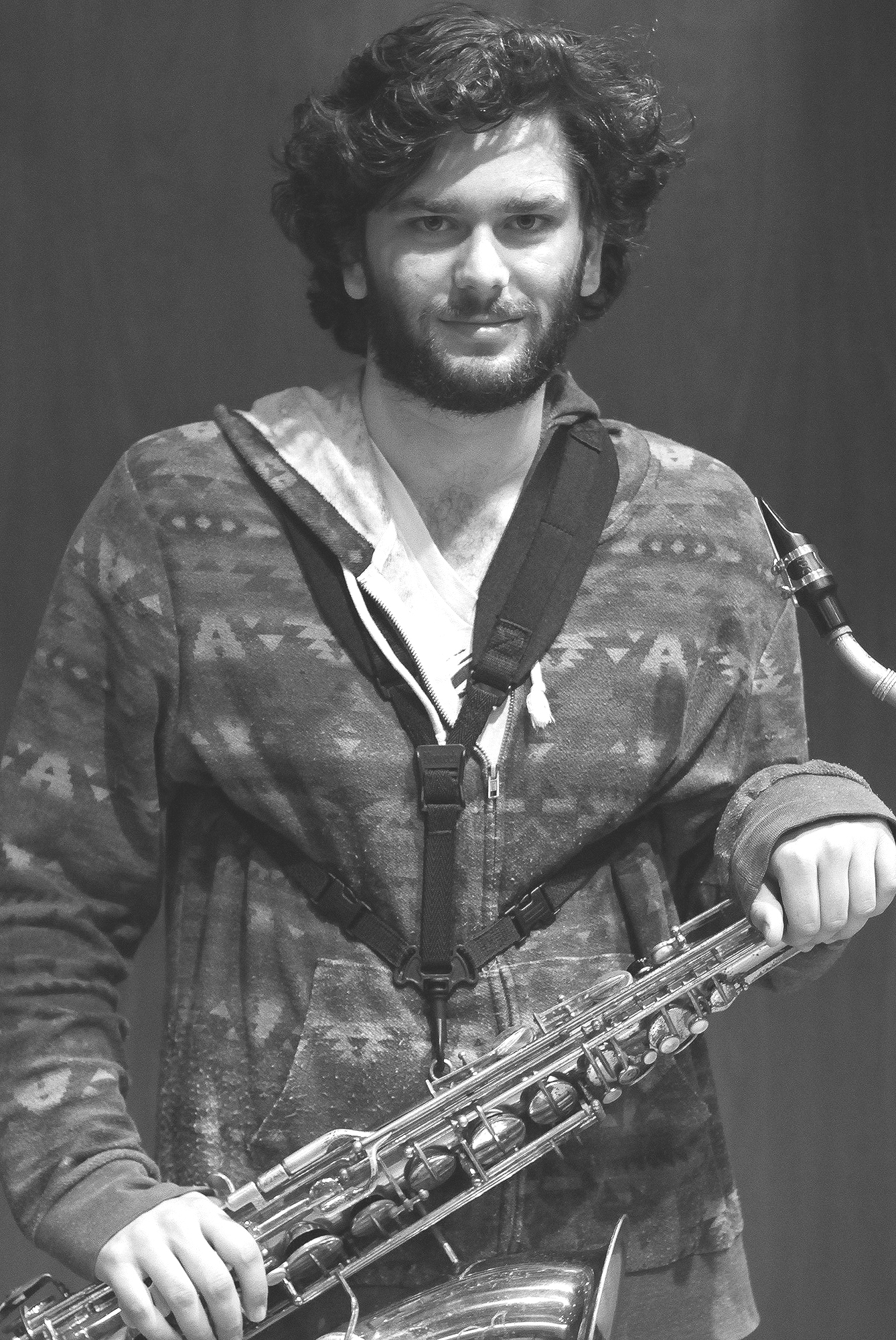 Music is a comparatively underappreciated art form. “When you go to a museum, you look at a piece of visual art. People are pressured in situations like that to focus on something,” junior Sam Pratt said. “I don’t think a lot of people realize that music can be treated the same way; a lot of music is meant to be treated that way.”

Pratt is working towards receiving a Bachelor of Arts degree in music, as well as a major in mathematics. He sees the areas as separate entities that occasionally interact.

“You can be creative in math,” Pratt said. “When I write music, sometimes my compositions are influenced by math, in terms of structure and harmony.”

However, Pratt’s understanding of music does not purely rely on his mathematical sense. Having been involved in music from a very young age, Pratt has had time to develop and hone a separate personal philosophy.

“The genre we like to describe it as is noise punk avant-garde jazz,” he said of Sk8 City. Hippie Bullshit qualifies more as an artistic process. “She [Johnson] paints or draws with markers or any type of media like that while I improvise on saxophone,” Pratt commented. “We feed off of each other’s improvisation.”

This improvisation, as aforementioned, is a communal process in Pratt’s eyes.

“When you’re improvising it’s very deliberate,” he said. “It’s not just go up and play a solo and it’s about you.”

The work is much more sincere than a show of talent.

“It’s trying to create something with a group of people or by myself; it’s about creating a piece of art,” Pratt said. “That doesn’t really work if it’s just you showing off. It’s more about building something that is meaningful.”

That was the purpose of his most recent concert, to create something meaningful with friends. “Stuff I Do with My Friends [besides eat pizza]” was a personal expression of all the musical work Pratt does on campus.

“I have a lot of different things that I do,” he said. “I wanted to have a performance opportunity for all these things.”

The recital, which took place on Thursday, October 1, in Harper Hall, included a jazz quartet with junior Matt Blair on piano, junior Jakob Heinemann on bass and junior Jeremiah Lemke-Rochon on drums. Following was an improvisational duet with Pratt’s roommate, junior Gabe Peterson, who also plays saxophone. Hippie Bullshit and Sk8 City also made appearances. A more extensive review of the recital will be publish in next week’s issue of The Lawrentian.

All in all, Pratt wanted to take this opportunity at Harper Hall to share his main musical philosophy with people who he may never have encountered before.

“Focusing on listening is a very important thing,” he said. “I want to provide music for people to listen to like that, stuff that’s thoughtful.”