Athlete of the Week: Patsy Kealey

The Lawrentian Staff·
Athletes of the WeekSports
·October 2, 2015·2 min read 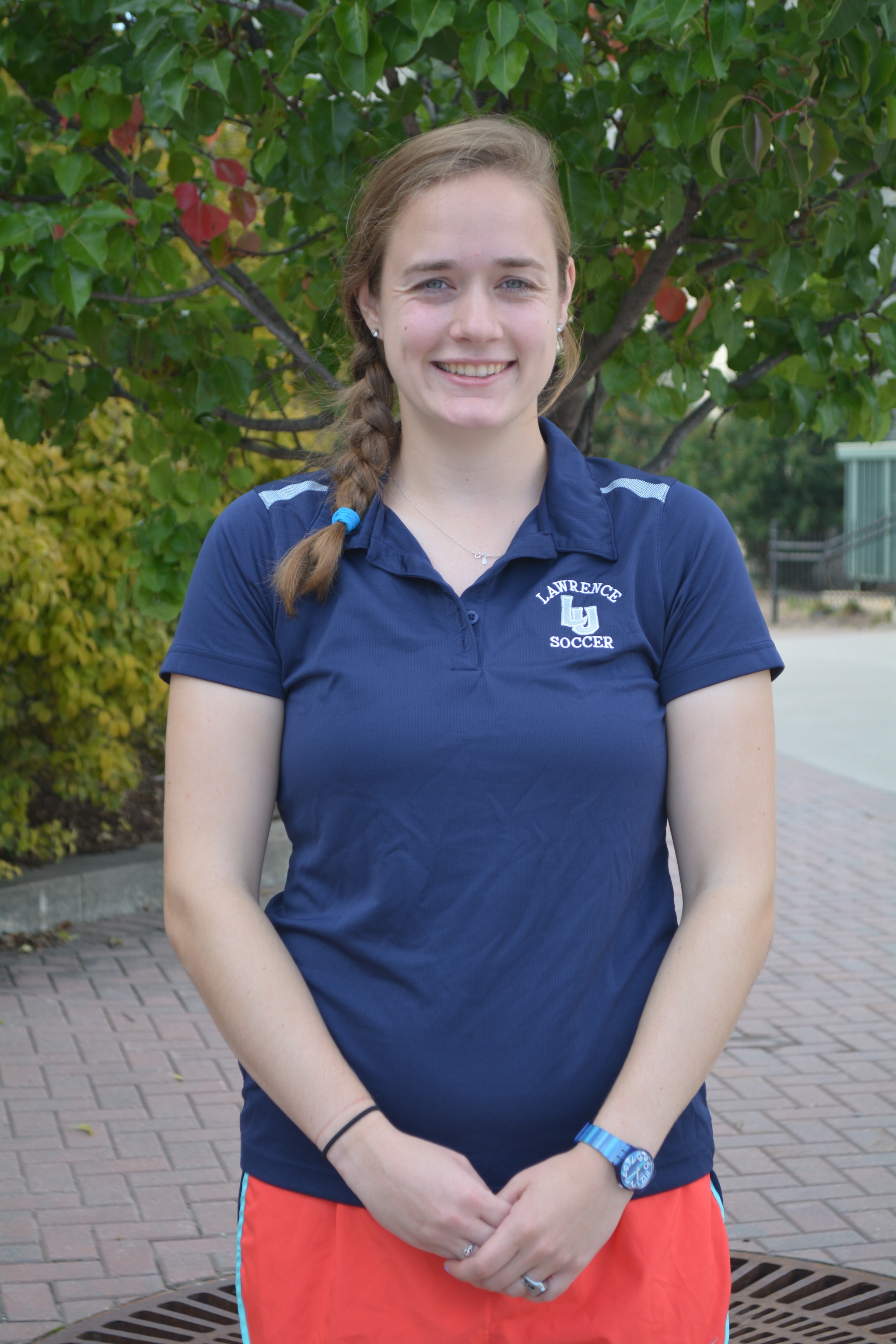 This week, I sat down with senior goalkeeper Patsy Kealey of the women’s soccer team. Kealey was recently named the Midwest Conference Defensive Player of the Week, posting 22 saves, 0.50 goals against average, a 0.957 save percentage, and a shutout over a period of two games against UW- Stevens Point and Carroll University.

Gabe Chapman: First off, congratulations on the Midwest Conference Defensive Player of the Week award. Did it come as a surprise?

Patsy Kealey: Yep. I definitely was not expecting it.

GC: What has contributed to your success in goal over the past two games?

PK: The support from my teammates — it’s not just me; it’s everyone on the team. The defense has really been stepping it up, and my coaches have faith in me and are helping me get back into it.

GC: You recently transitioned to goalie. Has it been a smooth transition?

PK: It was a little rough at first, but I’d say after a couple weeks it got better.

GC: Do you miss playing your old position as a defender?

PK: Yeah, I miss being able to run and have actual physical contact with other players, but I enjoy goalie. They both have pros and cons.

GC: Your win over Stevens Point was the first since 1989. How did it feel to break a streak like that?

PK: No one really knew (about the streak), we just knew that they [UW – Stevens Point] were a pretty good team so we were very happy to be able to win and come together. It was definitely one of the better games we’ve played so far this season.

GC: In your next game against Carroll, you played great, but the team ended up walking away with a tough loss. What did you guys take away from that game?

PK: That there are definitely things we need to work on still, it’s not going to be a walk in the park in our conference. But I think it gave us determination to keep doing well.

GC: Your teammate Casey Merkle was also recently awarded Midwest Conference Player of the Week honors, what’s motivating the team to play at such a high level?

PK: I’d say just playing for each other and the team. Everyone has a competitive drive to win and it’s very upsetting when we don’t win. You can tell on the bus afterward; it’s a different environment after a loss.

GC: As a senior on the team what’s your leadership role like?

PK: Well I am one of three captains — Lucy Brown and Genna Matt are the other two. I tore my ACL, so I was out my junior year of soccer, so I took on difference kinds of roles such as an athletic trainer for the team. Being able to see both sides has really helped me as a leader and to be able to see what the team needs to work on.

GC: Do you see yourself continuing to be involved with or playing soccer after Lawrence?

PK: I would like to. I’m looking into getting into athletic administration after graduation, so really any division or any sport would be ideal.