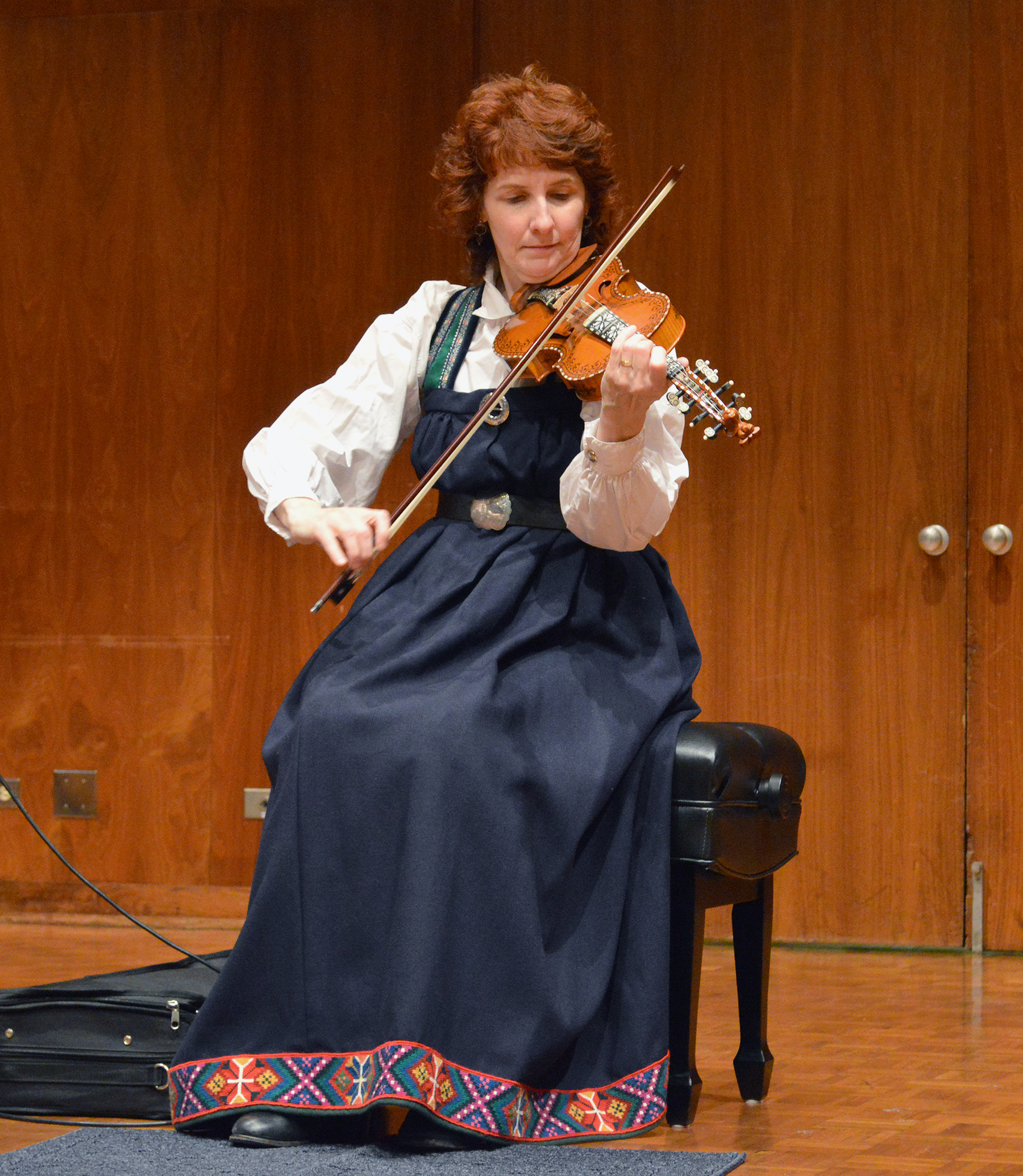 On Monday, Oct. 5, at 8 p.m., I sat in Harper Hall, awaiting the start of another World Music Series concert. As time went on and no performer showed on stage, I began to wonder if the concert was running a bit late.

I was relaying this notion to my friends when all of a sudden, over the din of the mingling crowd in the auditorium, I heard a soft melody begin. The audience gradually quieted down and began to listen, finally realizing, as I did, that the music was indeed coming from the back of the hall.

Heads turned and necks craned to see the night’s performer, Karin Loberg Code, make her way to the stage, performing a beautiful folk tune. Once onstage, I was finally able to see her instrument: a hardingfele or Harding fiddle, a Norwegian instrument comparable to a violin with a total of nine strings and inlaid mother-of-pearl designs all over its fingerboard, tailpiece and ribs.

The Harding fiddle possesses some strings above its bridge and some strings below it; the ones underneath pulsate with each note that is played above, giving the instrument a thick, rich tone that resonates differently from the average stringed instrument. Hearing the folk melody play, I was enveloped by its unique timbre, a smooth and clear sound comprised of many different layers.

Code quietly tapped her foot to the beat of her song as she played it, and she invited us in the audience to tap our feet in a specific pattern along with her for other songs in the program. Initially, I decided not to tap my feet—first, because I wasn’t sure about the rhythm and second, because it felt disrespectful to the performance. After a while, though, I found myself wanting to keep time with Code’s playing, and, gradually, I began tapping along.

The Harding fiddle typically plays Norwegian folk tunes meant for dancing, which explains why the tapping felt perfectly natural in almost every piece that Code performed. Code gave each piece an introduction, incorporating history into the program, and played the entire concert consisting of 14 songs from memory. Code explained in one of her introductions that Harding fiddle music is not transcribed on paper; instead, each fiddle tune gets passed down the generations from fiddle player to fiddle player. This fact perhaps reveals why Code played each of her pieces as though they were part of her, not once faltering in her performance.

From asking for audience participation to giving background information to tuning before each piece, Code gave the concert a calm, laid-back feel. Hearing the ancient tunes, I imagined sitting in a cottage by an ocean somewhere in another age of time, free of any care in the world. I spent the entire concert in awe of the focus and intensity quietly present in Code’s playing. Some say that the best artists make their work look easy, and Code excelled in that aspect.

Overall, the concert was a relaxing and enlightening experience. My personal favorite tunes were “Springar etter Ivar Ringestad,” an earnest and imploring melody written by Code herself, and “Fykeruds farvel til Amerika,” a mournful tune that Code said chronicled the homeward voyage of a dying Harding fiddle player. I enjoyed becoming acquainted with a different style of music present in the world and getting to escape from my world for a little while as well.

By McKenzie Fetters On Monday, Oct. 5, at 8 p.m., I sat in Harper Hall, awaiting the start of another World Music Series concert. As time went on and no performer showed on stage, I began to wonder if the concert was running a bit late. I was relaying this notion to my friends when…