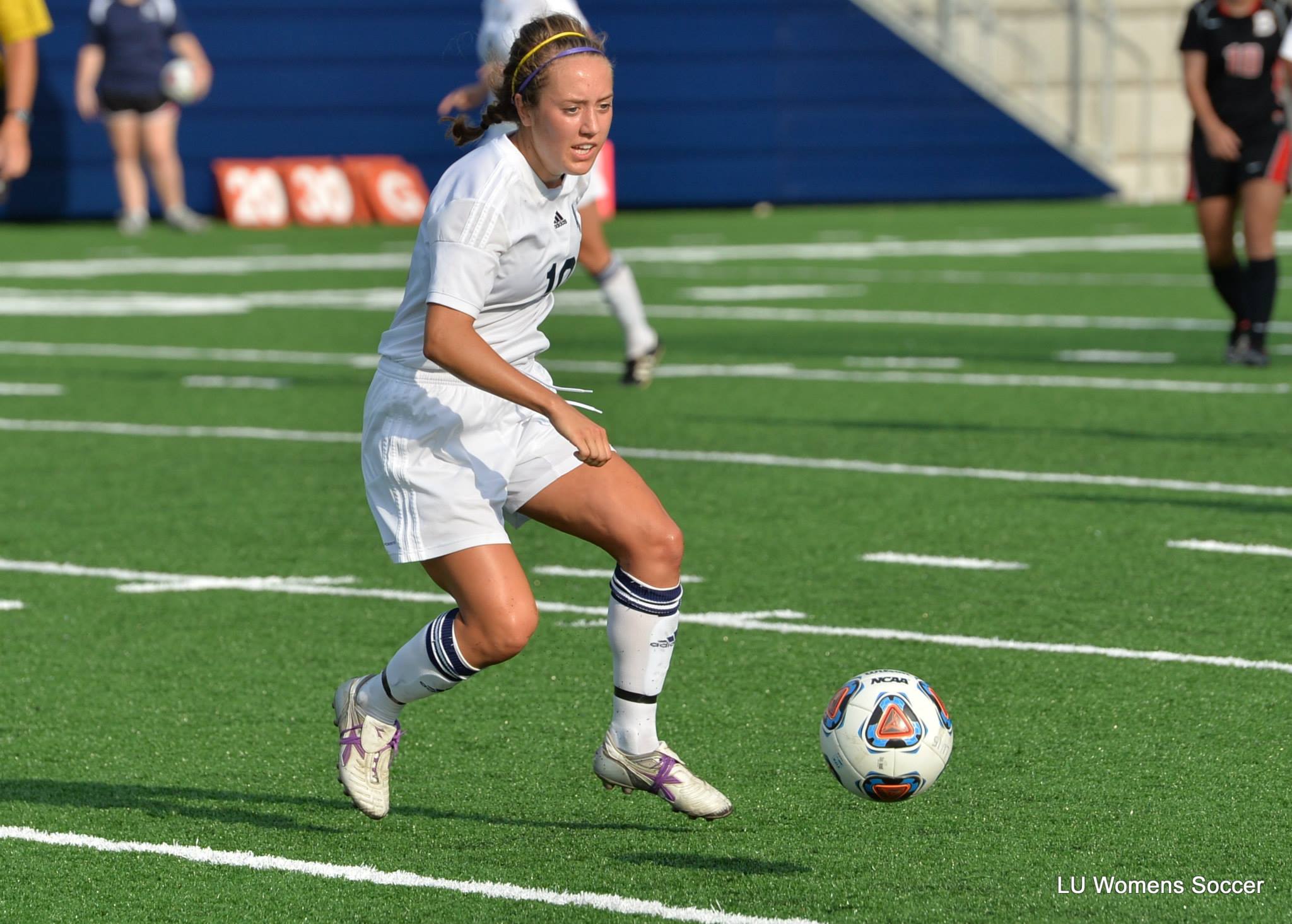 This week, I sat down with junior midfielder Casey Merkle of the women’s soccer team. Merkle was awarded Midwest Conference Player of the Week honors for her timely play in the team’s recent non-conference and conference victories. Merkle either scored or assisted on all of the goals during the team’s last three wins.

Gabe Chapman: You’ve been all over the stat sheet, and your contributions have had a big impact on games. How does it feel to be playing at such a high level?

Casey Merkle: This year feels really good. We went into this season having so much momentum; and I think it’s because we focused so much on our goals. We came together at the beginning [of the year] and decided we had four goals that would help us get to our main goal: composure, momentum, drive and belief,. These lead to our main goal of getting to the top four [teams in the conference]. We bumped it up a few notches from last season and it just feels a lot more competitive. I think that’s been part of it.

GC: Do you have a personal method or strategy to get yourself prepared for games?

CM: Beforehand I just think about what I need to do and how I’m going to help the team get the win. So right now, I’m really focused on just shooting as much as I can, because I’ll miss 100 percent of the shots I don’t take. And it’s been hard lately getting the ball on [the goal] frame, so we’ve been working on really getting our attack going. Once we do that, more shots will come; and we’re focusing on getting everyone to shoot more because that will increase the chances of shots going in.

GC: Do you consider yourself more of a scorer or facilitator? You’ve had a lot of assists but also meaningful goals.

CM: I guess I’d say both right now. I felt like the facilitator most of my soccer career and being the goal scorer wasn’t something I thought about as part of what I could do for the team. Now I’ve really come to focus on getting the ball into the back of the net—which could mean getting a cross in front of the net so a teammate can finish it or driving it towards the net. We have some good shooters whom can shoot outside the box, so those are good chances and we hope to do that a lot.

GC: How do feel about the position your team is in this far into the season?

CM: I was just talking about this with my roommate. We were looking at the other teams and how they’re doing—especially Knox [College] because they haven’t been a top contender in the past, but have 30 new freshmen this year. We lost to them this past weekend 1-0 but it was really close. I thought we performed very well. We’re not out of it and I think our goal of being in the top four can be reached.

GC: When did you start playing soccer?

CM: When I was five years old, I played on The Honeybees, which was a Kindergarten recreational league.

GC: Did soccer factor into your decision to come to Lawrence?

CM: Yeah, because I didn’t know about Lawrence without having the soccer coach reach out to me, so it was a big factor not so much in deciding to come here but just knowing that Lawrence was an option. I wasn’t looking for a smaller school, but my visit went pretty well and I thought the campus was really pretty. It was between Concordia in Chicago and Lawrence, and I ended up choosing Lawrence for academics and the campus life.

GC: Do you have a favorite play or highlight from this season so far?

CM: I think about our game against Lakeland [College] and how we were tied at zero at the half, and how we were calm going into the second half because we knew we were the stronger team. We didn’t score until there was 25 minutes left, but the last 20 minutes was amazing.

By Gabriel Armistead Chapman This week, I sat down with junior midfielder Casey Merkle of the women’s soccer team. Merkle was awarded Midwest Conference Player of the Week honors for her timely play in the team’s recent non-conference and conference victories. Merkle either scored or assisted on all of the goals during the team’s last…