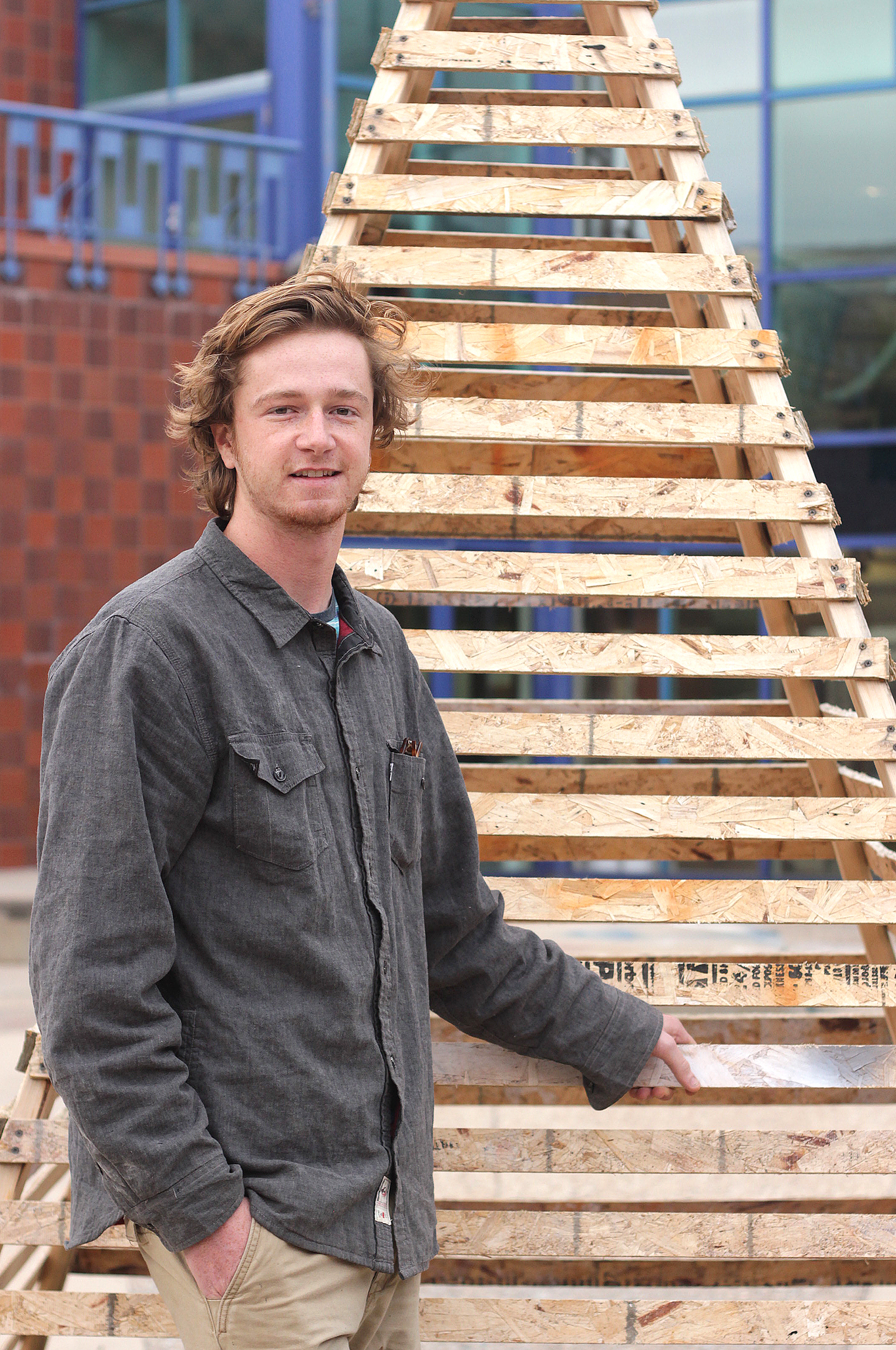 He draws inspiration from sculptor Anish Kapoor—you are probably familiar with his piece “Cloud Gate,” the ‘Bean’ in Chicago.

“He doesn’t try to justify his objects conceptually, just makes them because they look great and people like them, which is something that I want to do,” Hoy said.

Similarly to Kapoor, Hoy deals mostly in sculpture. His medium of choice is clay.

“Clay has always been seen as something used to make functional things,” Hoy commented. “It wasn’t until the last century that it started being used for abstract forms and stuff like that.”

This resistance to and subversion of clay’s conventions is important to Hoy’s art, although he does not limit himself to the medium.

“With sculpture, you can think of what you want to make and then pick a material; wood, metal, whatever,” he said.

Hoy also tries to expand his work to unconventional settings.

“I like land art. I like being outside,” he said. “I don’t want to disturb the nature that I go out into. Slightly altering stuff that’s already out there I think is fine and can be interesting.”

It is with these ideas in mind that Hoy finds a connection between his two majors: studio art and environmental studies.

“There’s a lot of overlap; a lot more than one might think,” Hoy said. “I haven’t started my environmental studies capstone yet, but I’m going to try to look into sustainability and environmental concerns associated with really large-scale land art installations.”

He plans to discuss the artistic methods of current land artists and the environmental consequences of overt destruction.

“Andy Goldsworthy […] uses stuff that he finds out in nature,” Hoy said. “On the opposite end of that spectrum would be somebody like Michael Heizer who’s blowing up sides of mountains and calling it ‘negative sculpture.’”

In addition to art, he maintains this appreciation for nature through other activities at Lawrence.

However, his love for art overpowers these other aspects of his life.

“[Art]’s unlike a lot of other majors because you get to employ a lot of creativity, which I think is way more stimulating than any of the other classes that I take in environmental studies,” he said.

After he graduates, Hoy plans on taking a few years off to explore options. His goal is to pursue a master’s degree in fine art, but solid plans are still up in the air.

Regardless of what Hoy does in the future, his curiosity and attitudes toward art will always be present.

“Art is a way to stay sane, a stress relief. It certainly comes with its own stress,” Hoy commented. “But it’s what I would much rather spend my time on than other things.”

Keep your eyes peeled for Hoy’s future work in The Rabbit Gallery and the studio art senior show both coming this spring.