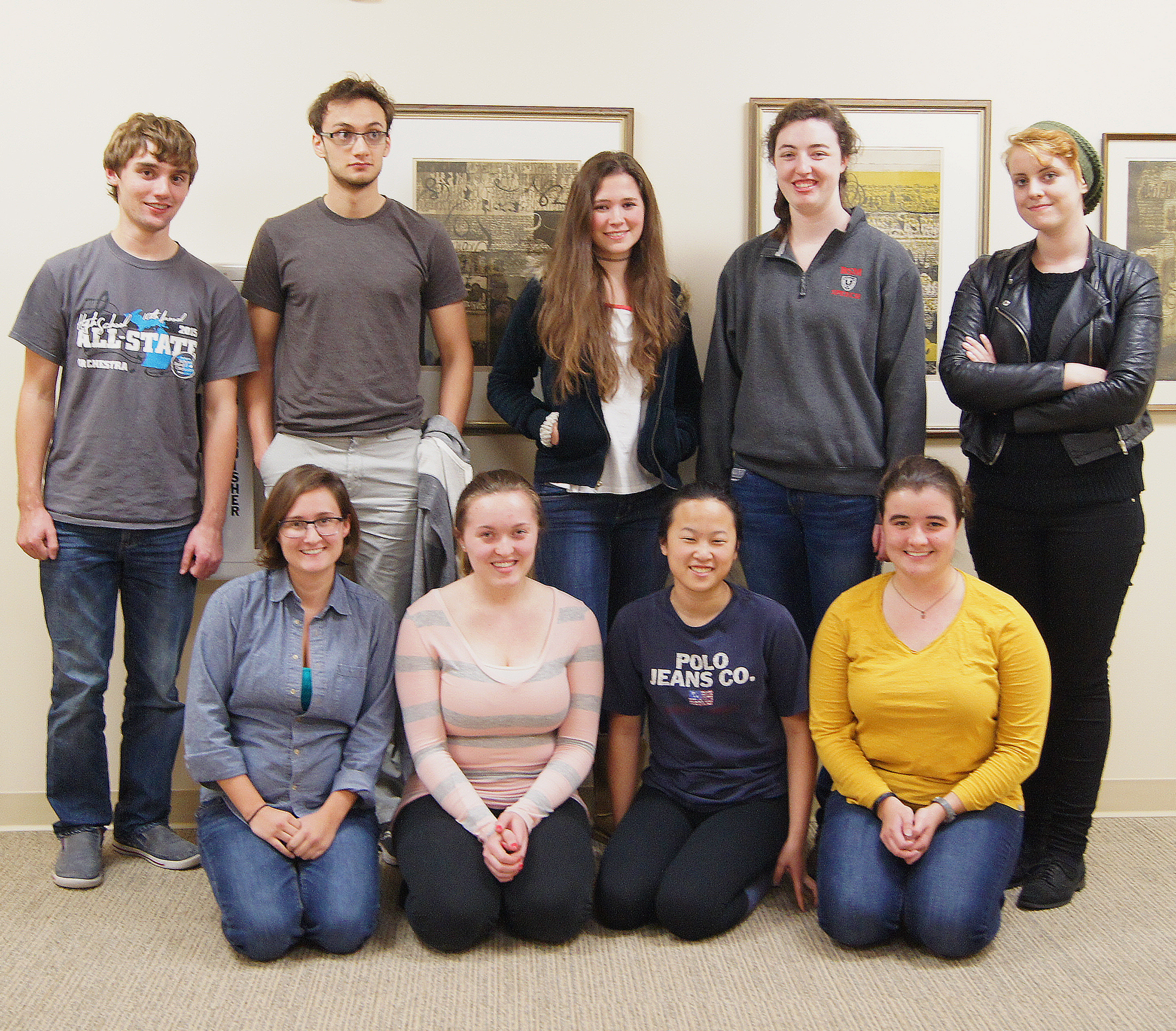 Following their CORE meetings, CORE leaders senior Emma Huston and juniors Andrew Hill and Allison Brooks-Conrad sat sipping their drinks of choice and discussing the specifics of the evening. The CORE topic for the evening covered intersectionality and inclusion, which followed last week’s topic of privilege. This topic sparked conversation among the three who discussed the conversations they had with the members of their CORE group, affectionately called CORE-gies.

Brooks-Conrad described one of her biggest struggles as establishing “what [her] role was for the students in [her] group—mentor, resource, friend?” She ultimately concluded that her “role is whatever the students in ‘Y’ group needed [her] to be”. Hill, in turn, mentioned that developing communication between co-leaders was also an important area to work through.

Each CORE leader interviewed took their role for similar reasons. Huston, a senior, responded that she “wish[ed] [she] had known some of the things covered in CORE meetings” and that she “wished [she] had had a person to ask questions to as a freshmen.”

Hill agreed saying “I was a part of the pilot program my freshman year and my leaders were awesome and inclusive- I think it’s a unique way to bring the freshman class together.”

The conversation turned to their favorite parts about being CORE leaders. Brooks-Conrad explained that “I think of students who I met last year as freshmen who have become leaders on campus and it’s wonderful to witness that transition.” Emma continued off of Brooks-Conrad’s statement highlighting the connections CORE leaders can make with their freshmen CORE students, bridging the age and grade gap that can develop on campus over time. Finally, Hill added a new angle about the connections between his CORE students saying he “likes to see the group grow and learn to trust each other.”

Ending their Monday night post-CORE hangout on a light note they discussed ways in which to get CORE students to attend the meetings. They unanimously came to the agreement that food was always the best option!

But what do the CORE students think?

The answers from the CORE-gies were unanimous about the CORE meeting food options being of high importance. Along with the agreement about food, the students seemed positive about their CORE experiences thus far. Students expressed that they felt CORE can sometimes be an opportunity to vent which makes them feel great afterward. Other students described how CORE brought up the opportunity to discuss issues that they did not usually encounter in their classes. To many of the students interviewed, CORE has been an open and safe environment to bring up issues, spend time with new people as well as get free food.

Following their CORE meetings, CORE leaders senior Emma Huston and juniors Andrew Hill and Allison Brooks-Conrad sat sipping their drinks of choice and discussing the specifics of the evening. The CORE topic for the evening covered intersectionality and inclusion, which followed last week’s topic of privilege. This topic sparked conversation among the three who discussed…