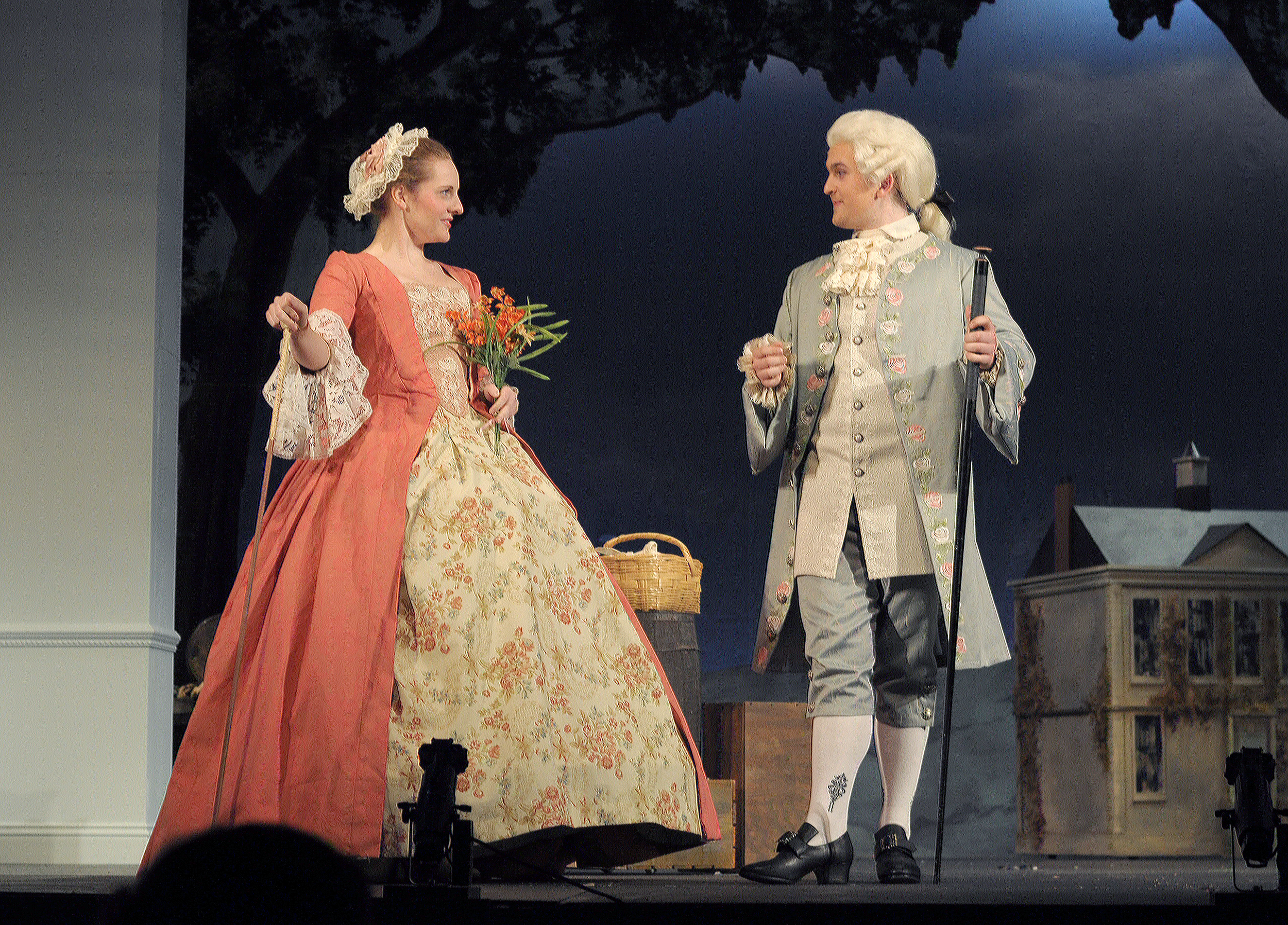 When it comes to comedy, there are few things that can trump a well-written group of idiots for getting good laughs. Sure, a single idiot is funny, but there is something about a plot full of them that provides a special cathartic pleasure, especially if we identify with them. It is very easy to misstep, however: an idiot is very easy to dislike, and after a certain point in a farce we can lose our sympathies.

First, let us get the flaws out of the way, the better to focus on what the plays do well. The first and foremost problem was the translations. This was outside the actors’ and the director’s control, but it still must be commented upon in the context of the whole. The Marivaux was sadly hampered by an excess of exposition, which may be a result of the conventions of the tradition he was working in but could have been excised, or at least restaged in a more natural way. The Moliere was mostly in rhyme, but it lapsed on occasion. While rhymed verse is not a bad thing to have in a play, English is not always the right language for such a task, and the lapses only made things more awkward. Perhaps it would have been better to eschew this, or embrace it utterly. No matter. Now I can only talk about the choices the cast and crew had made.

For the most part, they presented themselves well: “The Test,” a brief farce about the hazards of trying to arrange one’s life as a romantic comedy, had an excellent set, costumes and props. Junior Olivia Gregorich provided a standout performance in particular; she wisely chose to underplay her role with amusement as her main emotional state, giving into the silliness but being detached at the same time, a charismatic combination. Though the cast is often funny, there is a sense that they are playing it a bit too close to the chest, and the play is oftentimes so literal in its script and direction that not many laughs can be wrung out of it. All is forgiven, however, with a final scene that shook the theater’s very walls and deserves commemoration.

“Sganarelle,” though it has no moments as unanimously hysterical as the previously mentioned play, is a story of mistaken identity and mistaken courtships in which the jokes fly fast and furious. The performers were given much freer reign to interpret their roles, with two main standouts: freshman Eddie Hood, whose Leile is incredibly yet deliberately flat in a wonderfully droll way, and junior Jacob Dalton, who played the eponymous Sganarelle, an idiot among idiots, in such a generous way. He threw himself entirely into the part, unafraid to push himself if it meant getting a laugh, most notably through rushing into battle in household pots and pants and attempting acrobatics around the set. It was the kind of performance that wins you over with its refusal to downplay just how much fun it is. Dalton performed admirably.

It was a generosity that both permeated these plays and these idiot characters embodied. While the generosity is not always conveyed, both make you laugh, and that is all we can really ask for. Moliere and Marivaux understood this: always entertain. I was entertained, I laughed and in the case of Dalton’s performance I was even moved. I look forward to the upcoming theatre season; this was an excellent first course.

When it comes to comedy, there are few things that can trump a well-written group of idiots for getting good laughs. Sure, a single idiot is funny, but there is something about a plot full of them that provides a special cathartic pleasure, especially if we identify with them. It is very easy to misstep,…