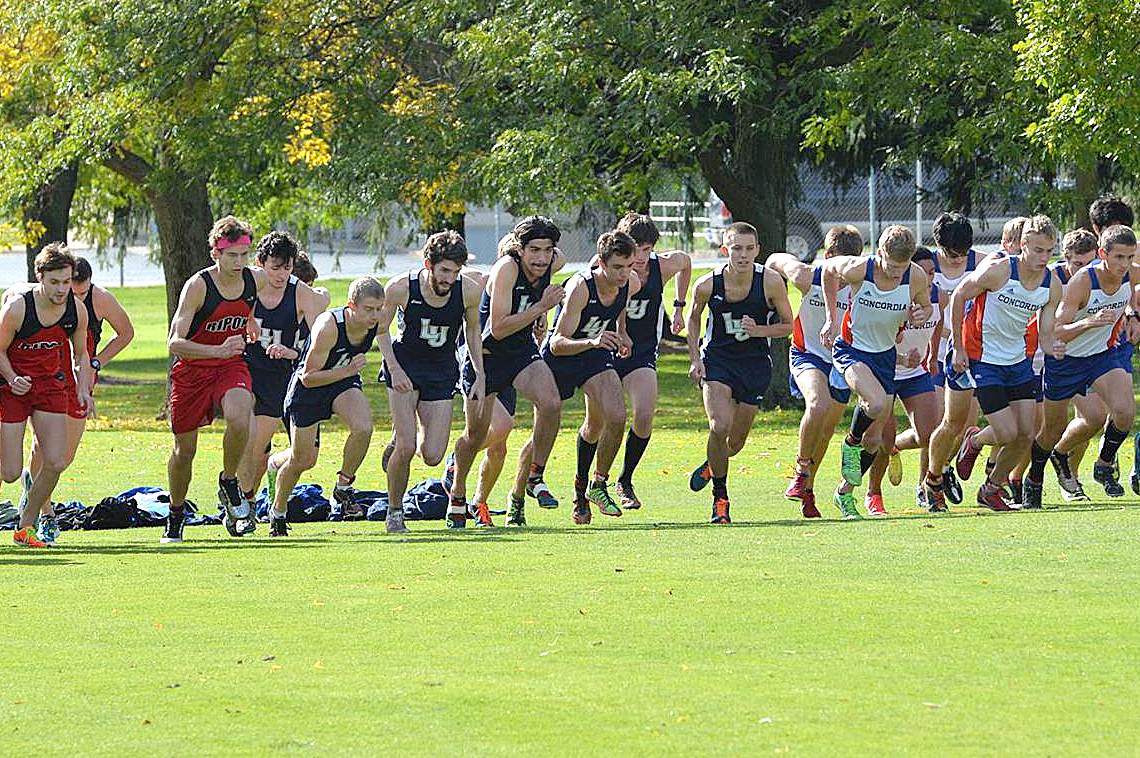 The Lawrence University (Vikings) Men and Women’s Cross Country team competed in their biggest meet of the year last weekend: the Midwest Conference (MWC) Championships. Hosted by Cornell College in Iowa, the meet included 11 conference teams. In their 8k race, the men placed second with 75 points. The women placed eighth with 168 points in their 6k race.

As the culmination of an entire season of hard work, the Vikings had their sights focused on the top. “We were pretty confident on how we were going to perform,” said freshman Josh Janusiak. “We knew that we had to do what we needed to do.” Janusiak led the men’s team in a fourth place all-conference finish in a time of 26:40.

Junior Max Edwards was not far behind as the next Viking finisher in eighth place at 26:54. Rounding out scoring top five came freshman Ben Schaefer in 14th place in 27:01, senior Jordan Atkins in 22nd in 27:24 and freshman Mayan Essak in 27th with 27:43. “Second overall is really good,” reflects Janusiak. “I think we did the best we could.”

The eighth place overall finish for the women’s team, although disappointing considering their impressive start to the season, still reflects the runners’ intrinsic competitive spirits. The Viking top finisher was senior Clare Bruning whose eighth place all-conference finish marks her fourth consecutive all-conference honors. Bruning finished her race in 23:32. Next for Lawrence came sophomore Erin Schrobilgen in 33rd at 24:37. Senior Cora Williams finished next in 43rd with a time of 24:53, followed by sophomore Kate Kilgus in 47th in 25:03. Sophomore Amy Hutchings was the last Viking scoring runner in 51st with a time of 25:14.

Although conference is over, the cross country team still has one more meet left in their season: regionals and the push to the national meet. The top teams at regionals will move on to the sectional meet, then, pending success at sectionals, the national meet. Lawrence’s regional includes some of the top programs in the country and traditionally the Vikings have not found much success there. The team, however, will continue to train to be ready to compete. “We’re looking good going forward,” says Janusiak. “We’ve had good workouts and have great leadership. I think at regionals, we’ll have some really nice times.” The cross country team will compete at regionals next Saturday, Nov. 14 in Rock Island, Ill.