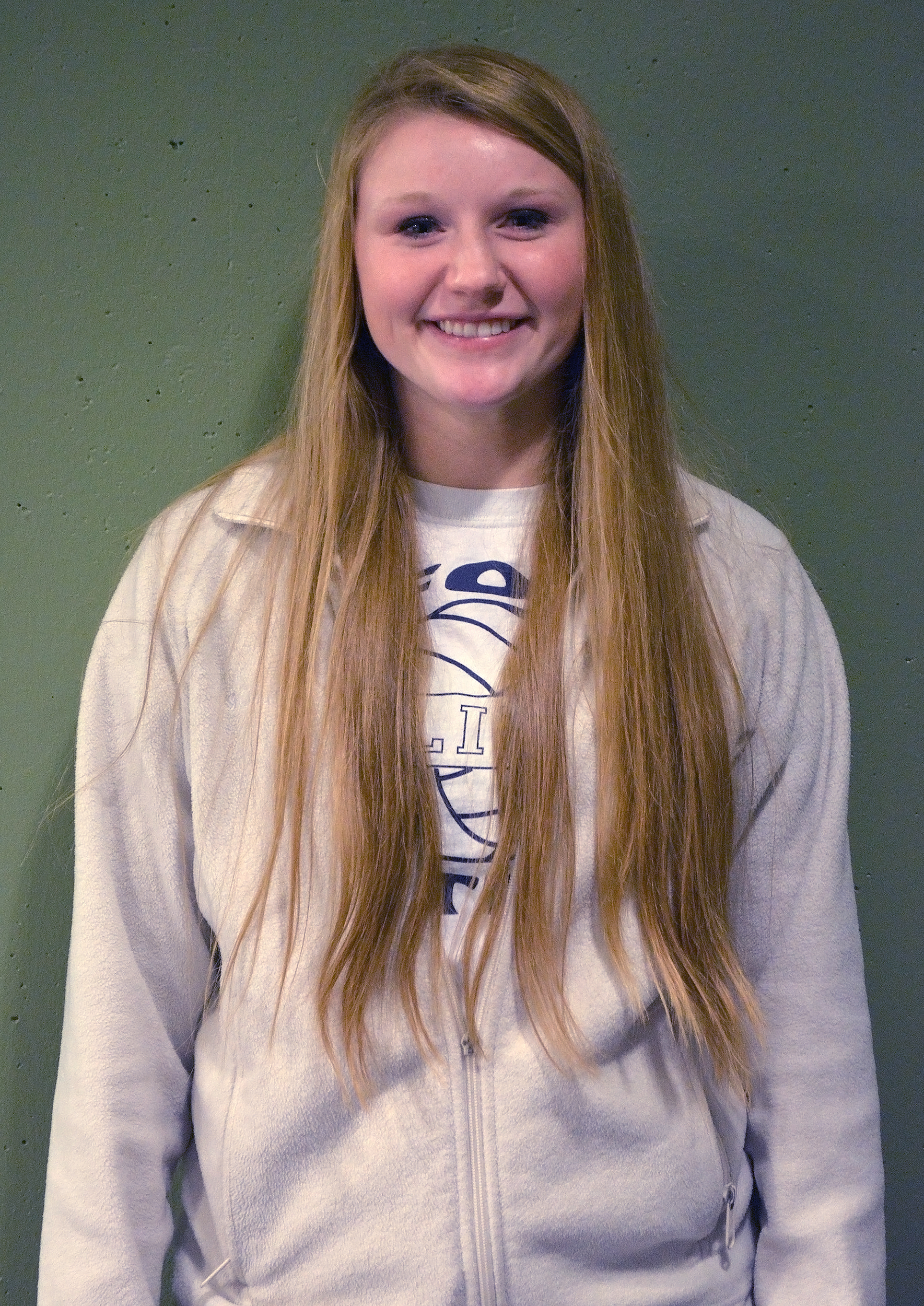 This week, I sat down with freshman and outside hitter Arianna Neumeyer on the Lawrence University Volleyball team. On Nov. 6, Neumeyer was named to the All-Midwest Conference second team. She was the only Lawrence volleyball player to be All Conference. This past season, Neumeyer led the team in kills with 215 and was third on the team in digs with 282.

Gabe Chapman: What does it mean to you to be named to the All-Conference second team?

Arianna Neumeyer: It’s a really big honor for me, especially as a freshman.

GC: What did you think of your first season with the team?

AN: Well, our preseason was a little rough, but once conference started, we really turned it around and played really well. This year, I think we made Lawrence history with the most wins in a season.

GC: When you go out on the court, what kind of example do you try to set? Do you lead by example?

AN: I’m not a very vocal person. I just go and do what I was taught. I try to keep everybody calm by doing what I need to do.

GC: How was your transition from high school to the Division III level?

AN: It’s a lot harder than high school was, but I kind of had an easier transition because I played club [league]. So the competition there [was] almost like college because I [was] going up against Division I players. So, it was easier for me to transition than other people.

GC: Was there anything you learned at the club level that helped you this season?

AN: The speed of the game was a lot faster. That really helped me. People would hit harder and dig more balls, so you’d have to be smarter [about] where you place your shots.

GC: What is one aspect of your game you’re proud of?

AN: I think my defense is pretty good, and my hitting is good for being 5 feet 6 inches. Usually hitters are either six feet or 5 feet 11 inches. Ever since I torn my ACL [Anterior Cruciate Ligament] my junior year [of high school], I’ve lost four inches off my vertical and I’ve had to be smarter about where I place the ball instead of hitting it harder, so I’m proud that I was able to get smarter in the game.

GC: Is there an aspect you’d like to work on?

AN: I can always improve in all areas, but one thing I want to work on is my serve. I have a jump serve, and I just want to get it to 55 miles per hour, if I can, by next year.

GC: What are you looking forward to this offseason?

AN: Just getting stronger and increasing my vertical. And building better chemistry with my teammates since we have such a young team—we only had two seniors—so we’re going to have the same team for the next few years. If we really build our chemistry this offseason, I think we’re going to be able to beat anybody.

GC: What’s your outlook for next season? Where do you want to see the team one year from now?

AN: I want to see us making the conference tournament and hopefully winning, but just making it because I don’t think Lawrence has made it in the past 15 years. We were so close this year—we were only one game away from getting there and I think next year we’ll be able to do it.

GC: What goals do you have for next year?

AN: Well, hopefully next year, I can get first team if I work hard. I would like to get 1000 kills and digs [after senior year], so setting goals so I can average around 300 each year. I wasn’t able to do that in high school so that would be huge for me if I could get it in college.

By Gabriel Armistead Chapman This week, I sat down with freshman and outside hitter Arianna Neumeyer on the Lawrence University Volleyball team. On Nov. 6, Neumeyer was named to the All-Midwest Conference second team. She was the only Lawrence volleyball player to be All Conference. This past season, Neumeyer led the team in kills with 215…