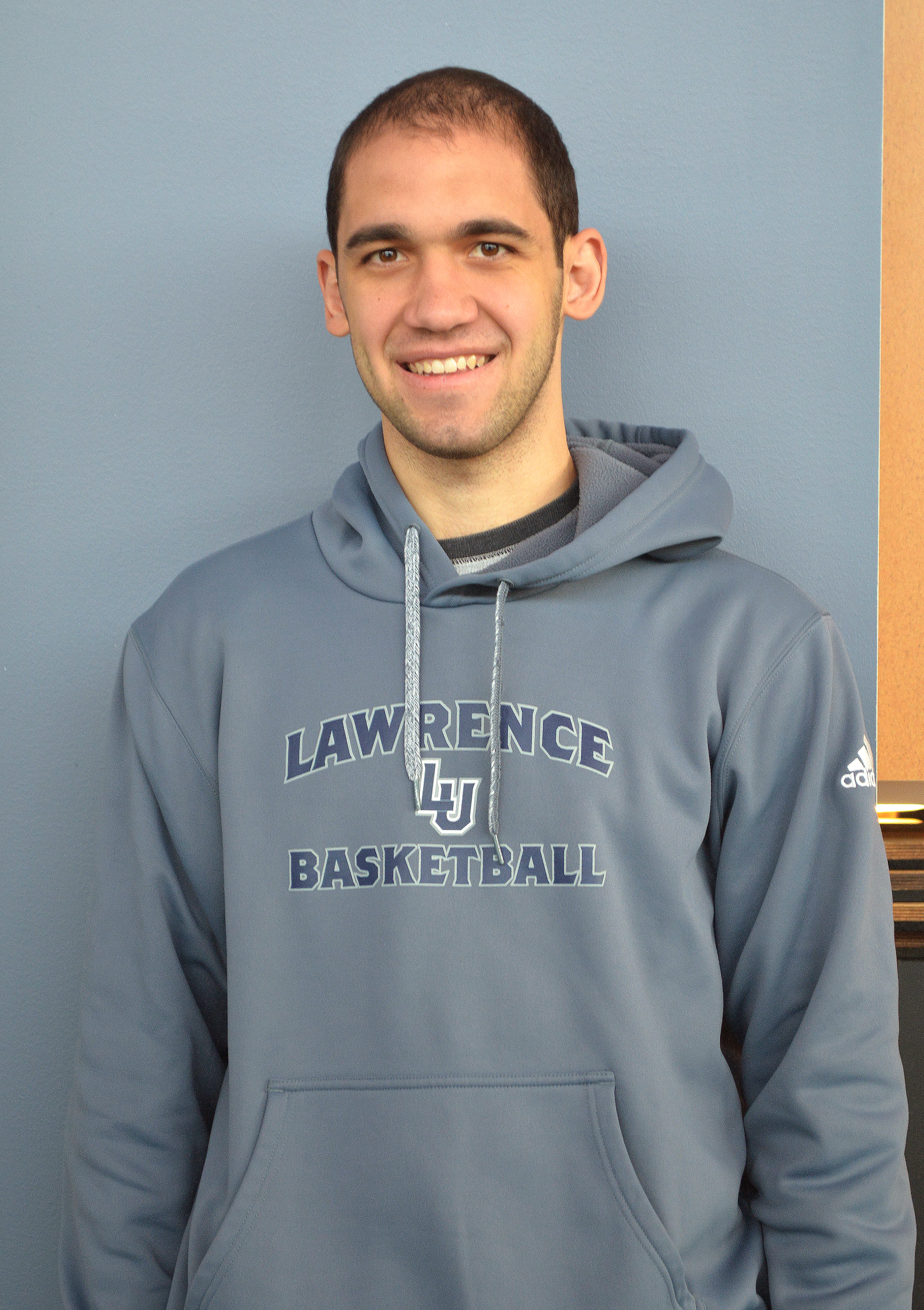 This week, I sat down with senior Jamie Nikitas of the men’s basketball team. Nikitas has developed into one of the team’s top players. He is an exceptional rebounder, a prolific scorer and one of the nation’s leading scorers. In addition, Nikitas is a new member of the elite group of Lawrence players to reach 1,000 points.

Gabe Chapman: You’re in some pretty good company scoring-wise at Lawrence. How does it feel to be part of that group?

Jamie Nikitas: It feels good. Obviously Lawrence has had some pretty great players come through here and to be able to be mentioned in the same sentence with guys like John Dekker ‘10, one of my teammates Ryan DePouw ‘15, Chris Siebert ’14 and Coach DePagter ’98 is a pretty cool thing to be able to do.

GC: How have you embraced your role as a scorer on the team?

JN: Well, I think my role has changed throughout my four years here, and so just kind of going with the flow. I knew I would be counted on for more scoring this year, and so adding certain aspects to my game—different moves that I can go to—was important for me all season. Last year, we had Ryan DePouw who was another 1,000-point scorer for us, so I knew that this year without him and with some of the younger guys, I would be counted on a bit more. It’s been fun; it’s been different and it’s interesting to see where the team is going.

GC: So it’s a role that you’ve welcomed and accepted.

JN: Yeah absolutely, I don’t think there are too many guys who would say they wish they weren’t scoring as much. You know, scoring gets a lot of attention, but it’s all about the little stuff—the right passes and plays – that’s a big part of that too.

GC: What other aspects of your game do you think you’ve improved upon the most over the last four years with the team?

JN: Well, jumping from sophomore year to junior year, my rebounding really improved. I think overall defensively my game has gotten better. In the past couple years, I’ve been counted on to guard the best perimeter offensive player on the other team, and I take pride in being able to do that and do it as well as I can. Size-wise we’re not the biggest team, so rebounding has been important. To be able to do that and to improve there is just a matter of wanting the ball—really an attitude to go for it. Free throws are something I’ve been trying to work on, but it hasn’t really shown yet.

GC: You’ve had a pretty prominent role on the team over the course of your four years, and you were a starter in your freshman year. How has that played into your role on the team and your success?

JN: Yeah, I think from the beginning, earning a spot in the starting lineup freshman year before the end of the season really gave me a lot of confidence going into my sophomore and junior seasons, and knowing that my coach and my teammates had the trust in me to be out there starting. As I’ve gotten older, I’ve become more of a big brother, instead of looking up to other guys, I’m being looked up to. In high school, I was a captain and started for two years as well, and so that has kind of come naturally. But really just having that prominent of a role has instilled a lot of confidence in my game, and that’s a huge thing in my opinion.

GC: Is there anything else you attribute to that kind of success, such as off-season workouts or personal mentality?

JN: Yeah playing with the guys every summer—we have a league in which a lot of the guys play in—so playing together really improves team chemistry, like knowing where my teammates like to get the ball and where they’ll be in certain situations has really helped for us as a team and me personally.

GC: At this point in the season, what’s your outlook on the rest of the year, and how do you feel about where you are right now?

JN: This past week and a half has been tough, we played a couple of good teams and took a couple of tough losses. An injury to Peter Winslow ’17, who’s a key player for us, hurts, especially with our lack of depth going in. We’re just taking it day-by-day now, we have a big game coming up against Carroll University, who has been doing really well so far this season. We’ve had some success against them in past seasons so hopefully that motivates us to play with some confidence and get a win, but at this point it’s really hard to look too far forward. I know that we’re better than what our record shows right now, so it’s only a matter of playing how we know we can play and gutting out some games that we haven’t in the past week and a half.

By Gabriel Armistead Chapman This week, I sat down with senior Jamie Nikitas of the men’s basketball team. Nikitas has developed into one of the team’s top players. He is an exceptional rebounder, a prolific scorer and one of the nation’s leading scorers. In addition, Nikitas is a new member of the elite group of…