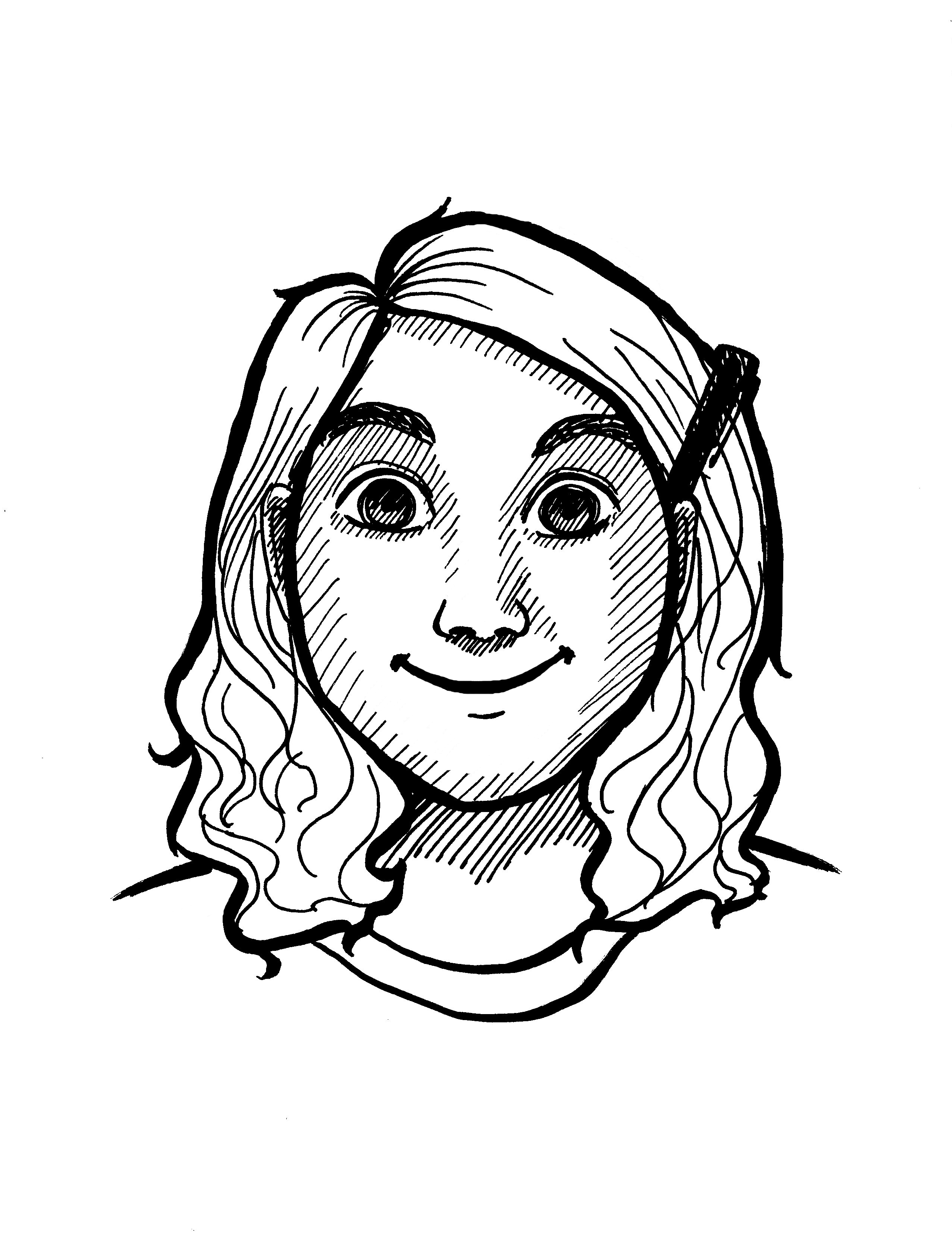 Art does not simply come into existence of its own accord. Everything comes about through a process.

“I love the process […] it’s so easy to mess up stuff, it’s so easy to have technical mistakes in your process,” junior studio art and French major Willa Johnson said. “I always love when that happens […] and that’s kind of linked to comics, as well.”

Johnson explained that her current favorite medium, comics, lends itself greatly to this idea of visible process.

“If you look at old comic books, they have half toned dot printing where the color is created by little, teeny dots. In the really old comics it’s on this really cheap pulpy paper, and some of its kind of shifted to one side. So it doesn’t match up,” she said. “It has all these crazy textures, I love that.”

These mistakes made in the process should not be overlooked. Oftentimes, we are trained to look at a piece of art and analyze its “true” meaning. However, Johnson wishes for onlookers to appreciate the process and the artist’s intent more than the actual subject matter.

“With digital stuff, I kind of want to draw focus away from the subject matter, so that people will focus more on the surface and the texture,” Johnson commented. “Drawing people out of that mode where they’re trying to see past the digital textures, and sort of stopping at that level.“

A reconsideration of the subject matter and its importance does not necessarily mean that art has to be meaningless.

“I like art that you can really dissect; stuff that has lots of different layers of meaning,” Johnson said. “I like that in art that I consume as well. All of my favorite books and music and comics and stuff have lots and lots of different meanings and themes that are overlapping that I have yet to unearth. I like that level of complexity.”

She has been figuring out how to bring this admiration for complexity into her own work. This term, Johnson in enrolled in an independent study that combines both her majors.

“[Comics are] a big part of French culture. So I am reading a bunch of classic French comics, and then moving into contemporary ones,” Johnson said. “[I’m] studying them, discussing them with my French teacher, and then instead of writing papers, I’ll be making comics sort of in that style, to sort of inspire my own work.”

She is taking themes from the comics and applying them to her own work, taking complex concepts and adding another level to their depth.

“I studied “[The Adventures of] Tintin and “Asterix,” which are two of the main classic French comics,” Johnson said. “Instead of writing a story in the style of them or writing an essay, I’m writing a weird meta-comic where they’re characters and I’m a character and it’s set in this weird, metaphorical space. [I’m] playing with reality and comics.”

This artistic license is only enhanced by the medium itself.

“The idea of being able to use both writing and pictures in conjunction is something that allows for a bunch of interesting […] idea[s] at the same time, Johnson said. “I’m attracted to […] the idea of having that interplay between words and pictures and finding the balance between [the both]. You could add more pictures to make it sort of abstract; you could add more words to make it more concrete. I think there’s just a lot to do in that medium.”

Going into the future, Johnson is hoping to do a lot more, although her plans are not quite concrete.

She speculated, “Who knows what will happen?”