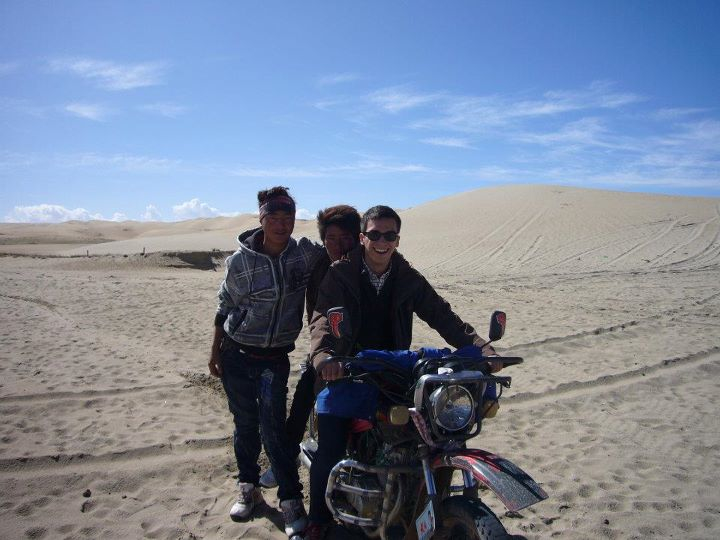 Last weekend, I finally left Shanghai for a literal breath of fresh air. Together with five of my intensive language program classmates, we traveled on the high-speed train to Hangzhou. I incorrectly assumed that we would be visiting the small picturesque town depicted in my travel book, but when I arrived I discovered that the pictures I had seen were only of the historic sights — not the sprawling city built around the old history.

Hangzhou has a population of about 9 million, but is only known outside of China for its historic West Lake. While floating on the manmade lake, built in 900 A.D., I could see off in the distance a new era in history books built up in the neon glow of a new bustling business center.

We tried the local flavor — a large block of pork fat marinated in a bowl of brown liquid. Although it looked like a Mexican flan, the delicacy tasted salty and savory. I have to say that even in comparison to the massive scorpion I ate from a street vendor later that night, this pork delicacy was extremely gross, since it is a block of fat slightly smaller than my fist.

We’ve also visited the Lingyin Temple, situated outside of the city and accessible through the public bus system. We took a cable car up the mountain and saw the massive city from it highest point. It began to thunder and lightning, so we almost immediately took the car back down and went to explore the Buddhist carvings, carved out during the Qing dynasty.

One thing to be said about Hangzhou is that the air is notably cleaner than Shanghai air. When I first arrived in the center of the city I was convinced that I could actually see farther in the distance, down a street through the fresh air.

I especially loved the smell of wet grass and dew on leaves. The parks were incredibly green and the Chinese gardens were exploding with water lilies stretching high out of the water and hailing the sun, bowing in the direction of the sun as the day grew from morning to evening.

The blue sky was also such a surprise that at one point my hands were on my head and I was asking the others in the group if they were also experiencing the same awe I was. Everyone unanimously agreed that the sky was notably different, and I knew I needed to calm myself before making a scene on the sidewalk.

While writing this, there is a lightning storm outside my window that sounds the way a metal sheet imitates thunder behind stage at a low budget play. There is a constant wobble and then the occasional flash interrupted by a large crash and sometimes visible bolts in the distance. I’ve never experienced weather patterns like this, even in the Midwest, where twice-a-week sirens call out to tell us to hide in our basements.