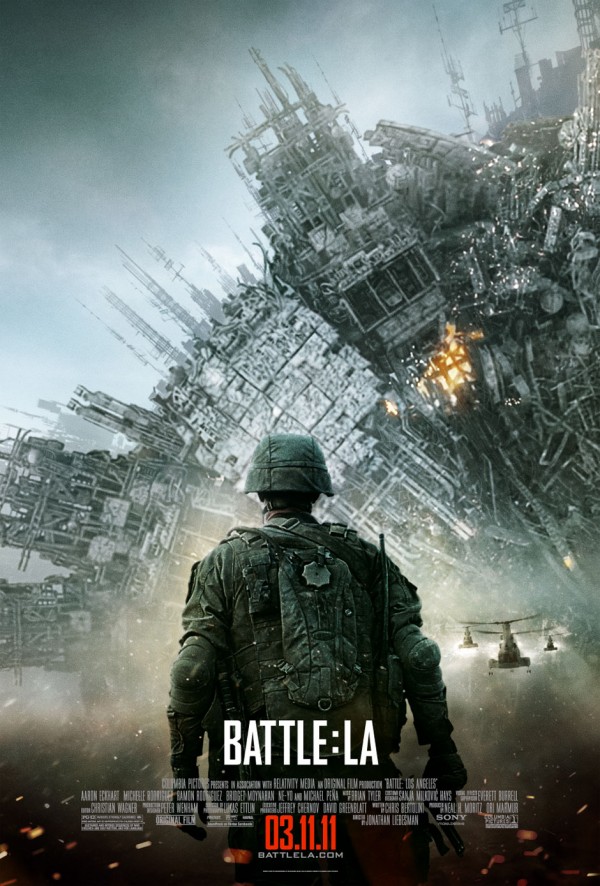 As special effects have improved over the years, there have been many more films that concern alien invasions. These films are generally formulaic in nature: aliens attack a large city — or several — and humanity appears to be on the brink of destruction, until a select few brave Americans find a way to defeat the extraterrestrials.

Because these films have such a set structure, they sell — and are usually quite entertaining. That is, until “Battle: Los Angeles” came along.

The title refers to a false alarm in World War II after unidentified aircrafts were spotted by the U.S. military. The military believed that the aircrafts belonged to the Japanese. Some time later, people began to believe that the ships were UFOs, which is where “Battle: Los Angeles” gets its plot.

The film begins with a meteor shower that is suddenly spotted in the atmosphere a day before it is to strike the earth. The speed of the meteors tells the military that it is not something natural and is in fact an invasion. Within a few minutes of impact, the city is under attack and the soldiers are deployed to fight.

From its very beginning, the film is a mess. In an attempt to get the viewer to care about the platoon, Liebesman focuses a minute or two on each soldier. As a result, it is difficult to keep track of the characters. In addition, the first 10 minutes of the film feel extremely jumbled and incoherent.

The only character that truly stands out from the others is Sergeant Michael Nantz, played by Aaron Eckhart. Nantz begins the film by submitting the paperwork for his retirement. Of course, as per the cliché, he will learn to love the Marines again as the film progresses.

A bigger problem with the film is the directing and editing. In interviews, both Liebesman and Eckhart have stated that they wanted the film to have the feeling of a realistic war film rather than an alien action film.

Because of this, Liebesman over-utilizes the handheld camera, which serves more as a distraction than anything else. It also results in the film looking like a mesh of “Black Hawk Down” and “Independence Day,” a strange combination that simply does not work.

While it is an interesting idea to shoot the film more “realistically,” it takes away part of the joy of an alien invasion film, namely the showcasing of the aliens themselves. The aliens do show themselves occasionally, once quite graphically in an autopsy, but there are not enough shots of them up close. They are constantly filmed from far away shooting at Nantz and the platoon. Without highlighting the aliens, the film becomes merely another below-average war film, of which there are several.

The acting is the strongest aspect of the film, something rare for a large-budget action film of this sort. Eckhart does the best he can with a weak script that focuses too much on one-liners and at times feels a little like a PSA for the Marines, with lines like, “Marines never quit!”

In the end, an interesting idea for a film fell short. At best, “Battle: Los Angeles” serves as a lesson to other filmmakers: Don’t misplace the fiction in science fiction.