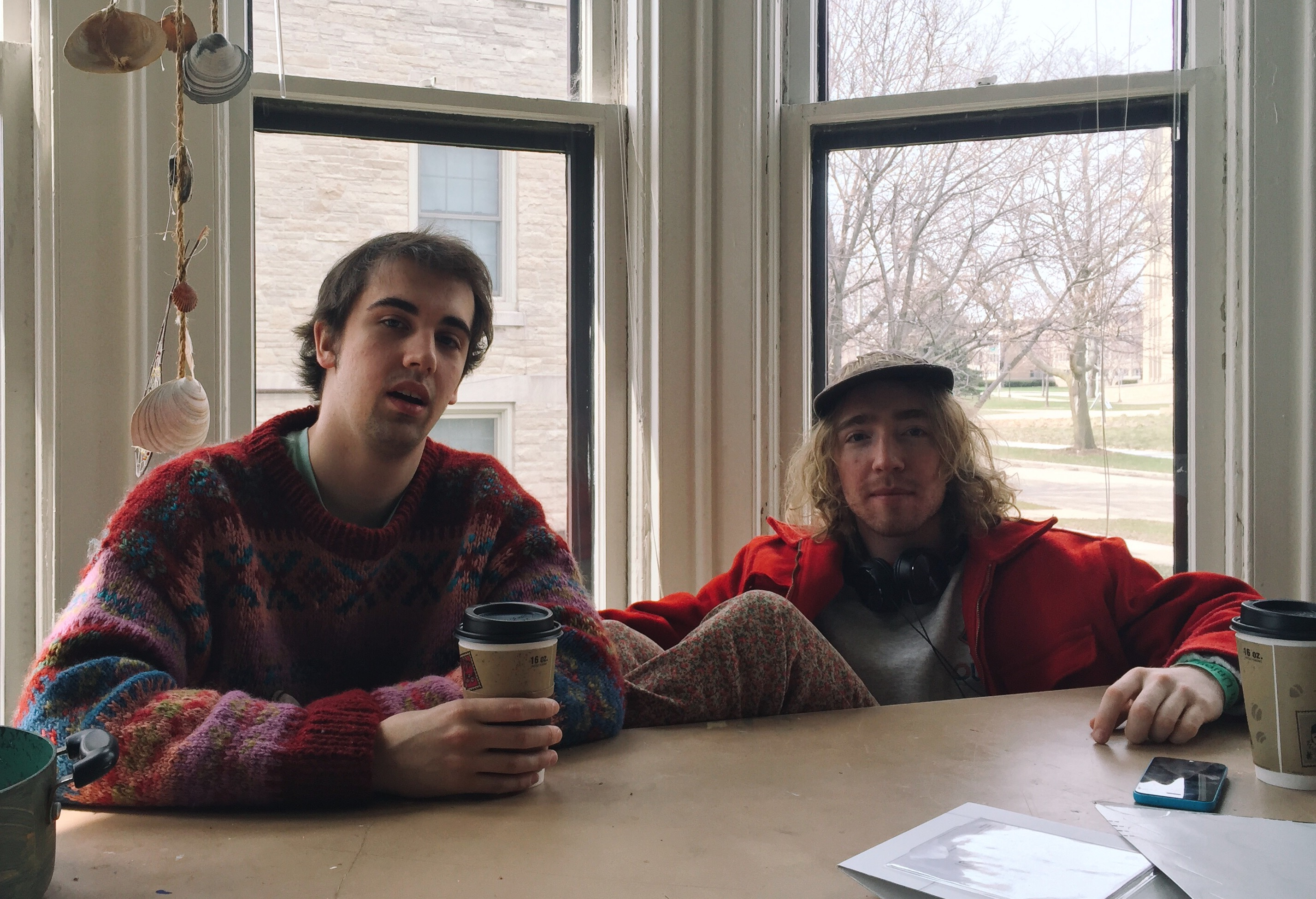 With graduation quickly approaching, our time with the members of the Class of 2015 is getting short. To give us a better idea of what the seniors are doing after Lawrence and how they got there, this column will feature a different senior each week for the rest of the year. This week’s seniors are Will Fraser and Fez Felzan, who are planning on moving to Minneapolis together to work and pursue music.

“I’m just trying to work some s*** job, and make things,” Fraser said. “I would like to make music and write and make art and make friends.” Felzan, meanwhile, is looking for positions that correspond to his geology major. “I’m speaking at a conference in Minneapolis coming up, so I’m hoping to do some networking there and see what I can do,” he said.

Both plan to continue working on their music, whether that means continuing to play as their current band Wild Firth, or starting something new. “We want to keep things going [with the band], we just don’t know exactly how it’s going to play out,” Fraser said, adding, “Ridley [Tankersly, Wild Firth guitarist] is very sad.”

Because the two are planning a future together, I was curious as to how their relationship began. “Huh,” Fraser said. “I think—I don’t know,” Felzan said. “Well, I remember saying to you, on Hurvis Crossing, ‘nice shirt’,” Fraser remembered. “Because you were wearing that Tame Impala shirt.”

“Oh yeah, that’s a sick shirt,” Felzan said. “I don’t know where that shirt is.” Somehow from there, the two became aware of each other’s involvement in music and formed a band together.

“We’ve played so many shows in the same houses,” Felzan said, and noted how significant the support from campus was to the development of their music—but both are ready for the next step.
Being in Wild Firth has been a formative experience for both of them in their time on campus. “For this music, I’m excited to play it in a bigger city where people are really going to shows to see your band or to see your type of music that you do, instead of going to a show to get drunk and have a good time,” said Fraser. “Which is great in its own way, it’s just a different thing.”

Both noted some on-campus groups, such as the Artistic Expressions House, as being particularly influential, but expressed a wish in seeing those groups influence each other more closely. “I wish there was a little bit more permeability between groups of people, that they weren’t so defined and categorized and cliquey,” Fraser said. “We’re all just like, doing the same thing, we’re all not that different from each other.” I comment that I have heard other students here say something similar, that the defined groups of people can make you feel closed off and trapped.

“I also think when you’re always around the same people, they start to understand you or get a pretty good idea of what you are, in their head, and I think that causes you to be overly introspective and to keep examining yourself,” Felzan said. “I think a lot of people are overly self-conscious here [at Lawrence] and analyze every single thing they say and do.”

“I think there’s a paradox,” Fraser said. “I said not to take oneself super seriously, but I feel like that needs to be revised. You have to take yourself seriously, but you have to trust people and a lot of the times I feel like—say I speak like a paragraph to someone, in conversation—here, there’s just this tendency for the other person to latch on to one sentence or word or typo and pull that out of the conversation and spit it back as a self-conscious defense mechanism, as like this is one thing I can talk about, and I think it’s really fragmented.”

This “sound bite idea” in media and conversation is something I think we’ve all become familiar with, and Fraser went on with an anecdote about how when his advisor first began teaching here ten or so years ago, she would walk into classrooms to students talking non-stop before class began. Now she would walk in and everyone would be consumed by their phone. “That’s like, a whole other can of worms,” Felzan said.

However, to them, their experience with different ways of communication can be utilized to our advantage after Lawrence. Both Felzan and Fraser realized that after being here for four years.

“I think in a close environment like this, you get to talk to your professors one-on-one all the time, develop relationships with people and know how to act professionally around them even when you don’t like them—that’s more what the real world is,” Felzan said, attributing this kind of environment to his increase in maturity level. “I don’t know, I’m giving the whole small-class-size spiel. I do think you develop and manage a lot of meaningful and interesting relationships here, and the ability to do so is an important skill.”

Fraser also considered how he had changed in his four years at Lawrence. “I’ve gone through phases of being more serious and being goofier,” said he. “I was very serious for a long time but I’m starting to remember I’m goofier.”

“Maybe you can cut out the small-class-size spiel,” Felzan said to me.

“I’m also thinking about how as a freshman, it helps to realize there isn’t any capital-T ‘Truth,’” Fraser continued, “and that you should just take a bunch of classes in all sorts of areas because they all [have] different perspectives, and it’s really fascinating stuff. Maybe that’s where I’m getting at with not taking yourself or your own viewpoint too seriously.”

When asked if they had any other advice for young Lawrentians, Fraser straightened and said, “You know what? When you do the math, you pay like $5,000 for every class you take here. It breaks down to $500 a week. So I don’t know, go to class I guess. I think there’s no excuse for that.”

“I think this is a small thing anyone could probably fight me on, but everyone says ‘oh getting a full night’s sleep is more important than staying up all night to finish that assignment’ and I think that’s wrong,” Felzan asserted. “I think you need to work your butt off and stay up all night, it’s a rite of passage I think, to learn how to work really hard.”

Both Fraser and Felzan are excited to move on to the next phase of their lives, one where they will not need to put their health at risk to finish assignments.

With graduation quickly approaching, our time with the members of the Class of 2015 is getting short. To give us a better idea of what the seniors are doing after Lawrence and how they got there, this column will feature a different senior each week for the rest of the year. This week’s seniors are…