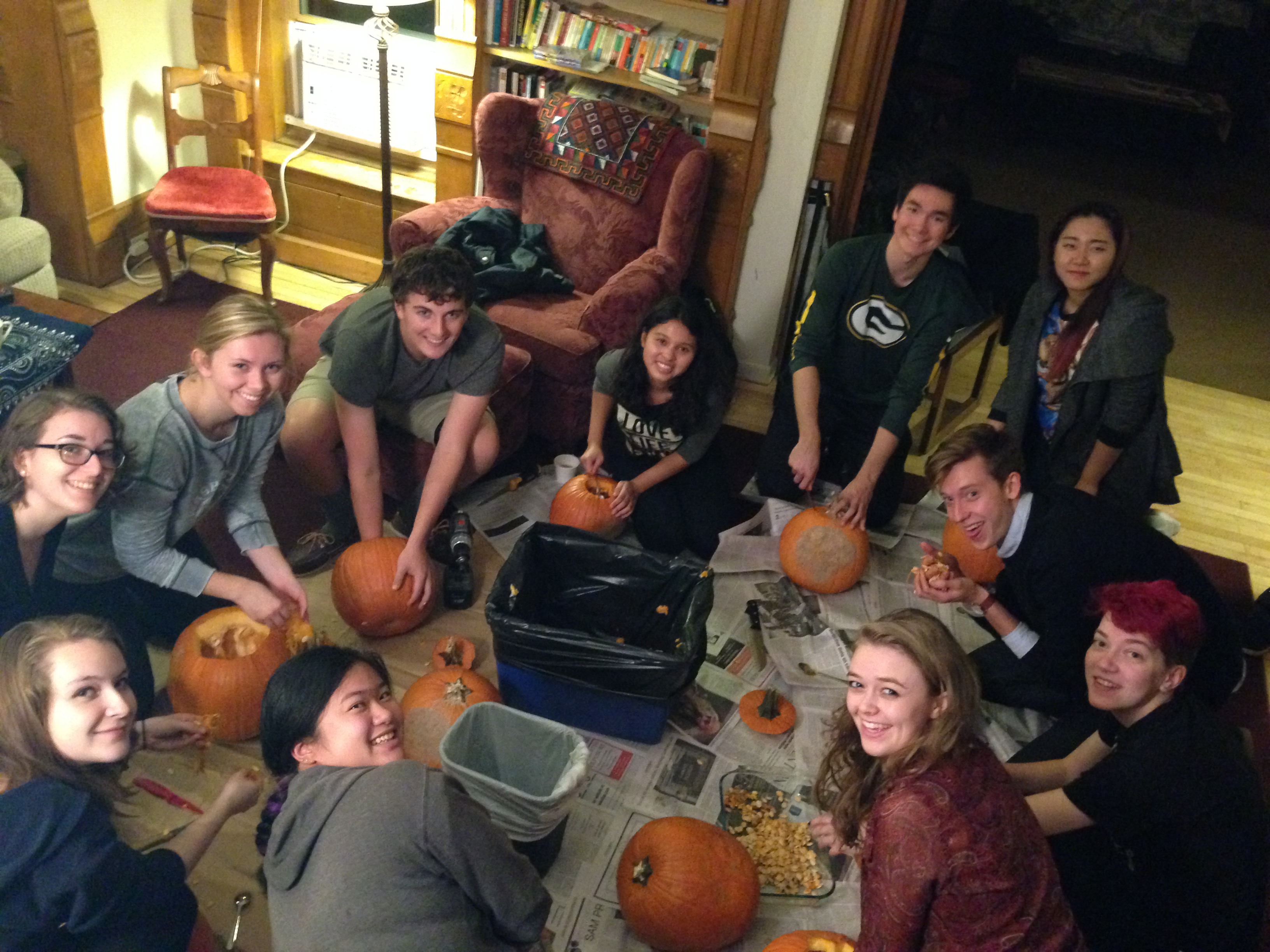 Three years ago a program was made to help freshman make connections, get oriented to campus, understand campus resources, and balance expectations. CORE was established by Dean of Students Curt Lauderdale and Campus Life Student Organizations Coordinator Nick Paulson. Two full programs have happened since. This fall will mark the third official year of CORE.

Associate Dean of Students for Campus Programs and alumna Paris Wicker ’08 says the CORE program is “still constantly changing. Last year we changed the groups and the students did not like that. They wanted to stay with the same group from Fall Term as they found it difficult to meet new people and build new trust. This year we decided we are not going to change groups and it will stay the same for both terms. This coming year we are going to have a CORE group just for transfer students.”

Wicker believes that the qualities of a strong CORE leader are being “self-aware of own identity and identities of people around them, caring and compassionate, remembers own experience as a freshman, willing to do the small things that add up, flexible and listens and follows the group’s needs.” She says that while being a CORE leader “you learn a lot of valuable transferable, lifelong skills such as group facilitation, empathy, suicide prevention and mental health resources.”

Junior Jackson Straughan and senior Makenzie Nolan share their reflections on the CORE group they led this year. Straughan and Nolan agree that “this group is beyond what we could have imagined. It comes down to showing up and supporting each other.” Despite CORE typically ending after Winter Term, this particular group was granted permission to continue into the spring due to the enthusiastic members. “What I think made our CORE group so successful to the point of continuing on for a term is that we all have grown really close together since these past two terms. Everyone has put into the CORE group what they wanted to get out. A part of that helps with being motivated and engaged in our weekly topics and really opening up to members of our group through personal experiences and general openness. These factors go a long way in making a great connection and experience for everyone.”

Straughan shares that this is his first year being a CORE leader. Nolan, on the other hand, has been a CORE leader for two years. She did not have CORE when she was a freshman, and says, “I think we can benefit from support systems. CORE is getting to know a group of people you would never have met before and maintaining those relationships. We have something to gain from uncomfortable situations. I think putting yourself out there in those situations where you open yourself to others allows you to really get more out of [your education, in] that you learn more about yourself and other people.”

Nolan and Straughan agree that the community building activities where everyone is sharing their own personal experiences and opinions were their favorite moments of CORE this year. Nolan comments that some activities included, “Pumpkin carving party, making food and showing interests. The relay was fun, awkward and a great way to break the ice.” Straughan adds, “Another moment would be our activity involving uplifting statements that are addressed to people, backs turned outside the circle and eyes closed, and the people inside deciding who they have connected with on a personal basis of being influential, or who the people deciding, had a big heart. It was really powerful.”

On the topic of anything they would have improved on Straughan exclaimed, “Absolutely not! Every moment has a special place and meaning in our CORE group.” Nolan agrees that she would not have done anything different this year, but in the past years, “wishes there was more dialogue and input about what everyone wants to talk about and working to create a better sense of safety for students.”

Both agree that underclassmen should consider being CORE leaders because it gives them the opportunity to give back to the Lawrence community as well as make personal and meaningful relationships with peers that they may not have had in the first place. When asked about potential advice for underclassmen who are considering becoming CORE leaders, Nolan stated, “You have to want to do it because you feel you had a unique experience that freshmen can benefit from. Doing it for the money or your resume is not a good reason because it is all about the freshmen. By keeping this program alive you are trying to create community and doing something to help others.”