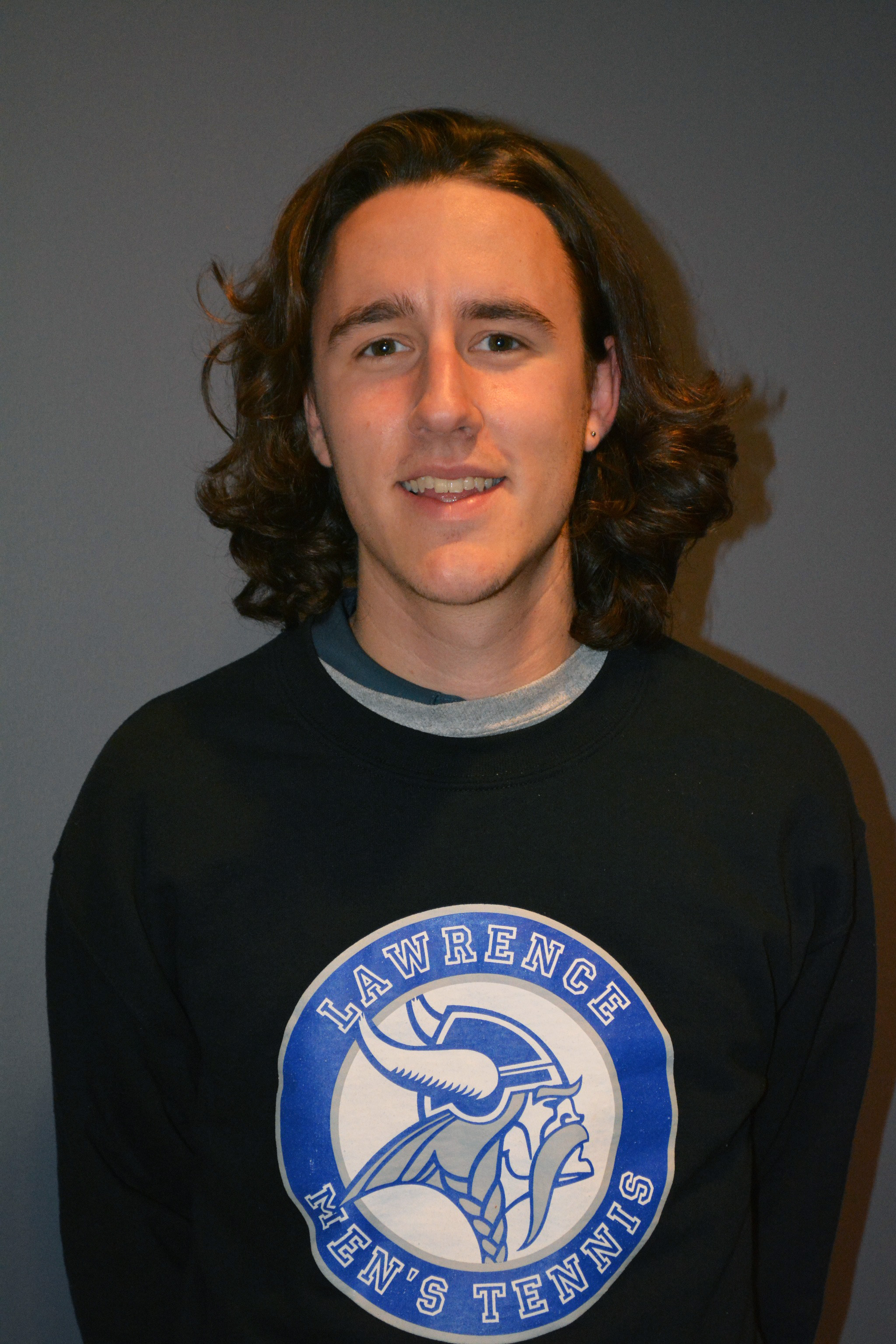 This week I caught up with senior Brian DeCorte of the Men’s Tennis team to talk about the season and life on the tennis team. DeCorte was recently named the Midwest Conference Player of the Week after having a perfect week—posting a 2-0 record in both No. 2 singles and No. 1 doubles. This is the first time he has been chosen for the award.

Gabe Chapman: Congratulations on being named Player of the Week.

BD: Well tennis is so mental, and all the work from the last three years and the accumulation of all the matches has started to pay off. I just feel a lot more confident going into matches.

GC: You’ve been having success in singles and doubles, do you have a preference between the two?

BD: Probably when doubles is going well it’s more fun than when singles is going well because you get to share it with someone else. My partner is ridiculously good so that’s really nice. But it’s hard—it’s like splitting hairs. They’re both super fun.

GC: How is it playing with [teammate] David Jumes?

BD: It’s awesome. He’s one of the best players in the conference. Every day he shows up he’s really good, so I can always count on him, and he’s generally the best player on the court when we play doubles.

GC: Do you build off that?

BD: Yeah, I definitely get confidence from him. I don’t have to play with any nervousness because I know that if I make a mistake he probably won’t make a mistake [laughs].

GC: How has this season compared to your first three?

BD: Freshman year was the best year in terms of our record—we got second in conference. Then we lost our four best players and the next couple years were pretty much rebuilding. They were pretty rough at times, but this year we have four seniors and a couple good guys came in. This is the best year we’ve had since freshman year for sure. It’s really nice to be winning again.

GC: Where do you think you’ve improved most with your game?

BD: Probably mostly the mental side. Sometimes I felt like I just refused to lose, and I haven’t had that the past few years, so I’m definitely tougher mentally. And, everyone has definitely improved their hair since last year.

GC: That’s pretty important. What are you looking forward to the rest of the season?

BD: Well, we’re 4-1 in conference now and we have four matches left so if we win two of them we should make it to the conference tournament, which is pretty much our main goal.

GC: How is the competition looking ahead?

BD: It’s pretty tough. We still have to play the two best teams in the conference, and then there are two other teams that we are pretty even with so if we come out and play well we should be successful.

GC: Do you guys have any pre-game rituals to get you guys pumped up before matches?

BD: Absolutely. As far as the team goes we have a new cheer every year that’s generally based off of a children’s nursery rhyme or game, so this year we’re doing Duck Duck Goose. We start off doing a little duck, duck, goose and that leads into our cheer and we get all hyped doing that.

GC: What about you, personally?

BD: I don’t know. I don’t do anything in particular, mostly just being as energetic as possible in warmups. I feel like that carries over most of the time. If I’m sluggish in warmups I play bad[ly], if I’m energetic I play pretty well.

Photo by Emei Thompson This week I caught up with senior Brian DeCorte of the Men’s Tennis team to talk about the season and life on the tennis team. DeCorte was recently named the Midwest Conference Player of the Week after having a perfect week—posting a 2-0 record in both No. 2 singles and No.…