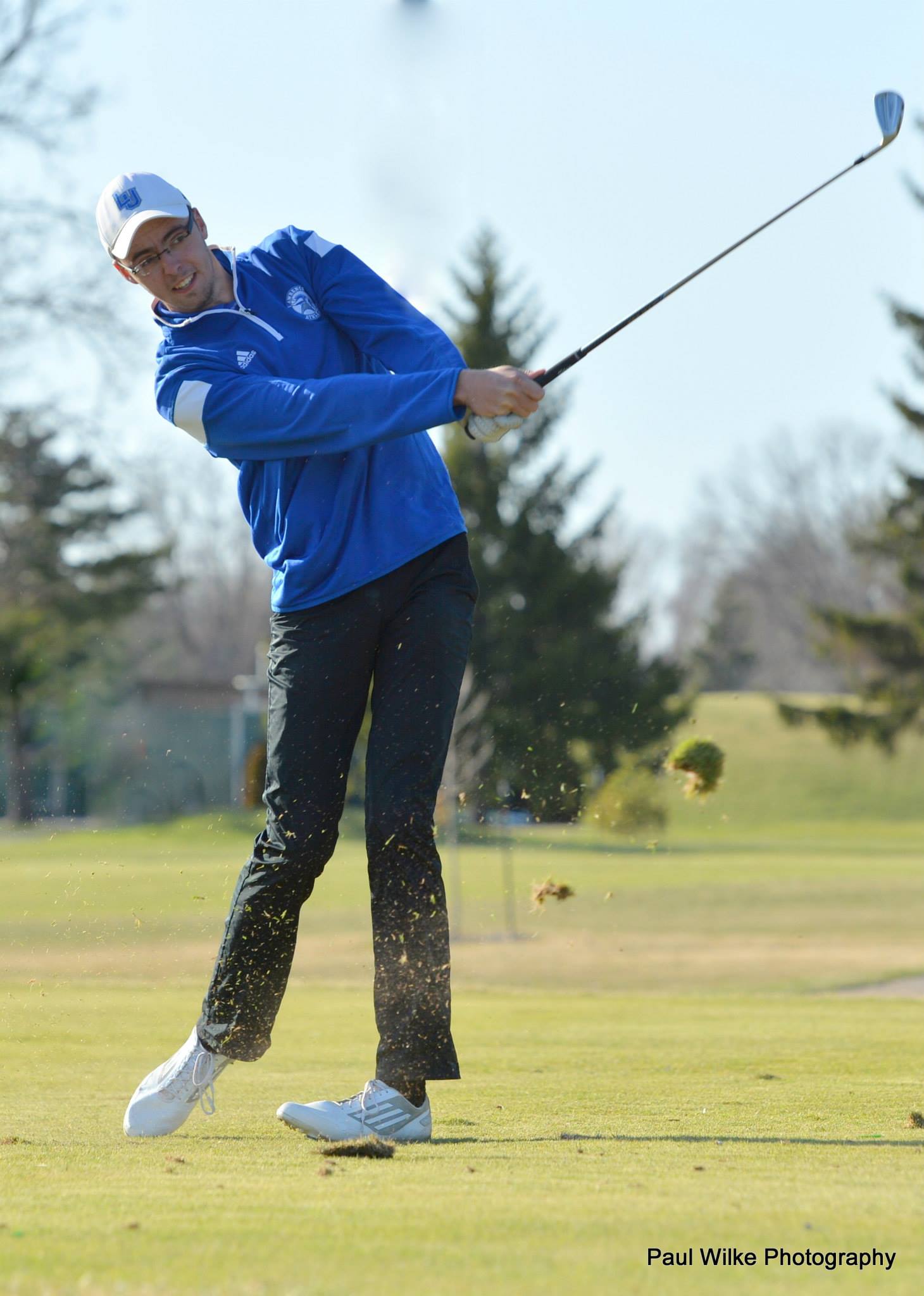 This week I sat down with junior Nigel Schuster of the Golf team. Schuster is one of the top players on the team, and recorded a career-low round this past weekend at the Forester Invitational. The score tied him for second place, and also garnered him Midwest Conference Player of the Week honors—the first Lawrence golfer to receive the honor in three years.

Gabe Chapman: Congrats on being named MWC player of the week. How did you feel going into the match?

Nigel Schuster: Thanks a lot! The day before I carded an 82, but was striking the ball really well. For me it was just a matter of getting my game around the greens going. The night before I watched Cops and bought some Captain Ahoy Chips and V8. It seems that that was the right combination for the day!

GC: What do you think you did well that day?

NS: My long game on the front nine was amazing, which lead to me being three under par after eight holes. On the back nine, my short game kept me in the game. We as a team put a bigger focus on working out and increasing our physical strength. This really payed off.

GC: What do you think you could have done better?

NS: Since it was cold until last week, we did not have a lot of chances to practice. Thus, I still lacked some stamina. I had several shots on the back nine, that got me into some trouble due to a lack of concentration. Looking ahead to conference, this will be my focus.

GC: What was going through your head when you realized you had a chance at a career-low score?

NS: After hole eight I knew it would be a really great round, actually three under was the lowest I ever was in my career. Realizing that made me very nervous, my next drive went straight into the woods. Luckily I was able to more or less able to keep it together. Towards the end of the round I was rather upset that I was not able to do better.

GC: What are you looking forward to most this season?

NS: Definitely conference at the end of April. It is the most important meet of the season and it will be played at the course I just shot my career low. But it is a double-edged sword. It will also be the last tournament for the Lawrence University Golf team, because we will be a club team next year.

GC: What expectations do you have for yourself going forward?

NS: My goal is to win conference—no question about that! After this term I will be leaving Lawrence and this will be my last varsity sports experience. After taking third last year, I want to leave a mark by winning!