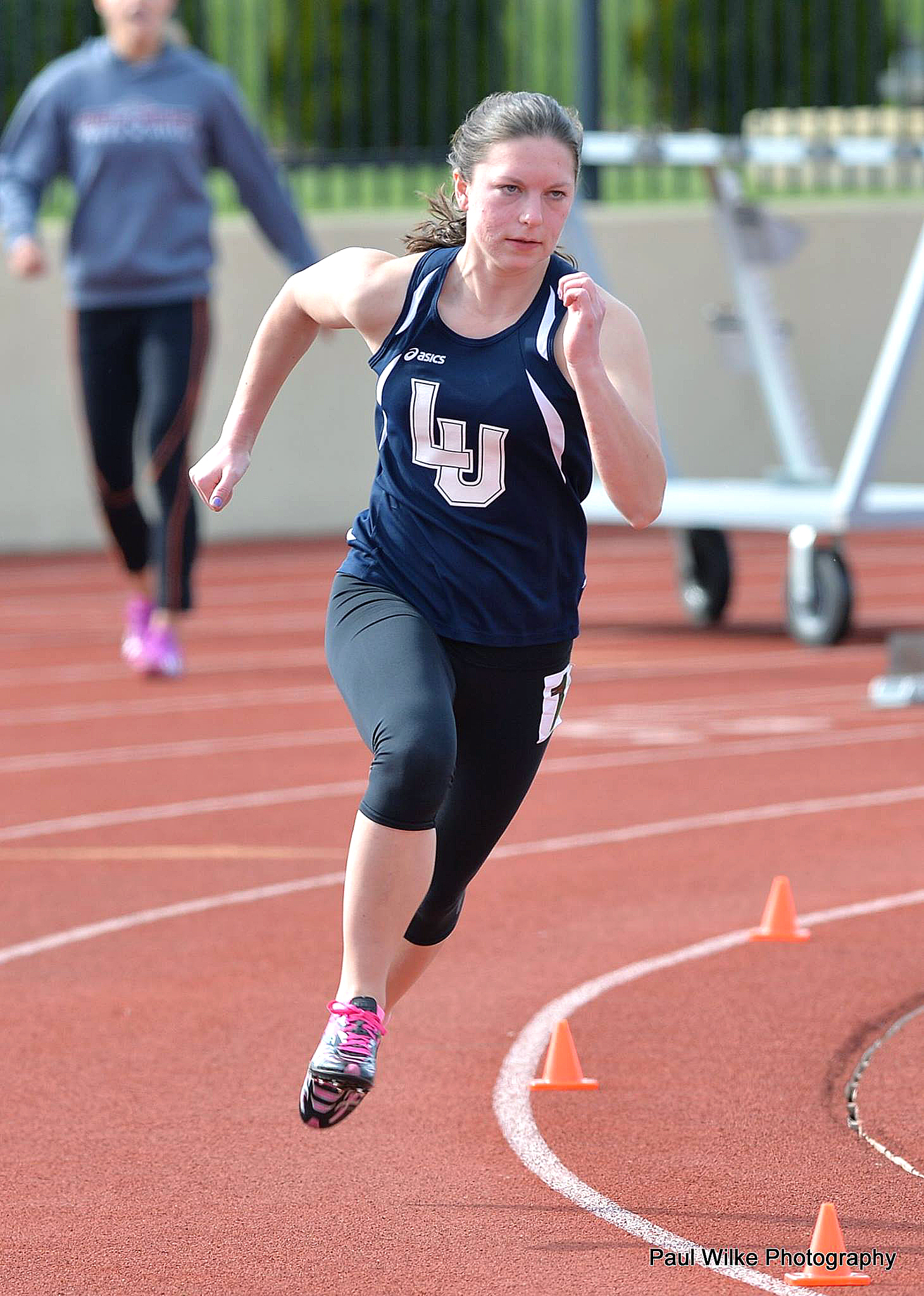 Sophomore Janey Degnan pushes with determination to round the track.

The Lawrence University Track and Field team had another chance to test itself against other Midwest Conference teams this weekend at the St. Norbert Invitational. Among the 13 teams were conference rivals St. Norbert, Lake Forest, Ripon and Carroll. Out of all the teams, the Viking men finished seventh with 55 points and the Viking women finished eighth with 42. St. Norbert won the meet on both fronts, their men scoring 258 points and their women scoring 145.

Despite the stiff competition, several Lawrence athletes were close enough to taste a first place win. On the men’s side, senior Cam Davies was narrowly edged out to take second in the 3,000-meter steeplechase in 9:41. Freshman Josh Janusiak also took second in the 5,000-meter run with a time of 15:41, just two seconds behind the leader. Freshman Dan Sandacz finished in third in the viciously difficult 400-meter hurdles, showing his talent in what promises to be an exciting Lawrence Track career.

Senior Clare Bruning led the field for the women with her second-place finish in the 5,000-meter run with a time of 19:03. Close behind her was sophomore Erin Schrobilgen in 19:10 in third -place, again displaying the Lady Vikes’ talent for pack running. Senior Liz Landes also took third in the grueling 10,000-meter race, the longest race in track at over six miles. Landes finished in 42:50.

While the men and women finished seventh and eighth respectively, the more important statistic is how the teams compared to the other conference teams. Although the field was very different than it will be at conference, this can serve as a sort of midseason preview for the championships in May. At 55 points, the men still sit behind Ripon, Carroll and St. Norbert with Ripon being the closest with 68 points. The men finished well ahead of Lake Forest (18), but team’s next target should be Ripon, a team that Lawrence has historically been very competitive with.

The women, who finished in eighth, almost doubled Ripon’s score of 23 points, but sit well behind the next conference team Carroll, who took second overall with 139 points. Look for the team’s young members to step up in the next weeks to close that gap. Some members of the Lawrence track team will compete next at the Hillsdale Gina Relays on Saturday, where they will get the chance to test themselves against DIII talent from across the country and push for better seed times for Conference. The rest of the team will compete at UW-Whitewater on Saturday in an effort to improve their standings.