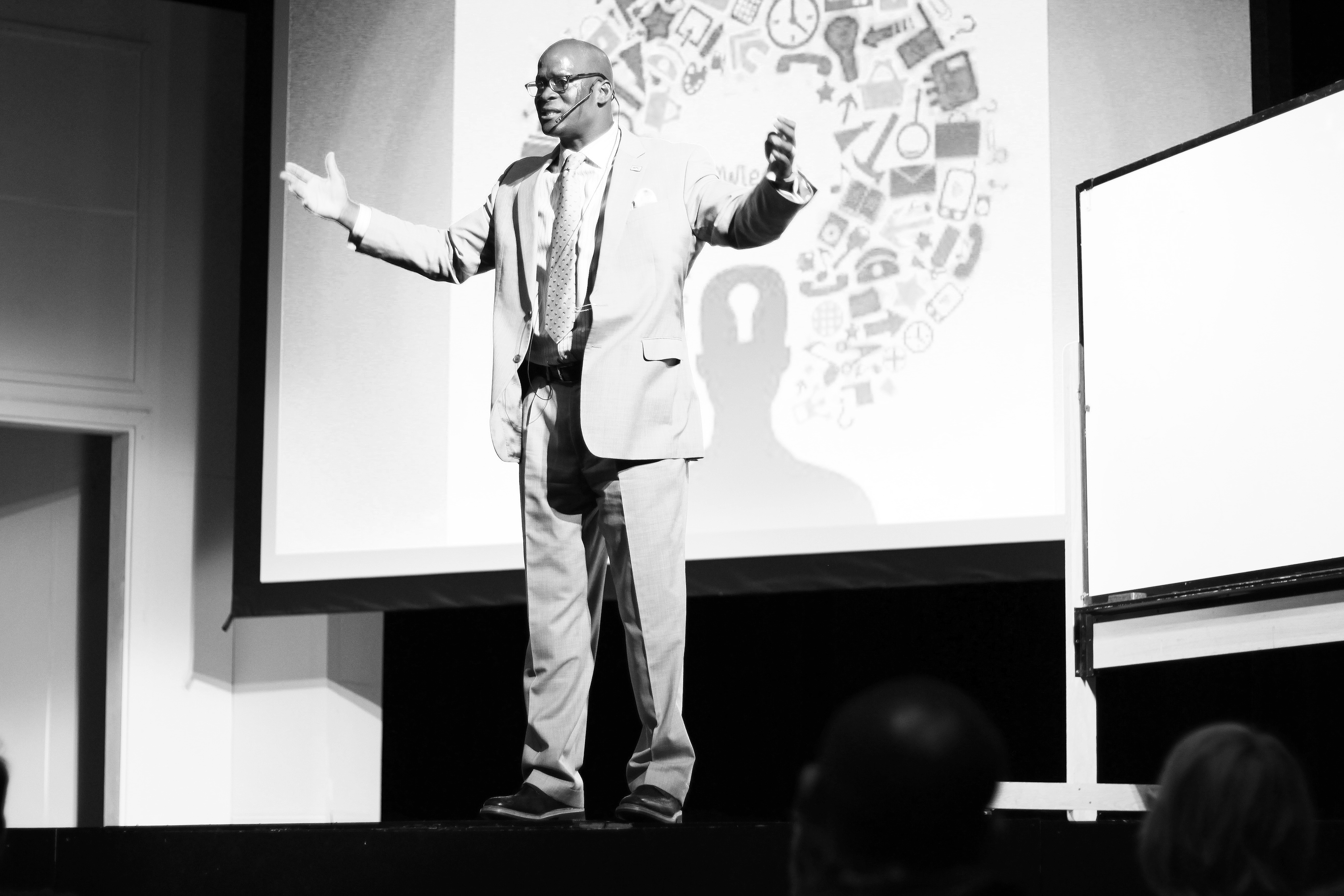 On Thursday, April 21, in the Stansbury Theatre Director and founder of The Privilege Institute and The National White Privilege Conference, Eddie Moore Jr. delivered a presentation on diversity, privilege, oppression and leadership. The presentation, titled “Diversity, Privilege and Leadership: Are We Making Any Progress?” was an “interactive, informational and challenging keynote that [examined] and [explored] issues of diversity, privilege, oppression and leadership across America,” and was open to all students, faculty and staff.

Moore received his Ph.D. in Social Foundations of Education from the University of Iowa. He then went on to pursue a career in academia and business, whilst always focusing on diversity and community service. His presentation was co-sponsored by the Committee on Diversity Affairs (CODA) and the President’s Committee on Diversity Affairs (PCDA) “as part of [their] shared mission to promote and enhance diversity and inclusion at Lawrence,” as Chair of PCDA and Associate Professor of English and Diversity Enhancement Faculty Director Karen Hoffman expressed in an email sent out to the student body.

When introducing Moore, Hoffman highlighted the fact that the speaker is a Cornell College graduate. “He earned his bachelor’s from Cornell College, a selective liberal arts college in Iowa. So, when it comes to liberal arts, he gets our intellectual environment, and our academic community,” said Hoffman characteristically. After providing the audience with a brief expositional overview of his presentation’s subject matter, Moore clearly stated that no audio or video recordings can be made of the event.

The first part of Moore’s presentation focused on discrimination as a product of the ideological environment that an individual is brought up in. He alluded to his own background as an individual who grew up in Florida in a community comprised mostly of African Americans. “It is hard work,” Moore would say when talking about the responsibilities of each and every individual in reshaping their mindset and readapting their worldview to best suit the current social landscape. As Moore expanded on this idea, it became apparent that diversity’s effect is of telescopic nature; it starts with the individual, who then introduces this new mindset to their family, their workspace and their social circles.

In the second part of his presentation, Moore drew a timeline, starting with the formation of the U.S. on one side of the spectrum and ending in the present condition of this nation. Then, in collaboration with numerous members of the audience, Moore identified the core ideologies on which the U.S.’s society was originally founded and then attempted to identify the dominant social concepts in today’s world. He then asked the audience whether or not any social progress could be observed in this timeline, and if so, how far has American society gotten. The conclusion of this short exercise was that, even though today’s society has deviated largely from several harmful concepts of the past, there is still much room for improvement in trying to abolish harmful ideologies that have managed to survive.

At the end of the presentation, when asked what her thoughts were on the various messages that Moore wanted to convey, freshman Samantha Sowell stated that, “I think the message [Moore] was trying to convey was that, yes as a nation we have become a little more diverse, but we definitely have more work to do if we are going to become a truly diverse society.” She then went on to praise Moore’s arguments as “excellent.” “I think that his presentation was amazing and more people should have been made aware of his being on campus if we are really trying to work towards inclusion,” she said as she explained her disappointment at the small turnout by Lawrentians at the event.