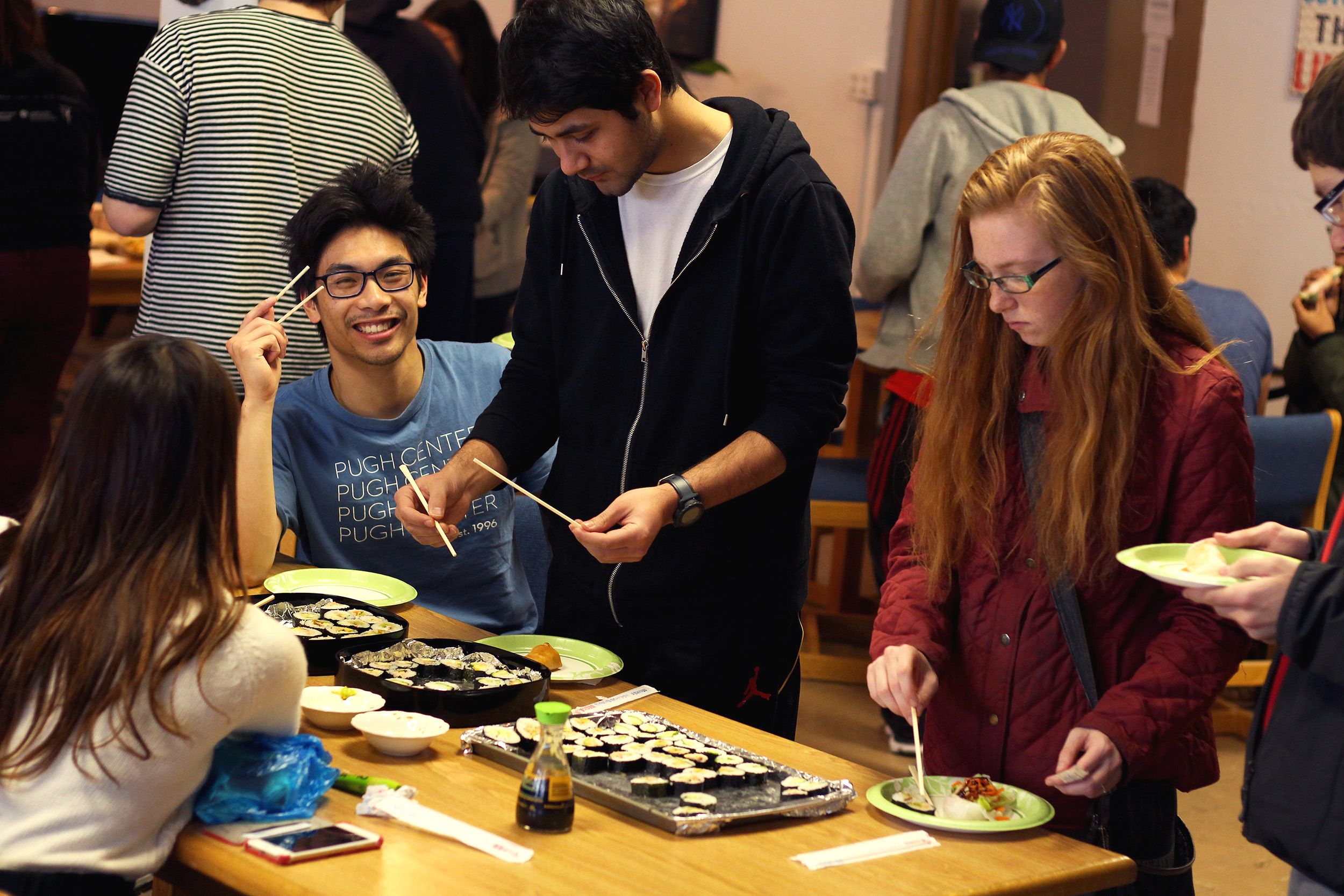 Throughout the week, the Pan-Asian Organization (PAO) set up a table to educate students about Asian-Pacific Islander American (APIA) Heritage Month. The table set up a spinning wheel that included questions about Asian people, places, historical events, food and culture. The prizes for answering the questions right were shrimp chips and Asian candy.

Juniors Veronica Thao and Evelina Vang, co-presidents of PAO, both identify as Hmong and were excited for the upcoming celebration in May. Thao is proud of her Hmong heritage because to her it means strength. “We were the first ones to be excluded by law in this nation,” said Thao of Hmong American history. “We have been taken over many times in history, in Korea, Vietnam, Japan and Hawaii. It means everything to be who I am, and it is empowering to be part of this community.”

Thao and Vang want those who identify as Asian to be able to speak up when things are wrong, as well as to debunk stereotypes and micro-aggressions against APIA people, such as being quiet and not confronting controversial issues. “We want to empower [ourselves] as a family and a community,” said Vang. This theme will also be explored in activities relating to the Asian-Pacific Islander community throughout the month of May.

To kick off the event, PAO, along with the Office of Multicultural Affairs (OMA) and Waseda students hosted a “Make Your Own Roll” event last Sunday, May 1. Students participated in making rolls from different Asian countries. The Waseda students offered a variety of sushi, while PAO made Vietnamese spring rolls and (OMA) made Filipino plantain rolls.

The event took place in the Diversity Center, a place created as a safe space for students to discuss issues or host events related to their cultures and ethnicities. When asked about the “Make Your Own Roll” event, senior Corey Torres responded, “In the past it has been very successful and we want to continue. We want to bring in more people but specifically to inform them and have those who identify as APIA a chance to share who they are with different foods from their culture.”

This year, OMA started a series of cultural dinners where groups and student organizations are invited to discuss relevant issues centered on student activism. Torres says that the importance of educating students about diversity and culture is so that students can “think more broadly about the world and the space that we live in. If anyone was objected to that idea, it would be hard for them to accept others. When we challenge them to diversify their brain they will become more open to those with different cultures and backgrounds.”

Throughout May, PAO will host a variety of events themselves as well as in collaboration with other groups on campus to celebrate the APIA month. On May 3 and 10, members of PAO will be giving presentations discussing issues related to people of APIA heritage in the U.S., such as the whitewashing of Hollywood and the appropriation of the Indian culture. On May 14, in conjunction with Ormsby Zoo Days, PAO will be hosting the “Gotta Catch ‘Em All” tournament. On May 18, the Associate Dean of Students for Diversity Pa Lee Moua will be presenting “My Journey: Asian American Women in Higher Education,” followed by a dinner reception. PAO will be selling bubble tea at the LU-aroo on the Quad during the weekend of May 27-28. PAO is also teaming up with the Committee on Diversity Affairs (CODA) to give a talk about the Model Minority Myth and its pervasiveness in the U.S. society.

“My favorite events are more discussion-based,” said Vang. “We are having discussions to empower and educate the campus and especially those who identify as APIA. There are also activities that will encompass this community.”

When asked about the most important thing to know about Asian history, Thao responded, “We are often not in history and [are] usually overlooked. People forget how important we are and what role we played to build this nation too, and we are also discriminated against as people of color. When we forget things that happened, the past becomes repeated.” PAO is continuing to work on empowering and educating the campus about the APIA community.

Throughout the week, the Pan-Asian Organization (PAO) set up a table to educate students about Asian-Pacific Islander American (APIA) Heritage Month. The table set up a spinning wheel that included questions about Asian people, places, historical events, food and culture. The prizes for answering the questions right were shrimp chips and Asian candy. Juniors Veronica…