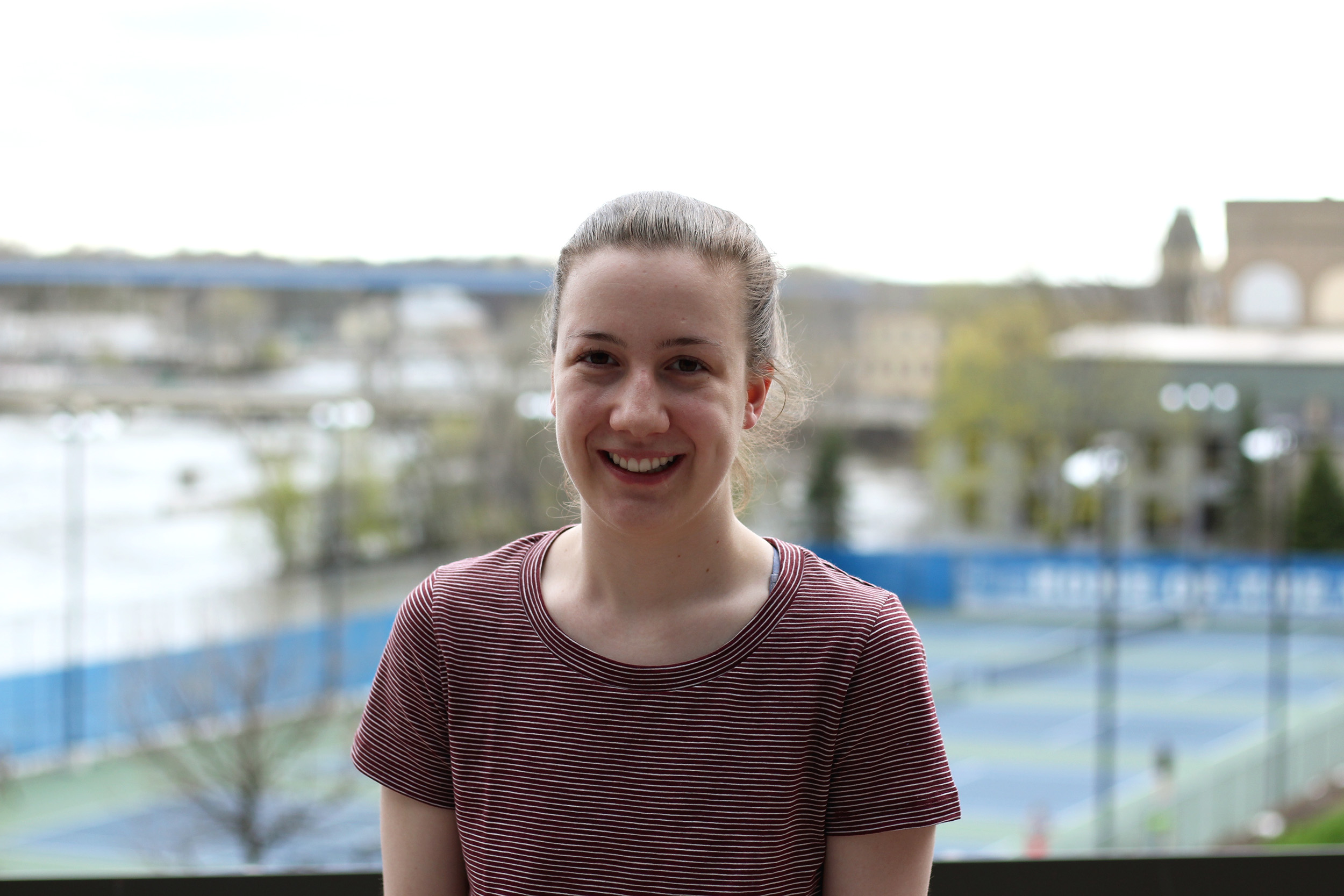 With graduation quickly approaching, our time with the class of 2016 is getting short. This column will feature a different senior each week for the rest of the year to give us a better idea of what members of our senior class are doing after Lawrence and how they got to where they are today. This week’s senior is Terese Swords, who will be moving to Madison in August to work at Epic Systems as a project manager.

“I still don’t totally understand what my job is going to be,” Swords said. “Epic is a software company for electronic health records. From the sounds of it, I’m going to have to learn how to do some coding, but a lot of my job will be managing other people and then implementing software at hospitals around the country.”

I asked her to clarify what she meant by “learn” how to code. “I feel like I often say I can do things even if I don’t know if I actually can, because Google is a thing,” Swords explained. “In the interview they asked me how certified I was out of 10, and I said 10.” Despite this, it is important to note that the application process involved a series of standardized tests and she did well in computer science. “It was multiple choice,” she said.

With a double major in Biology and English, Swords said her job search was far from conventional, as were her job offers. For instance, she said, “I got offered a job where I would be contracted out to work for the FBI, but I turned that down.”

Swords chose Epic because she liked the company’s emphasis on continued learning, which is important to her; for a while she considered going to graduate school for English, but realized it was only because she wanted to take the classes rather than prepare for a future career. “I think I’m going to miss school a lot,” she said. “I’m going to miss just sitting in class and learning about something weird.”

Swords exemplifies the liberal arts notion of pursuing a wide spectrum of interests and disciplines. Though she came to Lawrence thinking she would major in pre-med and psychology, her intellectual curiosity changed her course. “Here [at Lawrence], I feel like it’s easy to fall into things because they interest you,” she said. “I became a biology major because after having Freshman Studies with Brian Piasecki, he asked me if I wanted to work with him and clone worms. I hadn’t taken a bio class yet, but I thought it sounded awesome, so I cloned worms with him over the summer and then decided on the bio major. And then that year I took English with Celia Barnes and liked it, and decided to be an English major.”

Being able to turn an initial interest into something bigger is what Swords feels Lawrence prepares you for, and why she feels ready for her job at Epic. “Lawrence teaches you how to learn, but it also teaches you how to do things,” she said. “I feel like a lot of people are interested in the process: if you want to do this, these are the steps you need to take to do it. Like, you want to do research? You probably should take Intro[duction] to Bio[logy]—but I didn’t. Lawrence allows you to jump into the deep end so to speak, but then be fine. Like, I don’t know how to code, but I’ll be fine.”

Swords has found herself in the deep end this term. As her interests at Lawrence culminate, she’s been overloading with an independent study for her honors project, Contemporary American Poetry, Post-colonial Writers, French 200 and the Biology Senior Experience. However, she maintained that while the reading can be daunting, if you are truly interested in what you are learning, it is worth it and is not as difficult as it may seem.

“If you’re interested in something, just do it,” was her final advice. “There were times when I felt like I knew what I wanted to do, so I was taking classes that were prescribed to that. But then I realized later on that I was interested in a lot of other things. So if you’re interested in things, don’t be afraid to deviate from your original plan and pursue that.”

On May 10, this article was altered to convey that Terese Swords does not condone dishonesty in an interview.