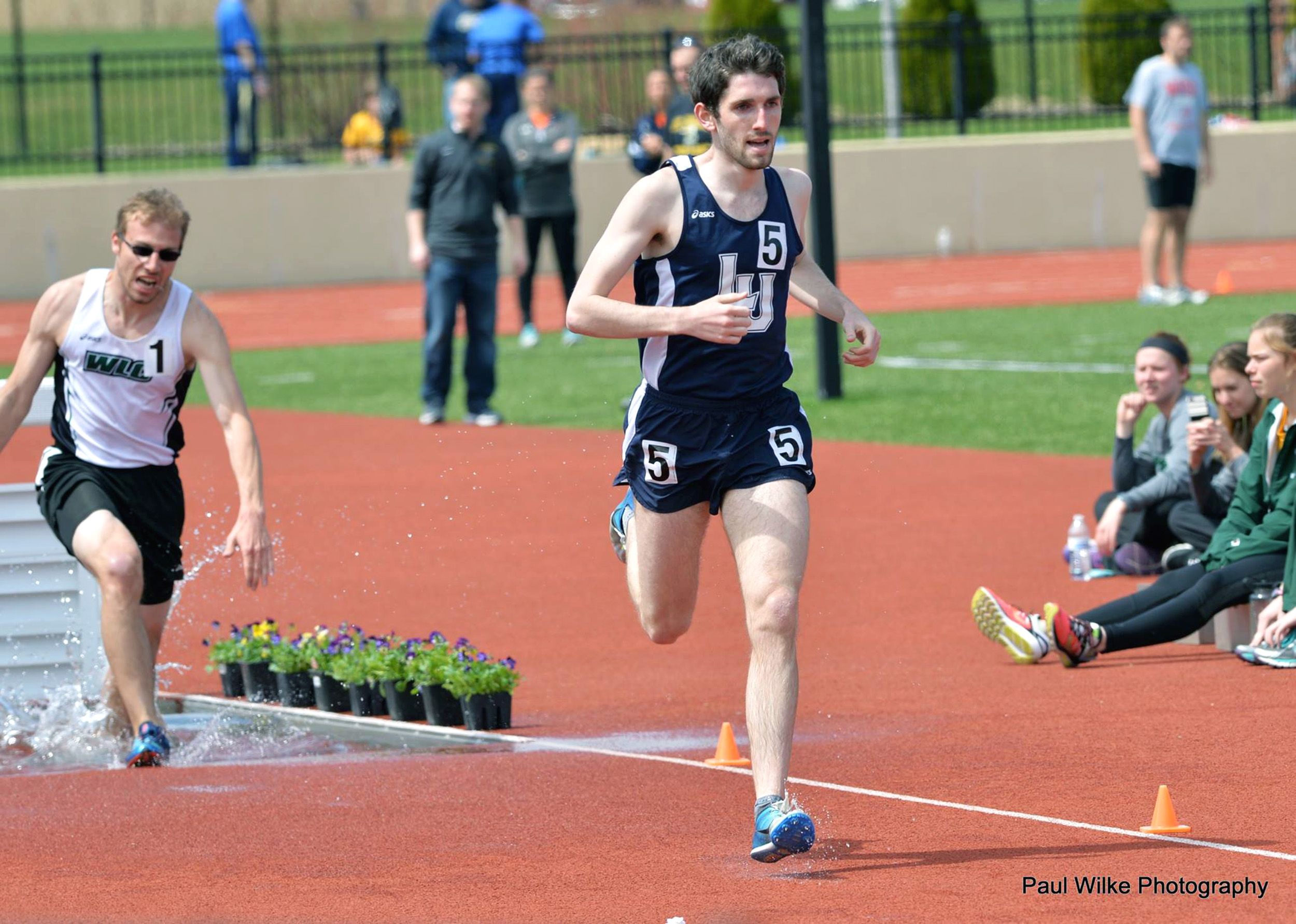 This week I sat down with senior Cam Davies of the Men’s Track and Field team. One of the team’s best runners and a favorite going into the Midwest Conference Championships this past weekend, Davies battled through a frustrating steeplechase race only to find he had been disqualified after finishing. He also placed sixth in the 1500 meters, and was on the 10th place 4 x 400-meter relay team.

Gabe Chapman: On a scale from one to 10, how would you rate your senior season thus far?

Cam Davies: Probably a two, but not because I feel particularly bad about this season. Actually, it’s quite the opposite. It’s been a great season. I feel as though I have definitely rebounded from a pretty disappointing junior year. But I’ve literally gotten second place in every race that I’ve run this year, so it seems like some sort of sign.

GC: What have you been doing to keep yourself in contention in your races, and how will you try to continue the trend through the rest of the season?

CD: I’ve been visualizing my races a lot this year. It’s easy because I’ve been running for about a decade now so there really aren’t any more surprises. In the future I’ve got to make sure that when I visualize races, I don’t forget to visualize myself actually winning the race. Sometimes self-consciousness gets the best of you and you end up getting second place in every race. Or maybe that’s just superstition. I don’t know. Maybe I should visualize a better answer to this question.

GC: What’s been the biggest challenge for you this season?

CD: The biggest challenge this season has been trying to stay focused. It’s really difficult to be a senior and not care about anything but still have to care about running. Not caring is fun and running is hard. But I know many seniors have done it before me and many will do it after me, so hopefully I can use their example and push through this intense hardship.

GC: After four years, do you have a favorite meet?

CD: I definitely like to go to the home meet the most. It sounds boring, but I think it’s really fun. We practice on that track all season long so when we get to race on it everyone feels comfortable. It’s also a ton of fun to actually host a meet and show off all the hard work we put into making the track look pretty and cleaning up all the copious amount of goose poop. Plus it’s fun because all of our friends get the chance to come out to see us run. Just kidding. Runners don’t have friends. We’re only friends with each other.

GC: I know you did not run the race you wanted to in the steeplechase at conference, but what did you take away from that experience of having to fight back into the race?

CD: There’s not a whole lot to be said about my steeplechase. I acted like Chris Webber in the 1993 Championship game and made one small mistake, but that was enough to get me DQ’d and my whole race invalidated. It’s really hard for me to be proud of what I did out there. I pushed through a great season only to watch it slip through my fingers. I guess what I learned is that sometimes you have to laugh at yourself no matter how hard it is. It really sucks to put every last ounce of energy into something only to finish and be told none of it matters. I guess it’s a pretty accurate analogy for life. Or maybe just the liberal arts experience.

GC: Who were you most proud of at conference?

CD: If I may be honest for a moment, I was really proud of the way our team handled a really lousy meet. Although there were some good times and performances, most people struggled a fair amount, myself included. But we pushed through these adversities, as well as the crappy weather, to put our heart and soul onto the track. It also made me really proud to see how many people were planning on competing after the Conference Championships in the Last Chance Meet at UW-LaCrosse. It’s really easy to get through Conference, declare your season over, and return to the daily sun tanning and binge drinking that Spring Term provides. But it takes guts to give it one more shot and I was really proud of everyone who was willing to put off all that fun for one more week in order to go for a PR.

GC: Do you have any plans to continue your involvement with track & field post-graduation?

CD: That’s a tough question to answer. Track has been a part of my life for about 10 years now and I’m not sure how I’m going to handle life without it. Part of me really wants to keep participating and working my butt off while I’m still in my athletic prime. Another part of me just wants to sit on the couch, eat Cheetos and watch daytime television. Honestly, I’ll probably continue running in some capacity for the rest of my life. I would wager every collegiate runner does. But I will always reserve the right to change my mind whenever they introduce a new flavor of Doritos.

Photo courtesy of Paul Wilke This week I sat down with senior Cam Davies of the Men’s Track and Field team. One of the team’s best runners and a favorite going into the Midwest Conference Championships this past weekend, Davies battled through a frustrating steeplechase race only to find he had been disqualified after finishing.…