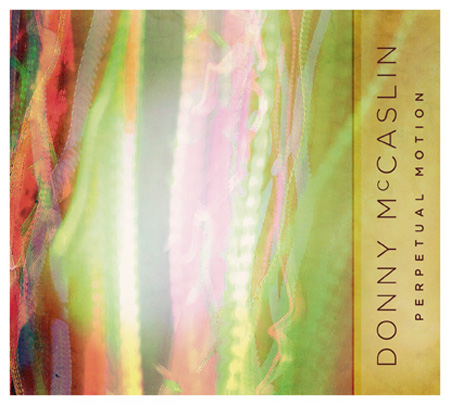 Tenor saxophonist Donny McCaslin is one of the more famous saxophone players in the contemporary jazz community. While jazz fame and actual fame are not really equivalent, McCaslin’s touring schedule features gigs at some of New York’s most popular jazz clubs: the 55 Bar, Dizzy’s and the Jazz Standard. More importantly for those of us stranded in Appleton, Wis., his touring schedule also features a performance at our own Lawrence Memorial Chapel this Friday night, Feb. 25! So in honor of McCaslin’s upcoming performance, here’s a look at his latest album, “Perpetual Motion.”

McCaslin performs with some of the jazz community’s most accomplished musicians on “Perpetual Motion.” His sidemen include Adam Benjamin on keyboards, Tim Lefebvre on electric bass, Antonio Sanchez and Mark Guiliana on drums on different tracks, Uri Caine on piano on three tracks and alto saxophonist Dave Binney on one track. As the name of the album — and perhaps its electric instrumentation — imply, “Perpetual Motion” is grooving, funky and lively. Many of the tunes on the album could be classified as “fusion,” as McCaslin and his band use electronics, odd meters, harmonic substitutions and straight eighth note feels throughout.

The album’s title track is initially less syncopated and busy than “Five Hands Down.” However, McCaslin quickly introduces more challenging rhythms, as he launches into an exploratory solo, while Benjamin provides effective accompaniment. During his own solo, Benjamin briefly leaves the accompanying role and evokes a ‘70s fusion sound through his mastery of the Fender Rhodes.

The best tune on “Perpetual Motion” is the sixth track, “Memphis Redux.” The groove on “Memphis Redux” is slow, soulful and almost R&B-like. Drummer Guiliana plays on “Memphis Redux” instead of Sanchez, and Guiliana and Lefebvre are locked for the entirety of the track. Guiliana is known for playing fast, virtuosic and exciting drum breaks, so it is refreshing to hear him play a slower groove that feels really good.

“Perpetual Motion” has a lot of really great songs and solos, but it is not entirely cohesive as a whole. The personnel switches –- namely between drummers Guiliana and Sanchez, but also between pianists Caine and Benjamin -– definitely contribute to this disconnect. Guiliana and Sanchez, for example, have different sounds and feels, and Guiliana’s tunes sound noticeably different from Sanchez’s.

Some of McCaslin’s compositional choices are also a bit peculiar. “East Bay Grit,” a 30-second-long funk groove, seems a bit out of place, and Caine’s beautiful solo piano feature on “For Someone” seems like a strange way to end an album filled with electric and funky grooves. But despite McCaslin’s curious personnel switches and compositional choices, “Perpetual Motion” is a solid album with compelling solos and ensemble playing.

McCaslin will not be playing with the same personnel during this Friday’s performance. Instead, he will perform in a trio with drummer Johnathan Blake and bassist Scott Colley, both of whom are also preeminent sideman in today’s jazz community. It will be interesting to hear how McCaslin adapts to the trio setting, especially since the performance will probably be mostly acoustic. Tickets are still available, and the show begins at 8 p.m. in the Chapel.