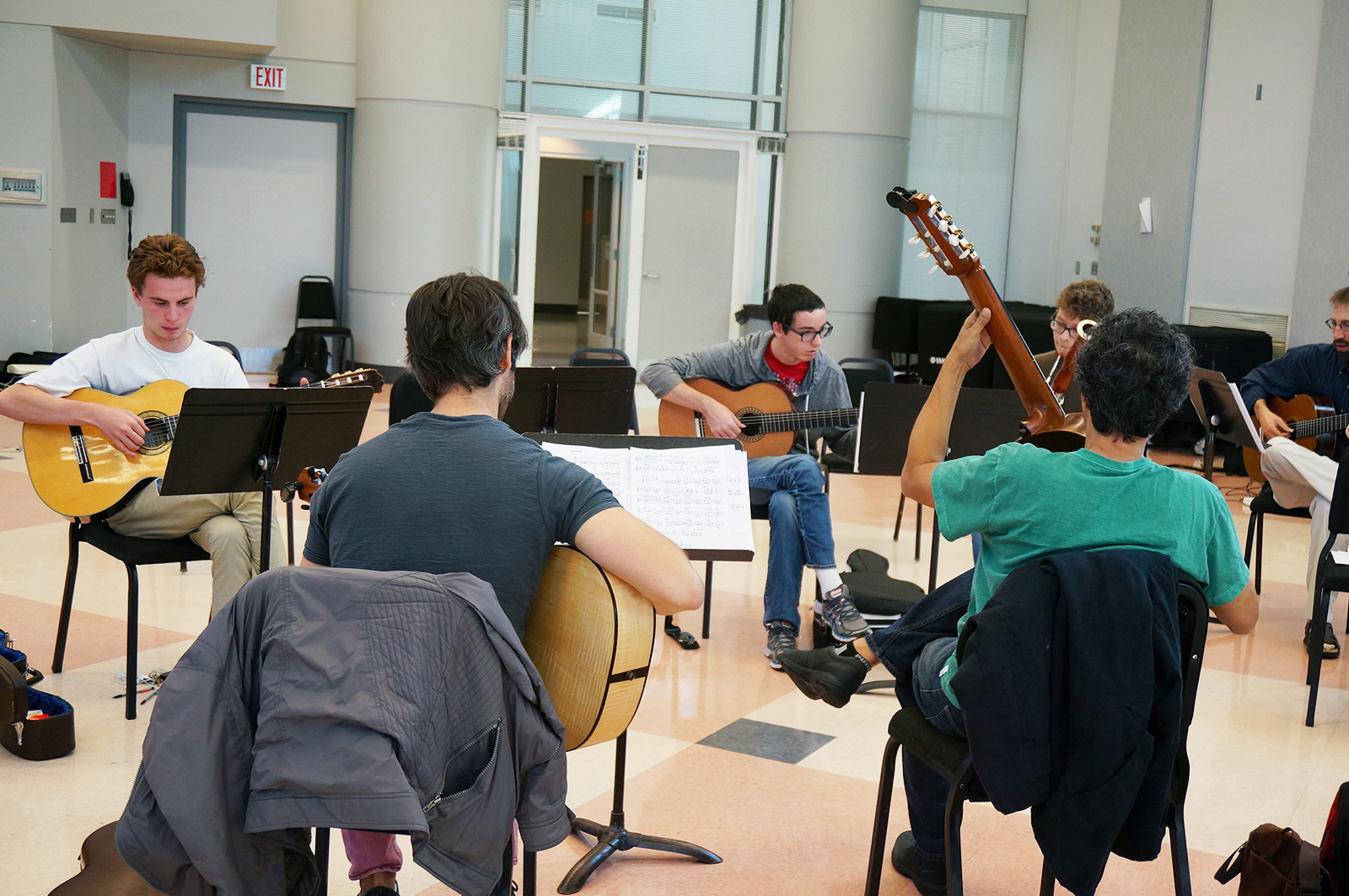 At 3 p.m. on Saturday, Sept. 24, Duo Violão Brasil came to Shattuck Hall in the Conservatory to present a workshop on popular rhythms found in Brazilian music. The workshop—a part of Lawrence University’s first ever improvisation festival, ImprovisationaLU—was open to any and all instrumentalists, students and faculty, to explore styles such as mexixe, choro and samba from experts who are both native to the music and play it for a living.

Duo Violão Brasil is made up of guitarists Rogerio Souza and Edinho Gerber, who live and perform in Rio de Janeiro, Brazil, but make a visit to the United States once a year to hold concerts and workshops. The workshop presented this past Saturday was conversational and casual, inviting participants to raise questions and request musical examples from Souza and Gerber while encouraging improvisational input from the musicians participating.

After informing the audience of the background behind the various musical styles covered, Souza and Gerber led the group in a short example of each style. They gave input to participants on adjustments to make for the sake of authenticity before moving on to play an entire piece in that specific style, using what was expressed in the short examples to do so appropriately.

Souza and Gerber stressed that though Brazilian music can be intriguing and lively, especially to classical musicians, there is much more music out in the world to explore. What is accepted stylistically in Brazil will not be the same for the rest of South America. With this came an encouragement to seek out other cultures and their conceptions of musicality.

Duo Violão Brasil brought an authentic educational experience to Lawrence University this past weekend—one of many that ImprovisationaLU will be responsible for supplying in years to come.