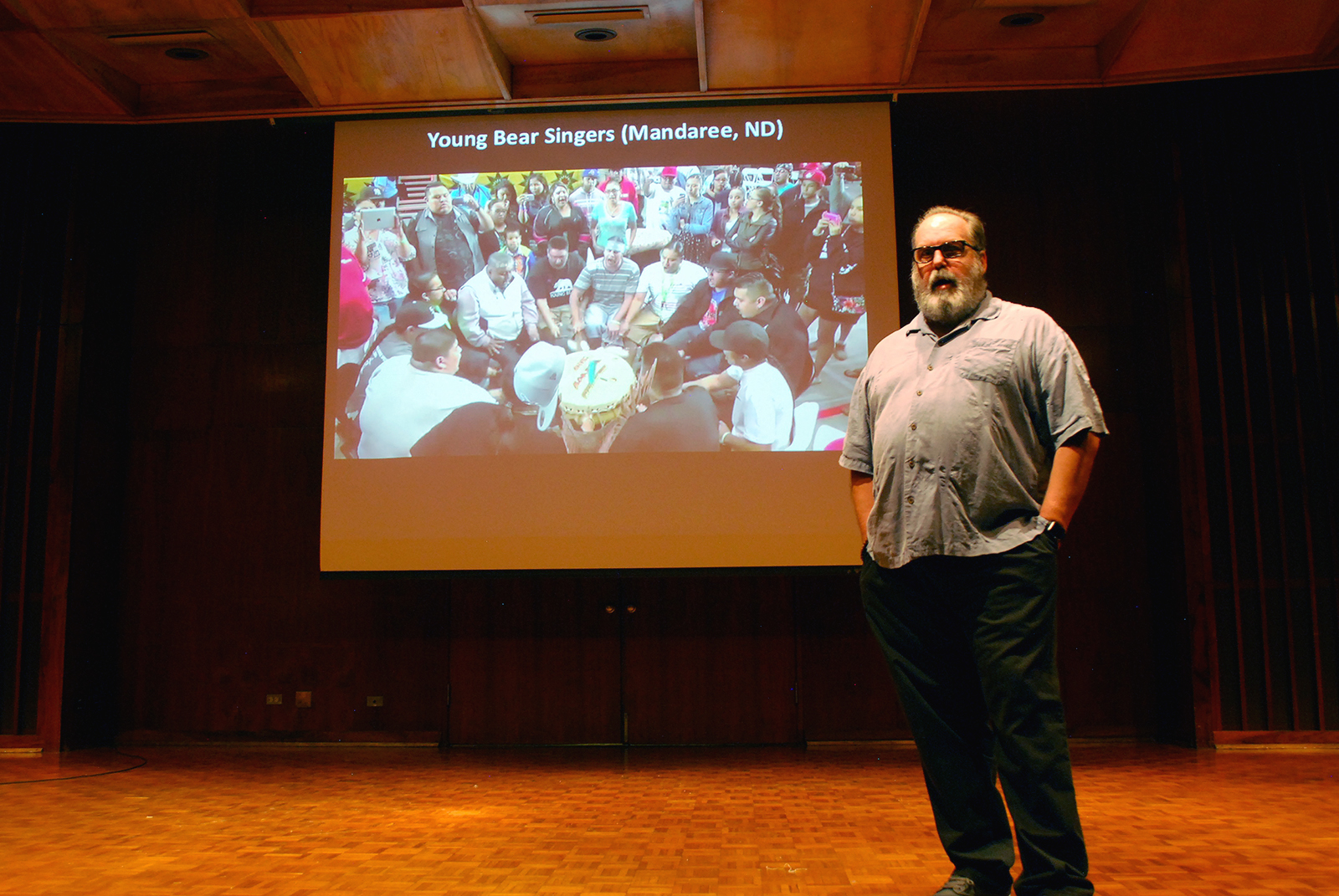 On Monday, Oct. 10, James E. Cunningham, Ph.D. gave a talk on pop music and how it relates to tradition in Native American culture. While Cunningham’s delayed flight prevented him from speaking the previous Monday, rescheduling the lecture to the following week surely satisfied attendees after a week of anticipation.

The lecture on Monday night first began with the Dean of the Conservatory of Music Brian Pertl introducing Cunningham as his old classmate in graduate school at the University of Washington, where they both studied ethnomusicology. Cunningham then made his way up to the stage and began his talk with several questions, the first being “What is tradition?” He then brought up several points, ending by saying that he believed a good working definition of tradition was “the notion of the past carried forward into the present.” Tradition, according to Cunningham, is dynamic and not forever unchanged like many believe.

Cunningham then began to talk about the history of the powwow as a Native American ritual celebration. While the powwow is based on 19th-century Plains’ music and dance culture, the modern powwow actually traces lineage from the Wild West Show of the late 1800s. The contemporary powwow as we know it actually originated in the 1950s, post-World War II. Although the ties to tradition make the powwow seem as if it is an old and unchanged celebration, it is actually ever-changing and dynamic.

Cunningham’s lecture on “Native American Popular Music as Cultural Expression” showed several musical artists’ extreme dedication to their art and left the crowd with something many had not connected to before by citing relevant examples of Native American popular music today and from almost 50 years ago.