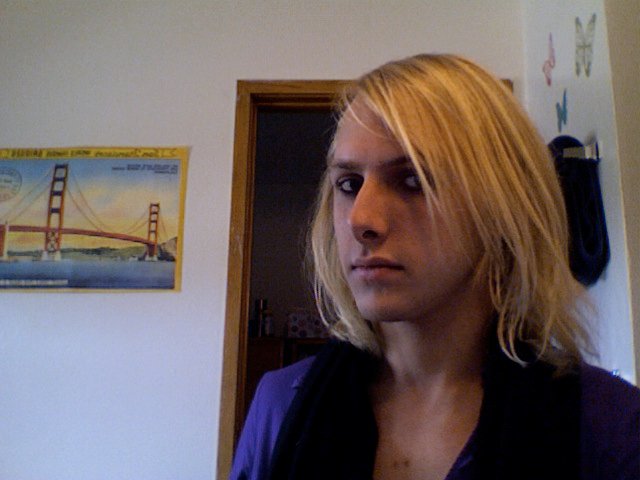 When senior Andi Rudd first came to Lawrence, she appeared on stage in several theatrical productions. Slowly, she worked her way behind the scenes and has found what she really loves doing: directing, writing and teaching.

Rudd is currently directing three shows at Lawrence: the major production “The Tempest,” a staged reading of “All My Sons” and a staged reading of a play that Rudd wrote during a tutorial with Professor of Theater Arts Timothy X. Troy. The working title is “Those Who Matter Don’t Mind.”

“I wanted to write something specifically dealing with gender identity and family,” Rudd said of the play. Rudd described the play as “kind of a suicide prevention piece,” since it follows a 17-year-old teenage girl being released from a psychiatric ward who was sent there after attempting suicide.

“There are three characters: the girl, the sister [who comes to pick her up] and a nurse,” added Rudd. “It deals with love and family and a shifting in consciousness.”

“Those Who Matter Don’t Mind,” which is on draft number six, will premiere either late this term or early next term in Cloak Theatre. “All My Sons” will be presented Tuesday, March 8 in Harper Hall, and “The Tempest” will run May 5-7 in Cloak.

Rudd’s interest in theater really sparked at age eleven after attending a summer academy at First Stage Children’s Theatre in Milwaukee. Four years of this program and a lot of tech work in high school led Rudd to pursue a degree in theater arts at Lawrence. For the past three summers, she has returned to First Stage to work a teaching assistant.

“It’s one of my favorite places in the entire world,” she said. “Their motto is ‘teaching life skills through stage skills’, so we’re teaching fundamentals of theater, but we’re also creating well-rounded individuals with positive character.”

In her directing, Rudd draws from both the lessons she has learned through working with other teachers at First Stage and the experiences of working with the kindergarten through twelfth-grade children.

“One thing that has affected my directing is teaching movement and voice to kids,” said Rudd. “The person that I worked under after my freshman year taught me a ton, especially about polishing things off.”

Outside of theater, Rudd has several other interests.

“The arts in general are pretty important to me,” she said. “I play piano and bass, I’m interested in art history and gender studies and I’m a big humanitarian and feminist. Equality is something that is really important to me. I’m also just a huge nerd. I love anime, card games and video games.”

Rudd, who will graduate in June, is looking into theater internship programs in Chicago for next year. She called directing an “interesting path to get into.”

“You start assistant directing somewhere, then go to grad school… it’ll be a while until I’m a full-fledged director,” said Rudd.

Before her career takes off, be sure to catch one of the three plays she’s directing this spring.