“A Man of No Importance” showcases talent 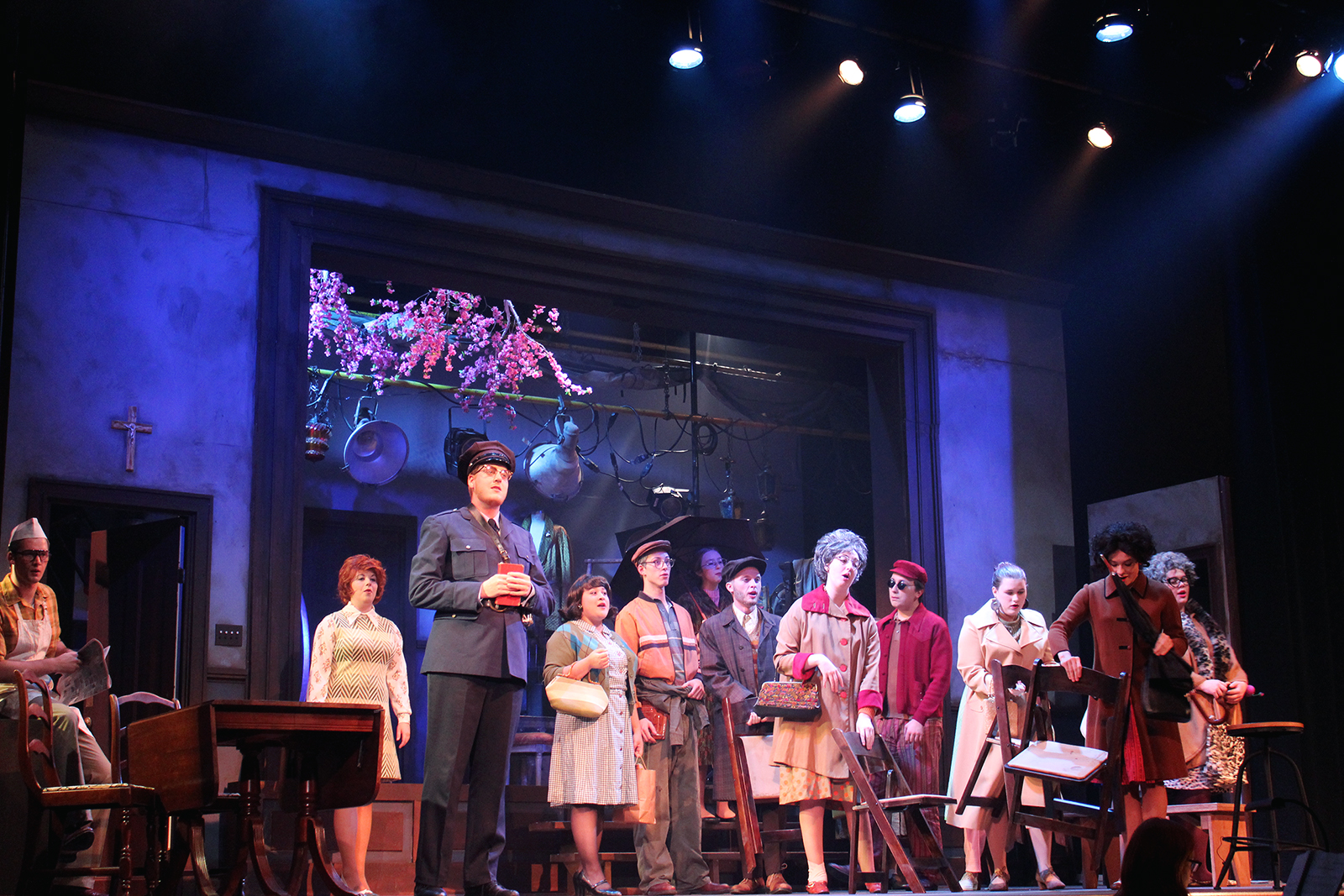 Over the course of the past Thursday through Saturday, Lawrence University’s Theatre Department held four performances of the musical “A Man of No Importance” at the Stansbury Theatre. The musical is based on a 1994 film adaptation of a book by Terrance McNally, with music by Stephen Flaherty and lyrics by Lynn Ahrens.

“A Man of No Importance” is set in Dublin, Ireland in 1964, and centers on the story of Alfie Byrne, played by senior Matt Kierzek. Alfie is an ordinary man—a bus conductor and theatre enthusiast who hides his homosexuality due to conflict with both the political and social climate of the time and devotion to his church, St. Imelda. Alfie’s sister, Lily Byrne (senior Kara Taft) is eager to see Alfie marry off so that she can start her own life with the butcher Carney, played by senior Kip Hathaway (told through the song “Books”).

Alfie chooses to put on the racy play “Salome” by Oscar Wilde with the community theatre troupe, St. Imelda’s Players, and casts the reserved Adele (senior Annie Penner), who is new to town as the title role (“Princess”). This causes others in the troupe to believe Alfie has a romantic interest in Adele, though it is his co-worker, Robbie (sophomore Alex Iglinski) whom he has feelings for (“Love Who You Love”). Through personal struggle and revelation of self, Alfie learns that the theatre is truly a place where one can come to escape these conflicts and be truly oneself (“Welcome to the World”).

The set, designed by Assistant Professor of Theatre Arts Keith Pitts, was made of several components—a table that served as a kitchen for Alfie and Lily, as well as a table in St. Imelda’s church and in a bar. A wall at the back of the stage that was adorned with a cross doubled as the Byrnes’ front door. Next to the door was a miniature stage at St. Imelda’s, which also functioned as Alfie’s room. The set’s versatility allowed for the imagination of the various streets, bars, buses, house and church demanded by the script.

The pit, also in costume, was conducted by Associate Professor of Music and Co-Director of Choral Studies Phillip Swan. The music was in-tune, together and appropriate with its lilting Irish-inspired tunes. It truly provided a solid base from which the singing cast could work. Swan also served as music director of the cast. Though sometimes the heavy Irish accent was lost when singing, the talents of the singers far outshined this simple critique.

Especially notable performances include the singing of Kierzek, Iglinski and Taft. Though all different singing styles, Kierzek’s songbird voice, Iglinski’s Broadway tenor sound and Taft’s rich alto tone were standouts. The eccentric character acting by Hathaway and Taft as well as their goofy chemistry had the audience laughing out loud.

The Theatre Department at Lawrence University is not often given credit by the student body for its excellence, but “A Man of No Importance” has established a high standard for the rest of the season to follow.