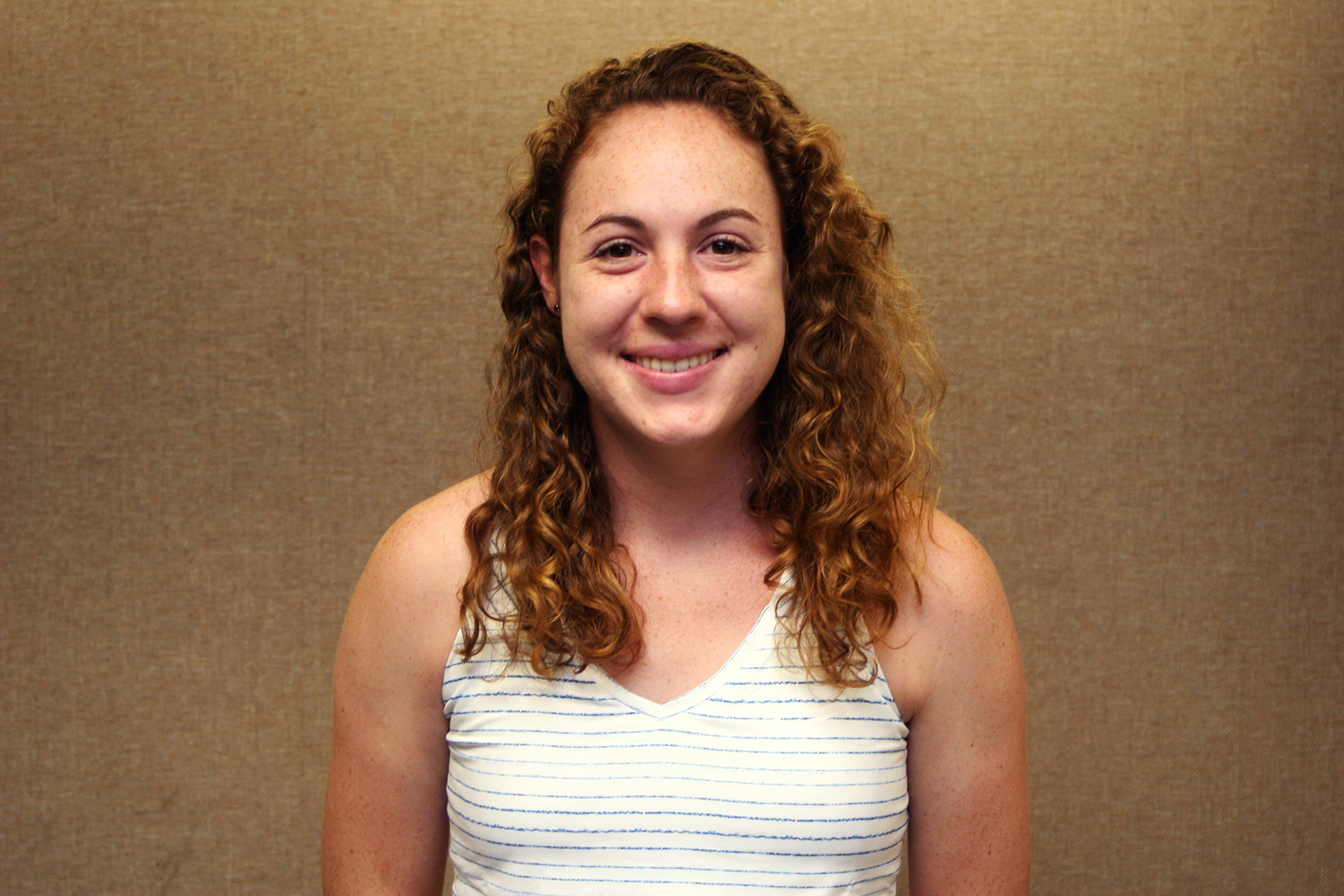 This week I sat down with The Lawrentian’s woman athlete of the term. Katie made the semifinals at the Midwest Conference Tennis Meet. Katie has been a four-year standout for the tennis team, and looks back fondly on her magnificent career at Lawrence.

Arianna Cohen: What was going through your mind as you entered the semifinals at No. 1 doubles?

Katie Frankel: My doubles partner [Lindsay Holsen] and I were just excited to have made it to the semifinals, but we knew that it would be a tough match to win. Grinnell’s No. 1 doubles team is very strong—we lost pretty quickly to them during the season—so our goal was to keep the match close early on and put up a good fight.

AC: What do you attribute your continued success to?

KF: I think part of my success comes from the way I play, in that I’m an all-court player instead of a traditional ground-stroker. I enjoy playing at the net, and finishing points at the net is something I always try to implement in my matches. Depending on my opponent’s style of play, this may be more difficult to accomplish—especially if they have a lot of power—but I always try to play to my strengths. If I can win points by coming to the net, or vice versa, by bringing my opponent to the net because they’re more comfortable at the baseline, then that is the strategy I will use the rest of the match.

AC: Going to the conference tournament must be exciting. How do you handle the pressure?

KF: I honestly try not to think about the pressure, and it doesn’t help to make yourself more nervous that way. Of course, we all want to do well at conference, but we take it one match at a time. You can’t get bogged down by who you might have to play in the next round, you just have to focus on the match you’re playing and try to have fun with it.

AC: What was the most memorable moment in your career as a tennis player?

KF: Winning our doubles quarterfinal match at conference this year was very exciting because it was a match that slipped away from us during the season. We had been looking forward to that rematch since the tournament draws came out, and it was an amazing feeling to play so well and win a match that we wanted to win so badly.

AC: If there was one final statement you could make to past and present tennis teammates, what would it be?

KF: I would just want to say how much I’ve enjoyed being a part of this team. Some of my closest friendships have come from this team, and I don’t know what I would have done without them these past four years. I’m so lucky to be part of a team that continues to spend time together and play tennis even after season has ended, and I’m looking forward to all the tennis still to come the rest of the year.

Photo by Emei Thompson This week I sat down with The Lawrentian’s woman athlete of the term. Katie made the semifinals at the Midwest Conference Tennis Meet. Katie has been a four-year standout for the tennis team, and looks back fondly on her magnificent career at Lawrence. Arianna Cohen: What was going through your mind…