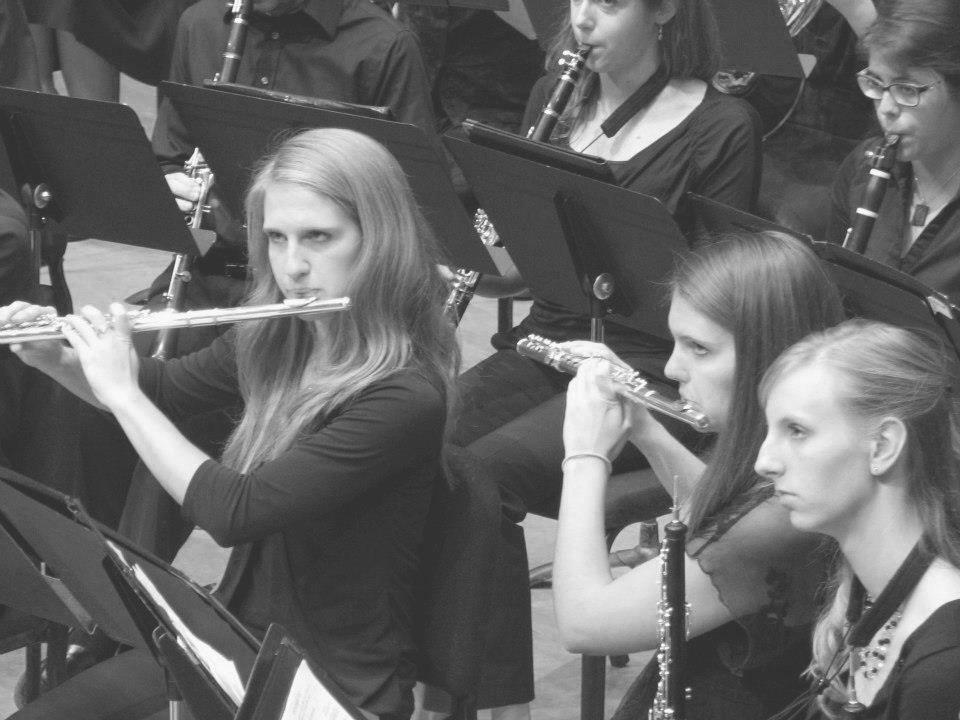 Fall Festival is an annual event at Lawrence that allows alumni to reconnect and families to experience life at Lawrence.  The weekend combined Homecoming and Family Weekend, and brought over 300 family members of current students to the campus.

“The whole idea of the weekend is to give family members an idea of what life is like here,” said Vice President of Student Affairs and Dean of Students Nancy Truesdell. “Our goal is to have as much student activity as possible,” she said.

The Symphony Orchestra on Sunday was the first orchestra concert of the season and debuted the new conductor, Octavio MÃ¡s-Arocas, and original writings on “Belkis, Queen of Sheba” by senior Marty Allen and fifth-year Alison Thompson, two student writers at Lawrence.

MÃ¡s-Arocas was recently appointed director of orchestral studies and conductor of the symphony and opera orchestras at the Lawrence Conservatory.  On stage, he expressed his excitement about the musicians he was working with and the music pieces being performed.  “If I see people dancing on the floor I wouldn’t be offended,” said MÃ¡s-Arocas.

MÃ¡s-Arocas picked compositions from three fairly young American composers: Clint Needham, Mason Bates and TJ Cole.  The performance included both traditional and experimental works. In one of the pieces, “Gemini in the Solar Wind” by Bates, the orchestra played with samples from the 1965 Gemini IV voyage provided by NASA.

Nearly 25 people, including several current students, showed up to the course “In Plato’s Cave.”  The class discussed the political significance of the passage and asked the question of whether or not the educated population has the duty to give back to the rest of society in some way.  Participants discussed the passage in connection to liberal arts education and the current presidential campaigns.

“It’s important, whether we’re hosting prospectives or parents, to give people a good sense of how we go about our business here,” said Spurgin. “We have to find ways of showing people-not just telling them, but really showing them-how this liberal learning thing is meant to work.”

The Summer Research Poster Symposium on Saturday afternoon gave students who engaged scientific research over the summer a chance to showcase their experiences and data to students, professors and visitors.

Junior Brenna Decker displayed her research on the insect diet of Philippine bats. Decker described the research experience as very rewarding, and said she discovered how much she liked lab work compared to fieldwork.

Junior Brynley Nadziejka spent her summer analyzing Quaternary fluvial geomorphology by means of an X-Box Kinect and Em2 stream table. “Part of the value of the experience for me is that it’s probably not the direction I want to go in,” said Nadziejka.

During the Blue and White Dinner on Friday, the Athletic Department honored alumni athletes and inducted them into the Intercollegiate Athletic Hall of Fame.  In the alumni matches that took place, past athletes were invited back to participate in a game or match with current team members.

SOUP brought in programming aimed at students and entertainment on Friday and Saturday night, which included Fred Winters, a comedy hypnotist, and a comedy event based off of VHS videotapes found throughout the country.