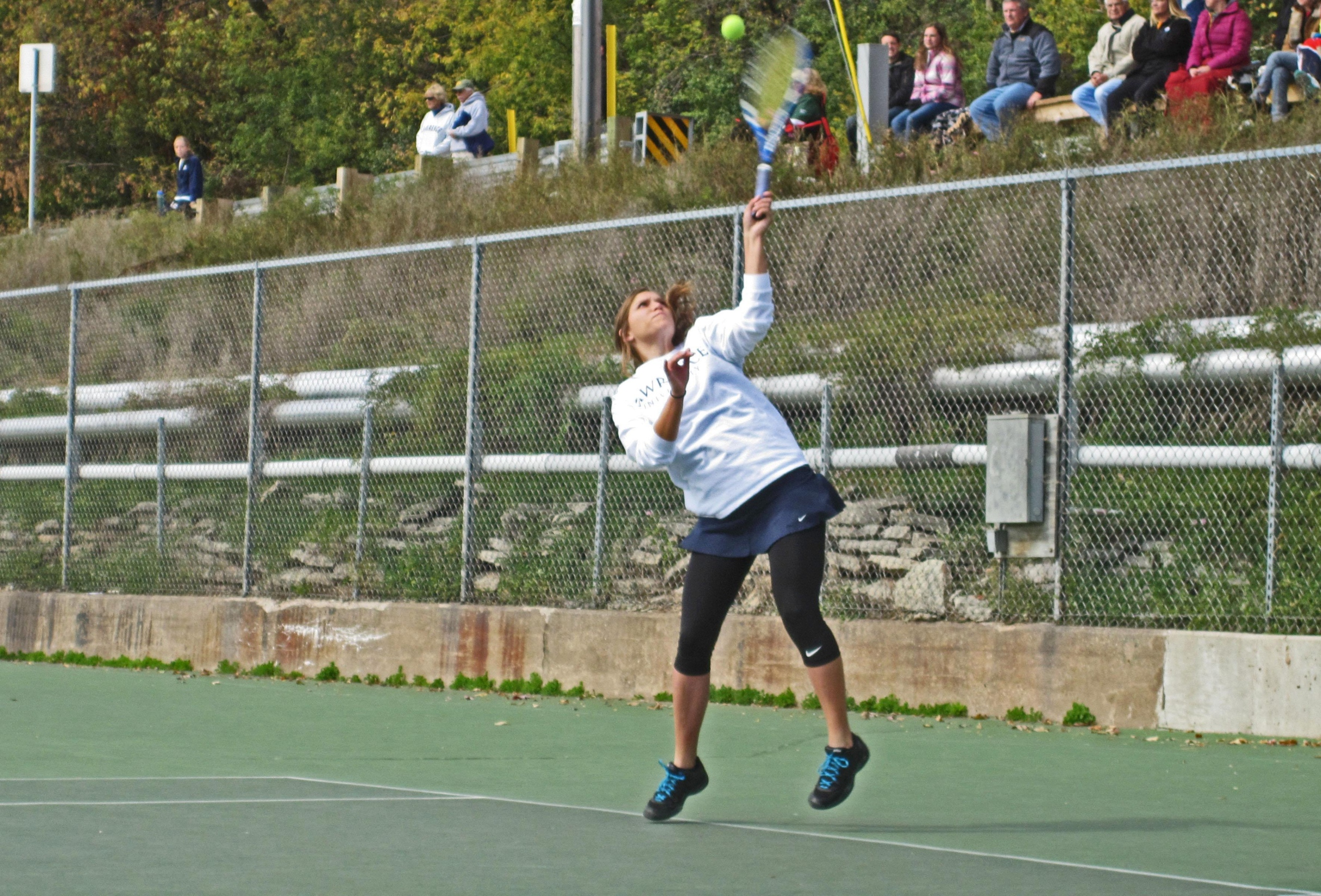 On Friday, the women’s tennis team dominated Ripon College at home.  The Vikings did not let the Red Hawks take more than two games in a set during the doubles competition.  In the No. 1 singles competition, sophomore Christina Schaupp swept her opponent (6-0, 6-0). Malhotra also completely shut out Ripon’s Katie Majerowski (6-0, 6-0) at No. 2 singles. Heiring played a close match at No. 4 singles, defeating her opponent 6-4 in the first game, dropping the second (1-6), but then coming back in the tie-breaker set to win (10-2).  Other notable performances include Dalton’s (6-1, 6-2) victory at No. 5 singles, and sophomore Melissa Heeren’s (6-0, 6-1) victory at No. 6 singles.

On Sunday, the Vikings fell to St. Norbert College at home.  The Vikings came out strong in the doubles competition, going 2-1 for the day. At No. 2 doubles, Malhotra and Dalton defeated Norbert’s Emily Rasmussen and Laura Michel in a tight match (9-7).  Schaupp and sophomore Tess Vogel also won a tight match at No. 3 doubles, defeating their opponents 9-8 (7-3 in the tie-breaker). The Vikings picked up two matches in the singles competition.  Malhotra at No. 2 singles defeated Ariel Bloniarz (6-2, 6-1).  Geoffrey also picked up a win for the Vikings at No. 3 singles in an extremely close match against Maria Slusarek. Geoffrey won the first set 7-5, dropped the second 3-6, and came back to win a nail-biter of a tie-breaker (15-13).

When asked to comment on the outcomes of the matches, Malhotra notes, “We played really hard, but just came up short.  We still have individual conference next week and plan on finishing out the season strong.”

The Vikings will travel this weekend to compete in the Midwest Conference Championships. Wish them luck as they complete their 2012 season.