Sell Us Your Major: Global Studies 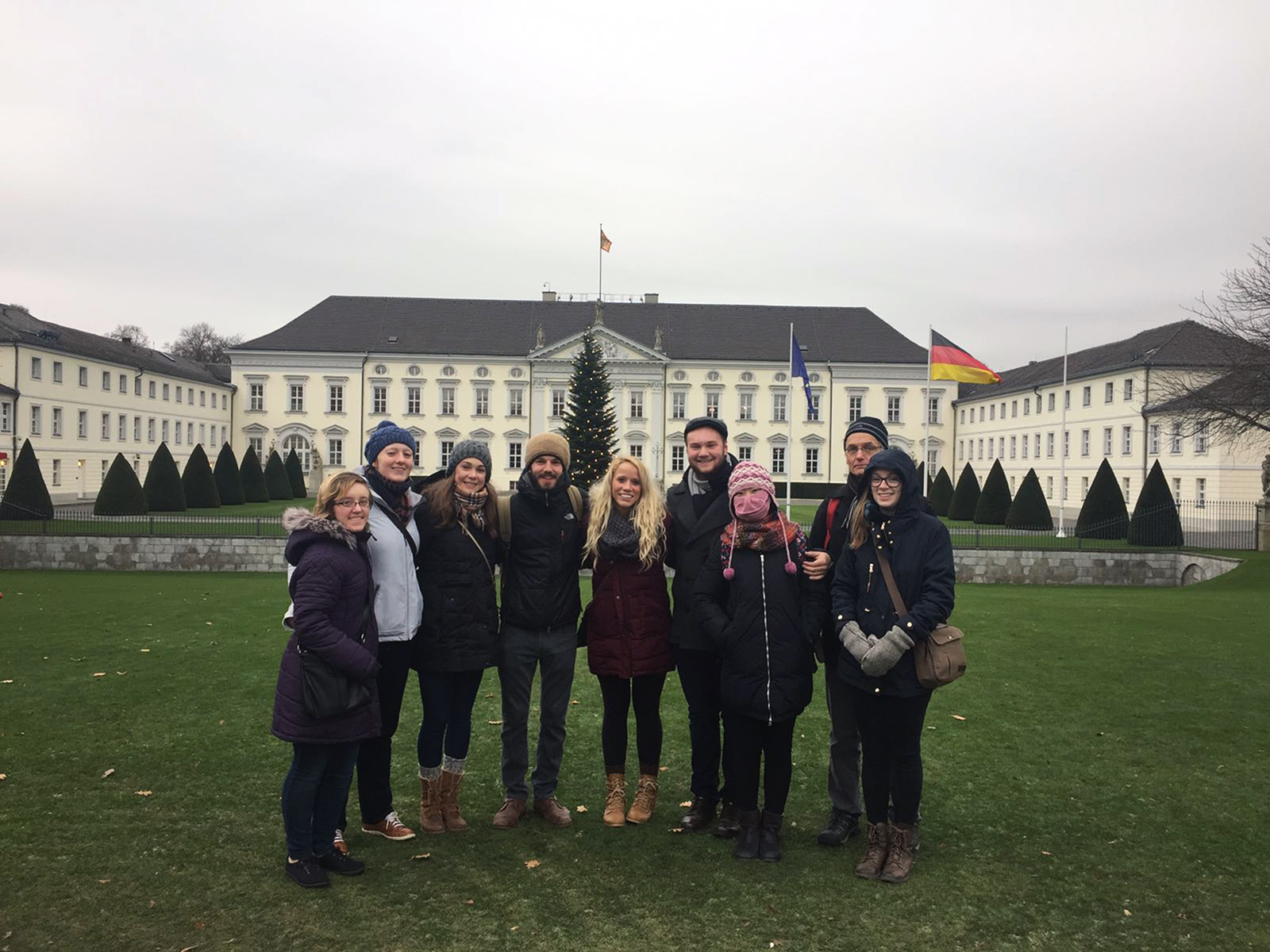 A group of Lawrence students in front of the Presidential Palace in Berlin for a D-Term class.
Photo courtesy of Brent Peterson

This column is devoted to explore the lesser known academic opportunities that are present at Lawrence.

Global Studies is one of the newest areas of study to find its place amongst the expanding list of majors offered at Lawrence. After a two-year effort from a very dedicated group of faculty members from various humanities and social science disciplines, the Global Studies major is now available to students starting this 2016-2017 school year.

Global Studies is an interdisciplinary area that focuses on the vast range of cultural, political, social and economic aspects that have powerfully impacted the world and the course of history. In the new Global Studies major, students will learn the inner-workings of the global community and the impacts they may be making in all aspects of society and life.

Professor of German Brent Peterson, one of the many faculty members of the new Global Studies department, said, “The way we structured this major is not completely unique, but it is very different from other Global Studies programs that are simply focused on international relations.”

Emphasizing the importance of language in Global Studies, Peterson added, “I think we push the envelope of interdisciplinary education a little bit further by having very strong language component. The major requires a minor in a language, because we want students to get out of their comfort zone, not just linguistically, but also to have a sort of cultural sense of what somewhere else in the world is like.”

The Global Studies major follows a fairly unique structure. Students will start their work in Global Studies by taking the brand new introductory class that was invented and designed by the faculty of the program here at Lawrence.

“I’m excited and terrified,” Peterson said, “because no one has done this before. We’re going to attempt to give students a taste of all four tracks into Global Studies in ten weeks. It’s going to be fun, and of course we’re going to have great students, but it’s also going to be hard to pull off since it is so new.”

Stephen Edward Scarff Professor of International Affairs and Associate Professor of Government Jason Brozek talked further about how the major is structured. “The major is designed with an intro course that everyone takes together,” Brozek said, “and from there students will spread out to other languages, tracks and off-campus global experiences. The senior seminar, which I’m very excited about, is going to be that point where they all come back together and really start to do some reflection and more synthesis to become a cohort again.”

This interdisciplinary major is a perfect place to look for student with many interests in both the humanities and social sciences. The major encompasses many different fields, such as art and art history, film studies, economics, government, languages and linguistics, history, religious studies and gender studies. Also, it could serve as a great academic major for students in the double-degree program in the Conservatory.

“The idea that we also have ethnomusicology as part of this major is awesome,” Peterson said enthusiastically. “We’re one of the few majors that really bridges the gap between the college and the Conservatory, which I think is very cool.”

The creation of such a major can be quite the challenge, but the faculty here at Lawrence who have dedicated their time to it have definitely embraced the challenge.

“It’s not as traditional as a straight-forward discipline,” Brozek said. “There’s no easy way to identify a body of literature; there’s not people all over the country teaching a similar introductory course and there’s not a potential catalogue of textbooks that other teachers have put out, so a lot of what we’re doing is inventing this ourselves. Any time you try to build something there are going to be well-meaning questions about whether we’re doing it the right way. I think those questions and concerns are the part of the process that I welcome from my colleagues that are both inside the group of the people putting together global studies, and outside.”

Students who plan on engaging with the Global Studies major are encouraged by both Peterson and Brozek to start early. Brozek said, “This is a large major with high expectations for linguistic and cultural training and for work across a range of departments. This is one to plan ahead for, and work closely with advisors to get the most out of the program as possible.”

“Give Global Studies a try,” Peterson said. “Look at what the major entails, and start early. Like any other major, deciding to do Global Studies in the middle of your junior year is not always the best option, but I think there is always a possibility. There are a lot of students who are multi-interested at Lawrence who think they have to give up one of their interests to focus on another, but Global Studies is one of those ways for students to pull those things together under one field of study. A lot of graduates we’ve talked to said that they wished this major would have been available when they were a student.”

Global Studies, with its new and interdisciplinary attraction, may be the perfect place for new students to not only have a fully immersive education in the world and its working, but to also help structure and shape the development of a fresh look at education that will be explored by Lawrentians for many years to come.