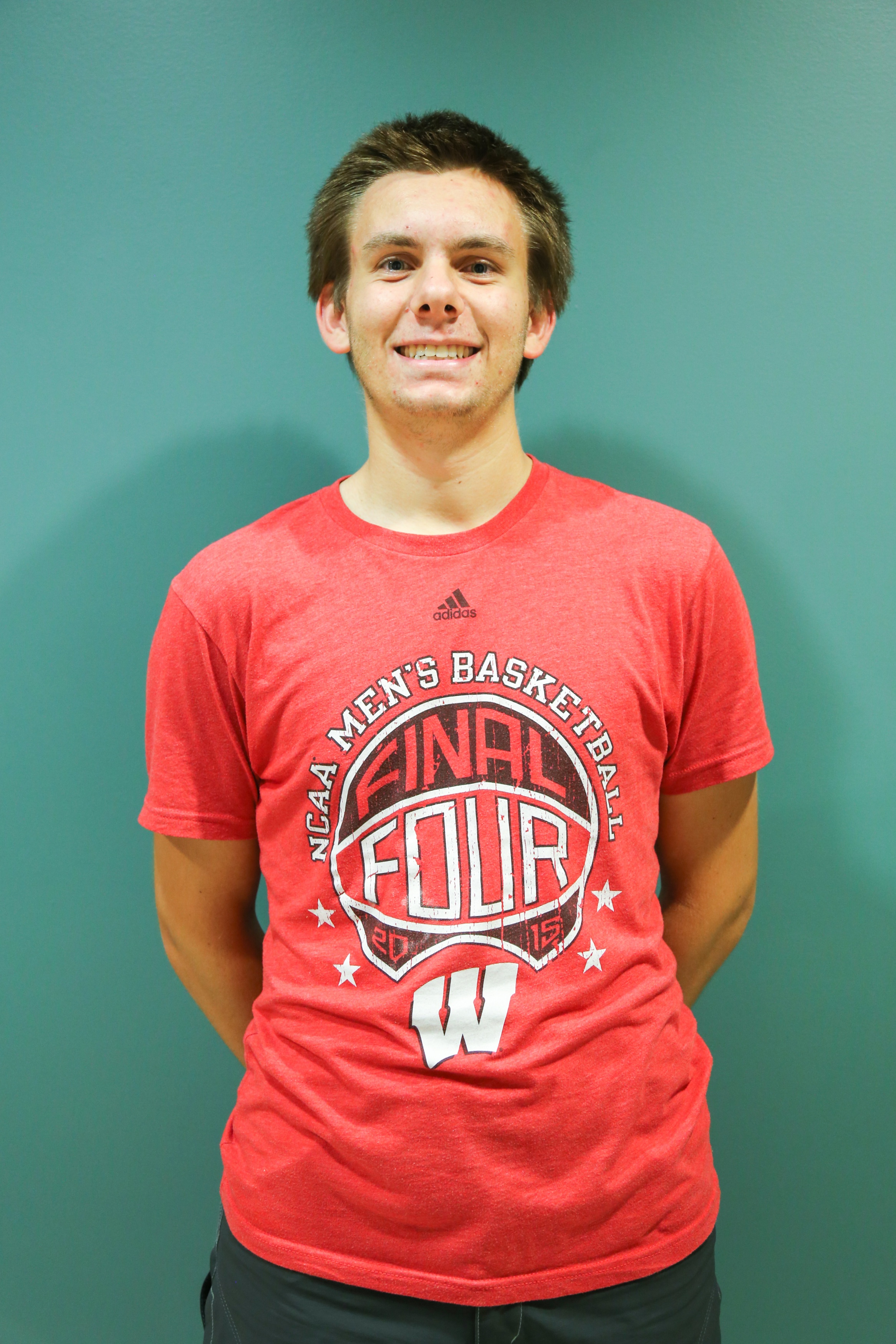 This week I had the pleasure of talking with David Jumes, a senior and number one player on the men’s tennis team who recently set a school record for singles wins. He also led his team for a second straight year to a conference birth. Jumes was nominated for the Blu Crew award Male Athlete of the year for his hard work and dedication.

Shane Farrell: How do you feel you ended your season in singles, doubles and as a team?

David Jumes: I felt like it was a solid season overall in singles and doubles, but I didn’t have as strong of finishes as I was hoping to at conference. As a team, I was extremely proud of us making it back to the conference tournament and having some strong singles wins there as well, with David Brooker taking second at the six singles flight.

SF: You set a record single wins in your career—what does that mean to you?

DJ: I didn’t think they counted wins at conference, so towards the end of this season, I thought I was competing for the second most wins. It was quite a shock when my coach told me that I was then tied for the most wins and it’s quite the honor to have my name up there next to Jason and Ryan Dunn, who are great tennis players.

SF: Will you still play tennis after Lawrence?

DJ: I think I’ll hang up the tennis rackets for the summer and pick up a surfboard instead, but I have no doubt I’ll start playing again in the fall.

SF: What is your favorite tennis memory?

DJ: On the court, I really enjoyed saving seven match points and eventually beating Lake Forest in doubles last year, combined with beating them at conference later and taking second in the one doubles flight. Off the court, I remember my first interaction with Adam Busch and Brian DeCorte like it was yesterday. We hit a few volleys, ate some tacos and got conned into helping Ali Heiring move her futon to the fourth floor of Brokaw when I was a prospective student.

SF: What do you plan on doing after Lawrence?

DJ: I’m going to be taking my finals early and moving out to California for the summer while interning at the Monterey Bay Aquarium Research Institute (MBARI). I’m pretty stoked, but then I’m going to try and find a job in the Fox Cities area as a chemist and apply for grad school.

DJ: I’d like to give a big shout out to my parents for making it to almost every match, the guys on the team (this year and previous years) for all their hard work and Kei Nishikori’s videos for teaching me how to hit winners from the baseline.