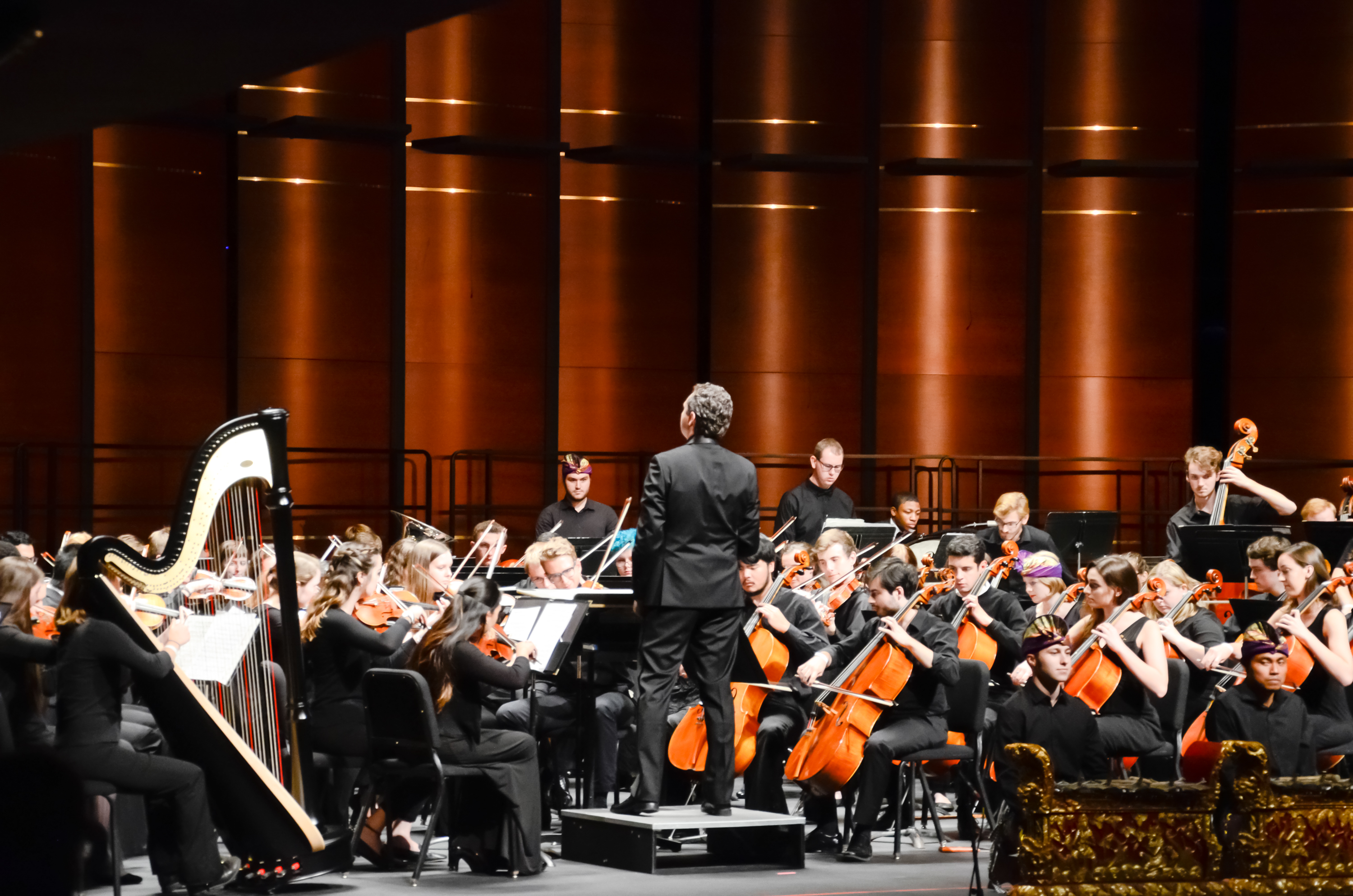 Saturday, Oct. 14, marked the sixth annual Kaleidoscope concert presented by the Lawrence University Conservatory of Music. Those who have not yet experienced Kaleidoscope, as I had not until a few days ago, should note that this is a concert consisting of 400 students between 16 ensembles, in the span of 75 minutes. This event, held in the Fox Cities Performing Arts Center (PAC) off campus, is unique because it provides students, families and the surrounding community with an opportunity to sample the many different parts of Lawrence’s music scene. This may sound overwhelming — and maybe it was, at points — but it was overwhelming in the best way possible.

The PAC is a large venue, and the turnout for the 2017 Kaleidoscope was vastly impressive. The crowded space and the rush of finding seats before the performance put into perspective the immensity of the performance ahead; 400 students? It seemed nearly unreasonable. But after a brief and genial introduction by Dean of the Conservatory Brian Pertl, the night was kicked off by Lawrence University Symphony Orchestra (LSO).

From my seat, approximately half or less of the performances were unseen. The music resonated through the sizable auditorium, and other senses were heightened as direct views of the performers were taken away. Nonetheless, as a visually-oriented person, my eyes began to wander around the venue as many of the performances occurred. During one song, I spotted the reflections off the instruments on the ceiling of the PAC. The light performed a dance on the ceiling as, I imagine, the musicians were expressively moving around and playing their instruments. My direct view of them was gone, but I still found some sight to hold on to.

Between each performance, the audience was completely silent, waiting in anticipation for the next act. Something that I found most exciting and impressive about Kaleidoscope was the recurrence of several musicians in many different ensembles. Particularly, senior Koby Brown, sophomore Nolan Ehlers and senior Nathan Montgomery seemed to appear in almost every other event (this is an exaggeration, but not far from the truth). It was striking to see the involvement and dedication levels of these conservatory students.

Overall, Kaleidoscope gave the audience a chance to experience a large variety of what the Lawrence University Conservatory of Music has to offer. The event was a clear success, and the audience and musicians left happy.