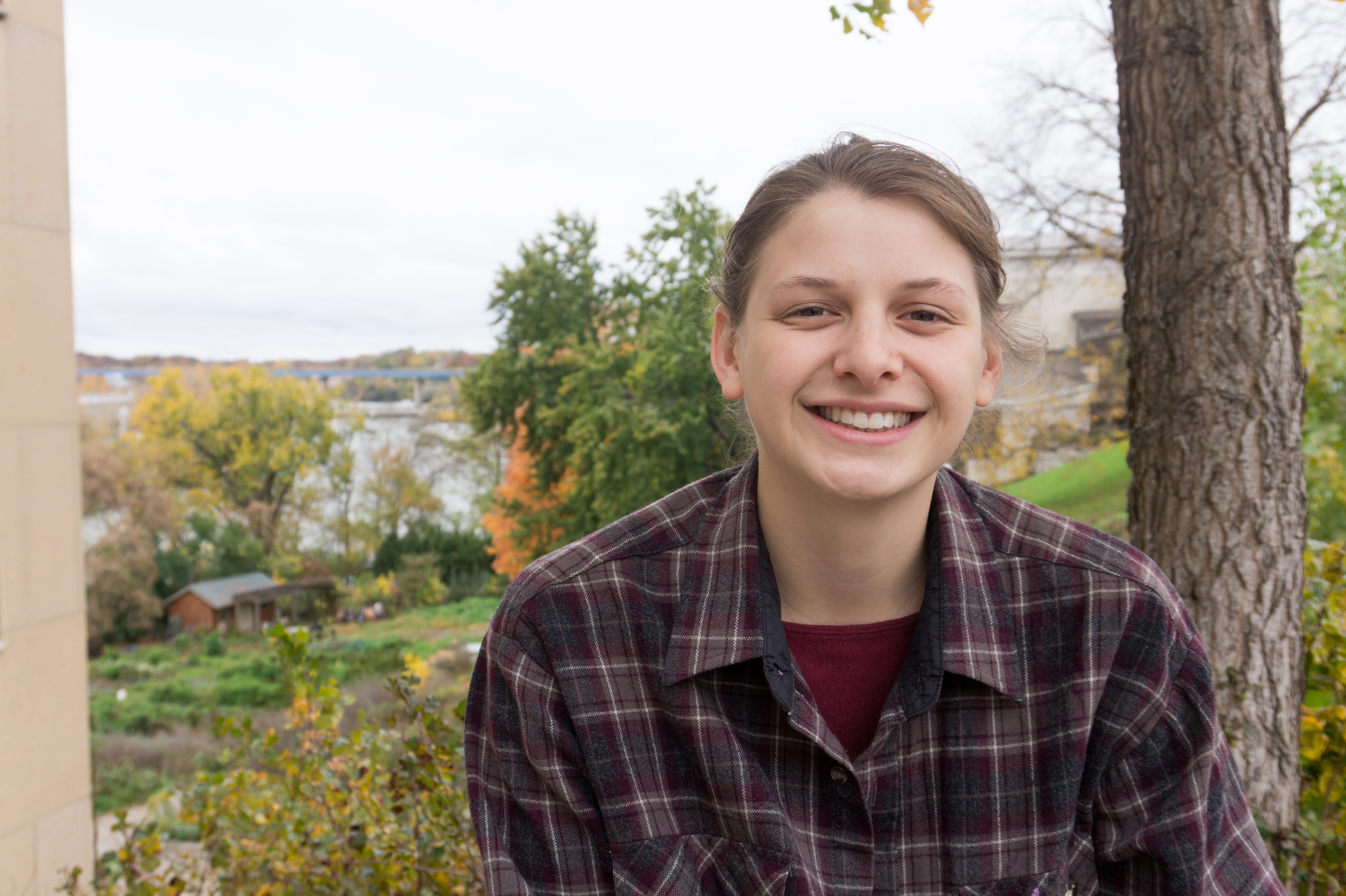 This column intends to find out what it means to be empathetic, strive for understanding and to document fulfillment in action by having conversations with students working on Senior Experience Projects at Lawrence on how they are using their studies and passions as tools to create.

Through four years studying at Lawrence University, students often willingly place themselves out of their comfort zones to experience learning in new and engaging ways. As they do, students can find themselves embracing new struggles that can, at times, appear daunting. These new struggles have the capability to shape the values and understandings of Lawrentians. In this light, struggle has the capability to shape and to reform. Just as people are changed by the challenges they find themselves in, rocks can go through a similar process, at least that connection might be made by students like senior Geology major Juliana Olsen-Valdez.

Olsen-Valdez also values the broad amount of opportunity geology provides to students who are looking to forge science-based careers for themselves. On this subject, Olsen-Valdez stated, “Geology is very interdisciplinary. Depending on what you focus on, you can incorporate many different scientific aspects into your studies in geology. If you like physics or chemistry more, you can delve into that. If you like working with people more, you can go into an environmental science focus in geology. I’m still trying to figure out exactly what I want to do in that realm. But I do know that I love geology.”

Olsen-Valdez started off at Lawrence wanting to study biology, and went through several shifts throughout the various science departments at Lawrence before finally feeling at home in the Geology Department. When she found it, she knew she had come across her perfect fit. “I loved it,” Olsen-Valdez stated as she described what it was like to take her first geology course. “We talked about climate change, we talked about human factors of the earth. We talked about the massive time scale, like 4.55 billion years that the earth has been changing and evolving without us and how we make up the smallest amount of a sliver on the time scale of that frame. I think that’s so amazing. Geology is a perfect mix of the broad connective study that I was looking for, but also incorporating the environment and everything I liked about science and math.”

When Olsen-Valdez looks at a rock, she doesn’t just see a rock, but is also excited by the possibility of that rock’s story. Olsen-Valdez elaborated on this as she stated, “It’s really cool to think about how you can look at one rock and understand the environment that that rock had to form in or how old that rock is. Or how other events have overprinted the history of that rock. You know, it’s so easy to anthropomorphize rocks. Being an Introductory Geology tutor, I realize that when I’m talking about rocks, I am talking about them like people with goals in life going through struggles of metamorphism, but I think it’s something that everyone can related to in a way, being a citizen on the earth.”

Olsen-Valdez is already developing and working on her Senior Experience Project centered on a site near Björklunden called Brussels Hill. Olsen Valdez stated, “My advisor Marcia Bjornerud and I secured funding to drill 330 feet into the ground at this quarry on top of Brussels Hill where there are many deformed rocks. And people were thinking it might have been caused by impact, like a meteor had hit and ground up all the rocks. But some of the characteristics that we think of when we think of impact structure just didn’t fit. We couldn’t find them at the site. So, the next step was to look beyond the surface and go under to get an idea of what the rock looks like underground.”

This understanding sparked Olsen-Valdez’s curiosity and has inspired her senior project committed to understanding what has truly caused these deformed rocks. “My project is working to characterize all of that rock into specific categories to try to figure out if there are certain trends we see as depth increases,” Olsen Valdez explained. “Because it’s possible it might have been caused by intrusion activity. This would be like magma coming up from very deep depths and deforming the rock that way. It’s interesting because we know what we see at Brussels, but we don’t know what happened. We really have to add up everything, have these working hypotheses and slowly try to uncover the mystery. I’m kind of like a rock detective.”

When Olsen-Valdez is not sleuthing through rocks for her research project, serving as a Teacher’s Assistant in intro geology classes or leading as co-president of the Geology Club here on campus, she takes most joy in spending time outside, appreciating the rock she spends so much of her time studying, the earth. Olsen-Valdez stated, “I try to spend at least a little bit of time outside every day. Because I feel like I need the fresh air, I need to be looking at trees or something. Connecting back to the earth. It sounds so cheesy, but I feel like I’m a very holistically and geologically driven person. I feel like moving my body outside helps to me stay grounded. (Literally).”