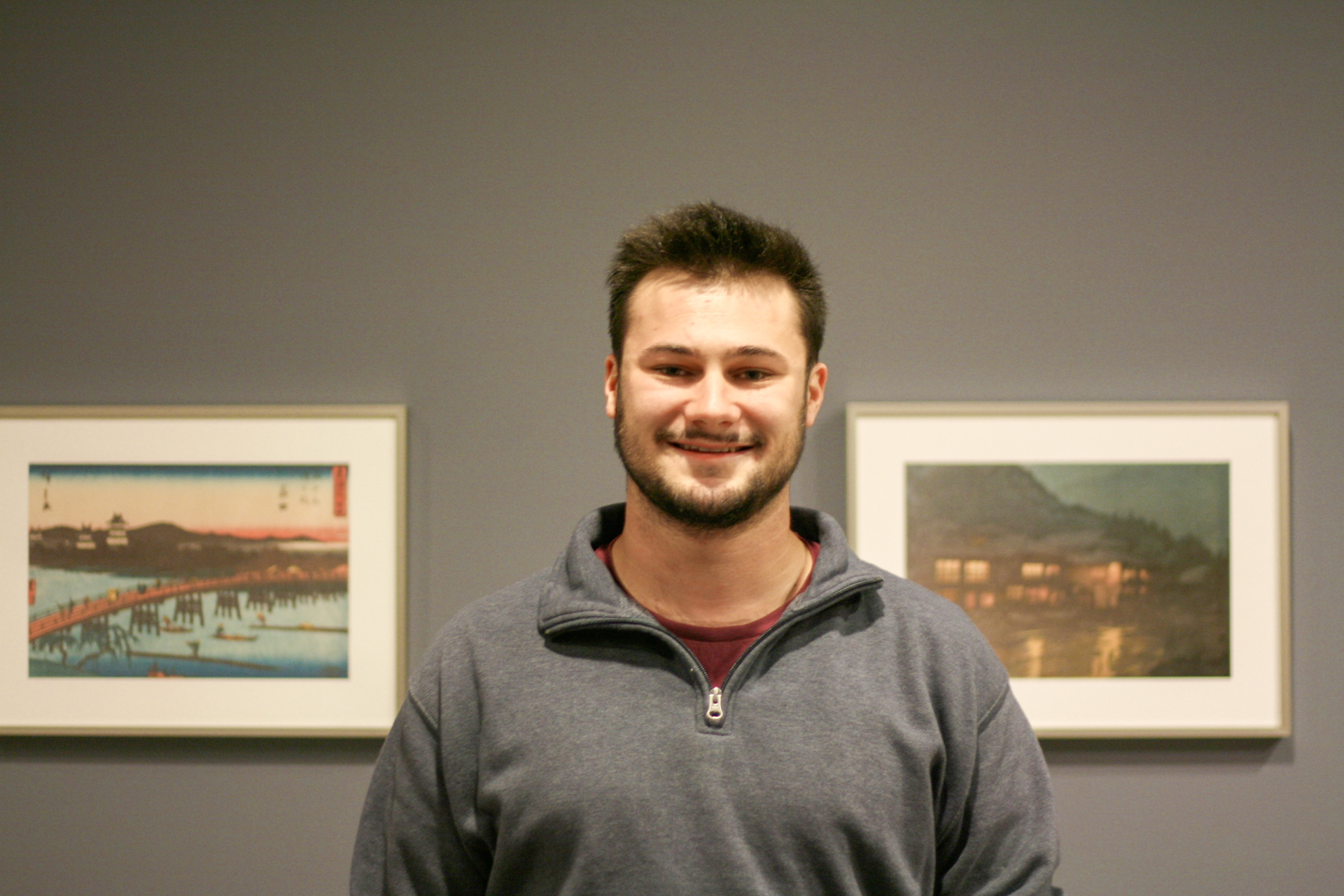 Here at Lawrence, areas of study can quickly become intersectional and hyper-related. These connections can exciting, thrilling and even vastly overwhelming. But for students like senior government and religious studies major Mason Krelitz, these intersectional opportunities are where real learning, engagement and understanding thrive.

Krelitz started off at Lawrence as a potential Geology major, but after discovering he was not as passionate about science as he had anticipated, he shifted his focus more towards the route of humanities. Over the last four years, he has developed a double major in religious studies and government. This double major is not just two separate areas of study Krelitz happens to be interested in; for Krelitz, they are deeply and intrinsically interconnected. As Krelitz stated, “At the core of it, my main interest is where religion and politics meet and what that means for the world.”

Krelitz was eager to dive into the work he has been doing with his Senior Experience Project. The bulk of his project is observing the place of Christian Zionism in the United States. Krelitz explained Christian Zionism, saying “Zionism refers to the beliefs upheld in a Jewish homeland. It’s a Jewish movement for a Jewish state. But then in mainland U.S.A. there is a growing group of white, evangelical, protestant individuals whose faith is centered on the result of a literal interpretation of the Bible. This can be called Christian Zionism.”

One pattern Krelitz finds interesting is how the development of Christian Zionism coincides with the rise of the Moral Majority in the 1980s. This holds implications that Krelitz is studying in his project. Krelitz elaborated on the rise of the Moral Majority as he stated, “The Moral Majority can be seen as the first organized group of what’s known as the Christian Right. The Christian Right is a large voting bloc in the U.S. of mostly Evangelical Christians, but even more specifically white protestant evangelical Christians. And they comprise this huge portion of the voting bloc in the country. We’re talking tens of millions of people.”

“In the eyes of the Moral Majority,” he explained, “our country had lost its ways in the 60s and 70s. They felt a need to organize a group of Christian voters that would work to support their values in policy. So in 1979 the Moral Majority was started by Rev. Jerry Falwell, a prominent reverend.”

He went on to discuss the power of religious leaders like Rev. Jerry Falwell. “They had such a large influence on such a large group of people,” he elaborated. “It’s the pinnacle of s grassroots organization. Jerry Falwell reached millions of people on TV. Then you’ve also got this hierarchy of other reverends and pastors who feel similarly and share their views with their congregates. So all of the sudden, it almost becomes a religious duty to vote for Reagan.”

The vast majority of the Moral Majority did vote for Republican for Ronald Reagan, especially in the wake of Roe v. Wade when the Republican Party took an anti-abortion stance. So the Moral Majority was on Reagan’s side, even though Reagan himself did not align consistently with Christian values. Krelitz found this compelling as he stated, “Reagan was this president where part of this victory can be attributed to the influence of the moral majority. But his predecessor, Jimmy Carter, was a much more devout southern baptist evangelical Christian. Likely, Carter was more religious than Reagan, but Carter was democrat. That was his problem”

Krelitz’s project is focusing on these inconsistencies and working to ask if the Moral Majority and the Christian Right legitimately changed legislation and affected policy. There is a biblical prophecy that states the second coming of Christ will take place when the Nation of Israel is reestablished. This became a real and important process to Evangelical Christians. Reagan took advantage of this belief in his campaigning and in his presidency. Krelitz explained this as he stated, “A large portion of voters for Reagan actually had to do with Israel. And the perception that the democratic party wouldn’t carry out this biblical prophecy. So Reagan uses a lot of language that suggests an unwavering support of Israel and an idea that Israel and the U.S. were built on the same values. You’re seeing this example of this president whose success is this huge voting block with distinct beliefs.”

The root of Krelitz’s project comes in assessing whether or not this situation actually created gain for the Christian Right. In his opinion, there were few fruits to their labor. Krelitz stated, “Are the policy decisions that Reagan made in his eight years as president actually in line with what the Christian Zionism movement at all? It’s hard to distinguish. I mean, Roe v. Wade wasn’t reversed, school prayer is still banned. Domestically speaking, they didn’t achieve much. A lot of what I’ve read actually shows that Reagan really played the Christian Right. He said things that appealed to them because he realized their voting power. But once he was in office, nothing really got done domestically.”

If the Christian Right was left with no gain from their unified work, does the United States benefit from this situation? For Krelitz, that’s not the case. “Really, this whole ordeal just complicates any sort of peace process in the United States. And this sort of thing is still happening. You can look at with George H. W. Bush, George W. Bush and you can look at this process with Trump too. You need to look at what the president actually does, and it’s not always in line with what they say. That’s the discrepancy.”

The opportunity to dig deep into an area of interest, a specific phenomenon or, plainly put, a passion, can feel intimidating and vast. But for Krelitz, this opportunity has a space for him to see how his passions interact, and to ultimately lead him to new passions with exciting intersections and connections.