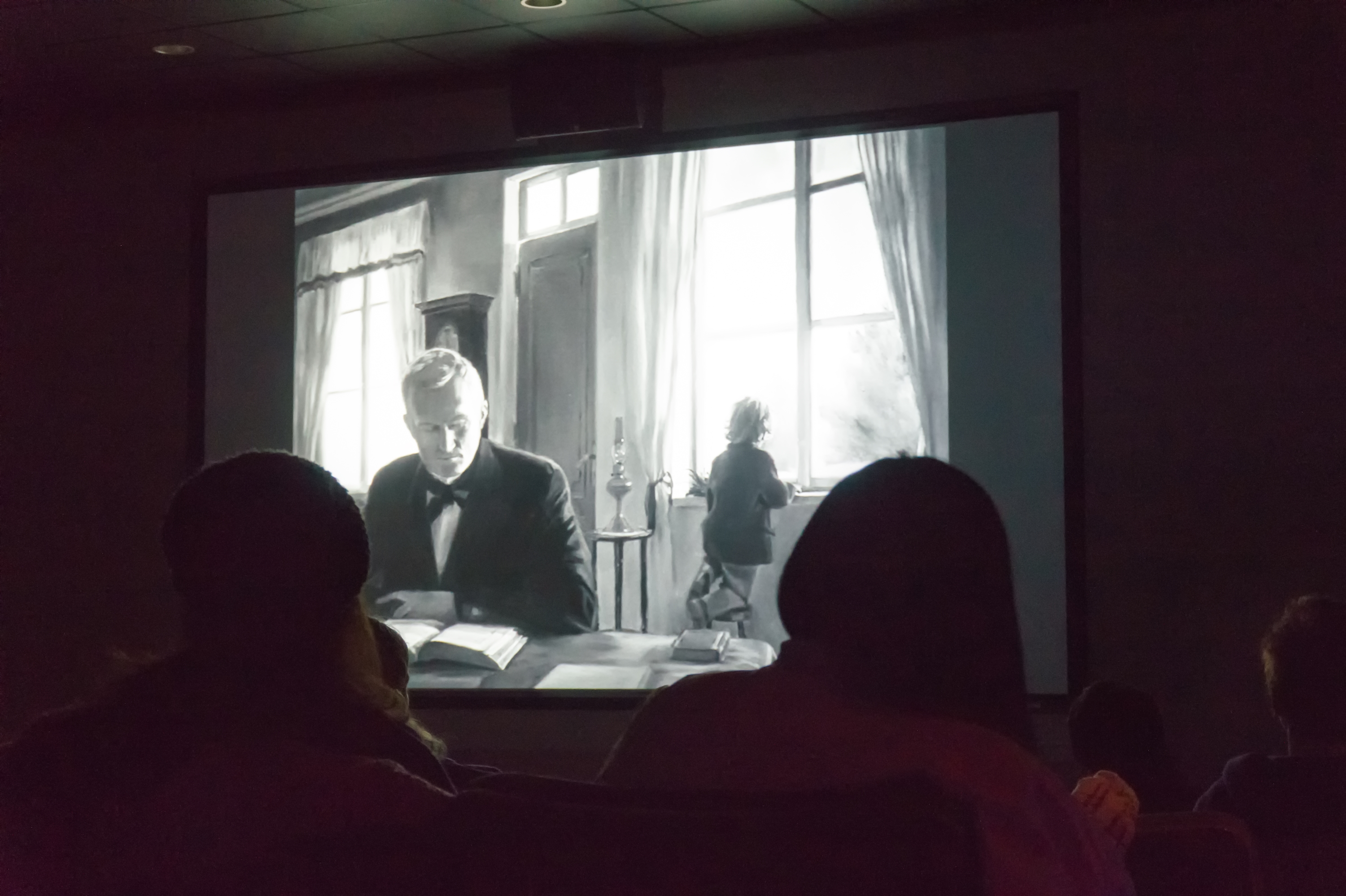 “Loving Vincent” was screened in the Warch Campus Center Cinema on Friday, Jan. 12 and Saturday, Jan. 13.
Photo by Taylor Blackson

Dubbed “the world’s first fully painted film,” “Loving Vincent” contains 65,000 hand-painted frames in the style of Vincent van Gogh, created using live actors and animated elements as reference. This incredible fusion of film and paint took six years to make and used the talents of over 100 artists, according to the movie’s website. Well casted, beautifully made, intensely profound and satisfying, “Loving Vincent” has won the 2017 European Animated Feature Film award as well as 13 audience awards at multiple film festivals and has been nominated for numerous other awards, including the British Academy’s Best Animated Film of the Year award and a Golden Globe.

“Loving Vincent” centers around the life of Vincent van Gogh tharough the lens of his death. The postman (Chris O’Dowd) sends his son Armand Roulin (Douglas Booth) on a mission to deliver Vincent’s last letter to his brother Theo and to investigate the curious circumstances surrounding his (possible) suicide. Armand quickly learns of Theo’s passing, which occurred a mere six months after Vincent’s death, but, being motivated to deliver the letter to someone close to van Gogh, he ends up in the town of Auvers, where Vincent spent the last portion of his life. There, while he waits to get an audience with Vincent’s doctor, Paul Gachet (Jerome Flynn), Armand stays at the inn in the very same room where Vincent passed, and, intrigued by the innkeeper’s daughter’s (Eleanor Tomlinson) comments, he searches for clues that Vincent may not have killed himself after all.

The title of the movie could refer to three things: the way Vincent always signed his letters; a phrase to describe the kind of person Vincent was; or the act of caring about Vincent performed by the people of Auvers and the surrounding area after his death, if not before. Indeed, Armand finds that many in Auvers feel Vincent’s death very strongly, including Gachet’s daughter Marguerite (Saoirse Ronan), who, by the end of the film, forces Armand to acknowledge that his quest to blame someone else for Vincent’s death is largely motivated by his own guilt at not being a better friend to Vincent in life.

The movie takes on the guise of a murder-mystery, with various clues pointing in different directions. Some say Vincent shot himself in the fields and stumbled back to the inn where he died two days later. Others say Vincent shot himself in the Gachet’s barn, or perhaps in another place where he used to paint while taunted by village boys. Yet Armand is not alone in thinking that perhaps someone else shot Vincent; Dr. Mazery (Bill Thomas) asserts that the angle of the wound in Vincent’s stomach proves he could not have done it himself. The film shows the efforts of modern research into Vincent’s horrible death; when someone dies unexpectedly, people must examine their letters, interview people who knew them, go to the possible scene(s) of the crime. Armand’s investigations are mixed in with flashbacks of Vincent’s life, which give important information without slowing the film’s momentum.

With the film’s conclusion, we in the audience are also forced to accept what Armand reluctantly admits: we will probably never know the truth of what happened, and while Vincent was alive, he was miserable and lonely yet full of a passion for his art and a love for the people close to him. He created around 900 paintings and sold only one during his lifetime, a haunting fact. Posthumously, van Gogh is considered one of the most important and influential artists of all time, prompting the making of this tour de force of a film. Exquisite from the painted title sequence to its beautiful last scene, “Loving Vincent” preserves the essence of Vincent van Gogh’s nature by asserting that no detail is too small to be included, no moment in time is without its supreme beauty, no person lives without an intricate story.