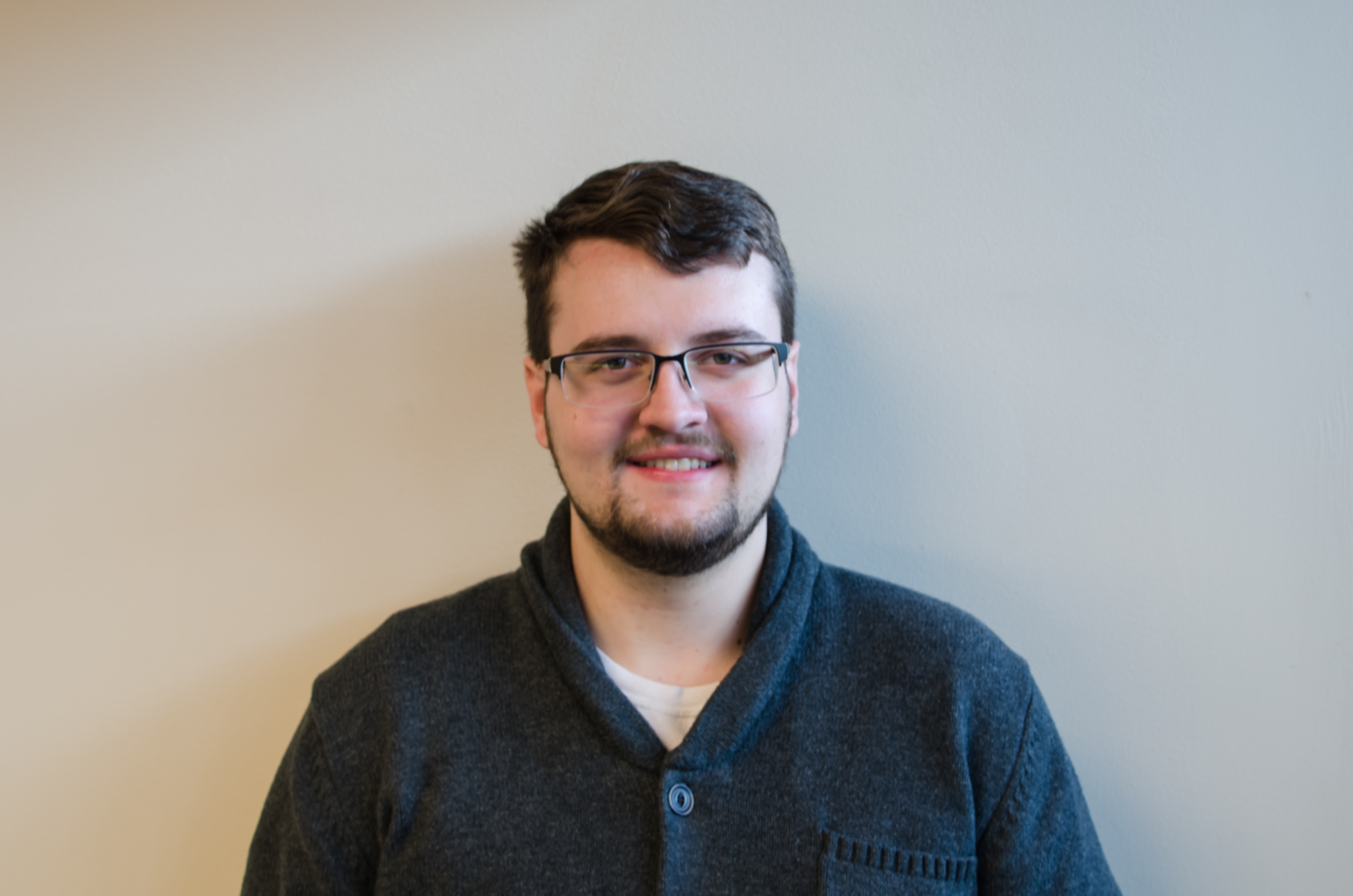 Senior Physics and Studio Art Major Aedan Gardill just got back from his last trip to Björklunden as part of the physics department’s annual retreat. Along with the other seniors, he led the department in a game of physics-themed Jeopardy that he helped to design and spent the weekend relaxing with the professors and classmates he has spent the last four years learning with.

Now that he is back on campus, he has quickly returned to juggling between perfecting his physics experiments as well as finding time to create meaningful art. Between it all, Gardill finds connections, joy and comradery in his studies both in physics and art.

Gardill has found a long-term passion in both physics and art and understands how they can benefit each other. Gardill stated, “I think my art side helps with creative problem solving in physics. It lets me see systems in three dimensions and visualize them in my head more. And I think physics adds to my art in a more organizational and structural way of making art.”

The art Gardill is most passionate about making right now is for his Senior Art Exhibit, which will be on display in the Wriston Art Gallery opening on May 25. This exhibit will feature four of Gardill’s portraits, all of African American Women Scientists of the twentieth century. Gardill was first inspired to pursue this series last year.

Gardill stated, “I did a painting of Mae Jemison who was an amazing astronaut but who was also a dancer and really supported the combination of art and science. I really loved that she wanted the same things I do in seeing how art and science are related. I felt like I found my niche and I knew what kind of art I could make that could make an impact.”

Gardill was quick to define that this series is not a means of his own identifying with these women. To this idea Gardill stated, “I can’t identify with these women, that’s the line I walk. I am not an African American woman in science, so I don’t know how it feels to be a minority in science. But we have the ability to celebrate and to share their stories. Most people could maybe name a handful of women scientists, maybe just Marie Curie. But you can of course name multiple men scientists. I want to let the work of these women speak for themselves.”

When Gardill is not working on this series, he is back to working in the physics department on his senior physics project. The main focus of Gardill’s project is the Seebeck effect, which describes a phenomenon where a temperature difference between a semiconductor creates an electrical current. In layman’s terms, a semiconductor is some sort of material that can sometimes conduct electricity, but it is dependent on the conditions it’s put under.

Why is the temperature difference between a semiconductor important? Gardill suggested its a mechanism that can gauge energy conservation. Gardill stated, “Energy waste is a huge problem. In creating energy, a lot of waste comes through heat and that heat could be used in the Seebeck effect as a thermoelectric process where it converts the heat back into electrical power again. So studying the Seebeck effect can help understand how to reclaim some of that wasted heat. It’s also used in space travel. It’s one of the best ways to power a small system on a spacecraft or satellite. If half the satellite faces the sun so it’s hot and the other half not so it’s cold, then there’s a temperature difference and you can create a little bit of power.”

Gardill is in the process of testing his own design of the Seebeck effect in hopes of collecting the proper data. His design involves setting up two copper blocks, one with cold water running through and the other with a heater attached to it. The heater reaches 500 degrees Fahrenheit, which, at one point in Gardill’s experimentation, was so hot that it burned hole into a table.

“I’m just trying to get this to work,” Gardill stated, “I’ve already burned a hole into a table.” Indeed, somewhere in the physics department this hole remains, a testament to Gardill’s work. Between the copper, he attaches silicon, which is the infamous semiconductor, to act as a sort of bridge. On the silicon, Gardill places probes that measures the temperature difference and voltage.

While this could sound convoluted and dense to someone unsure of their physical science terminology, Gardill suggested it is very important to talk about physics casually. Gardill stated, “We need to work to increase science literacy, especially in physics. You can talk about biology and even chemistry pretty easily to people who aren’t engaged in those areas of study, but I think physics is a real wall to most people that they don’t want to go over. It can feel like a boundary. But I think that including physics in more conversations can make it easier to understand and it’s definitely possible.”

Gardill has discovered that there is more than enough room for both of his passions at Lawrence and in his own life, as he begins looking for opportunities post-graduation that will involve both his love of physics and art. One idea he seemed most interested in pursuing is research in art preservation through use of material and physical science. Even though he goes to a different classroom to sketch than he does to design experiments, Gardill has found that both passions have come together to paint a bigger story that he does not plan on erasing any time soon.