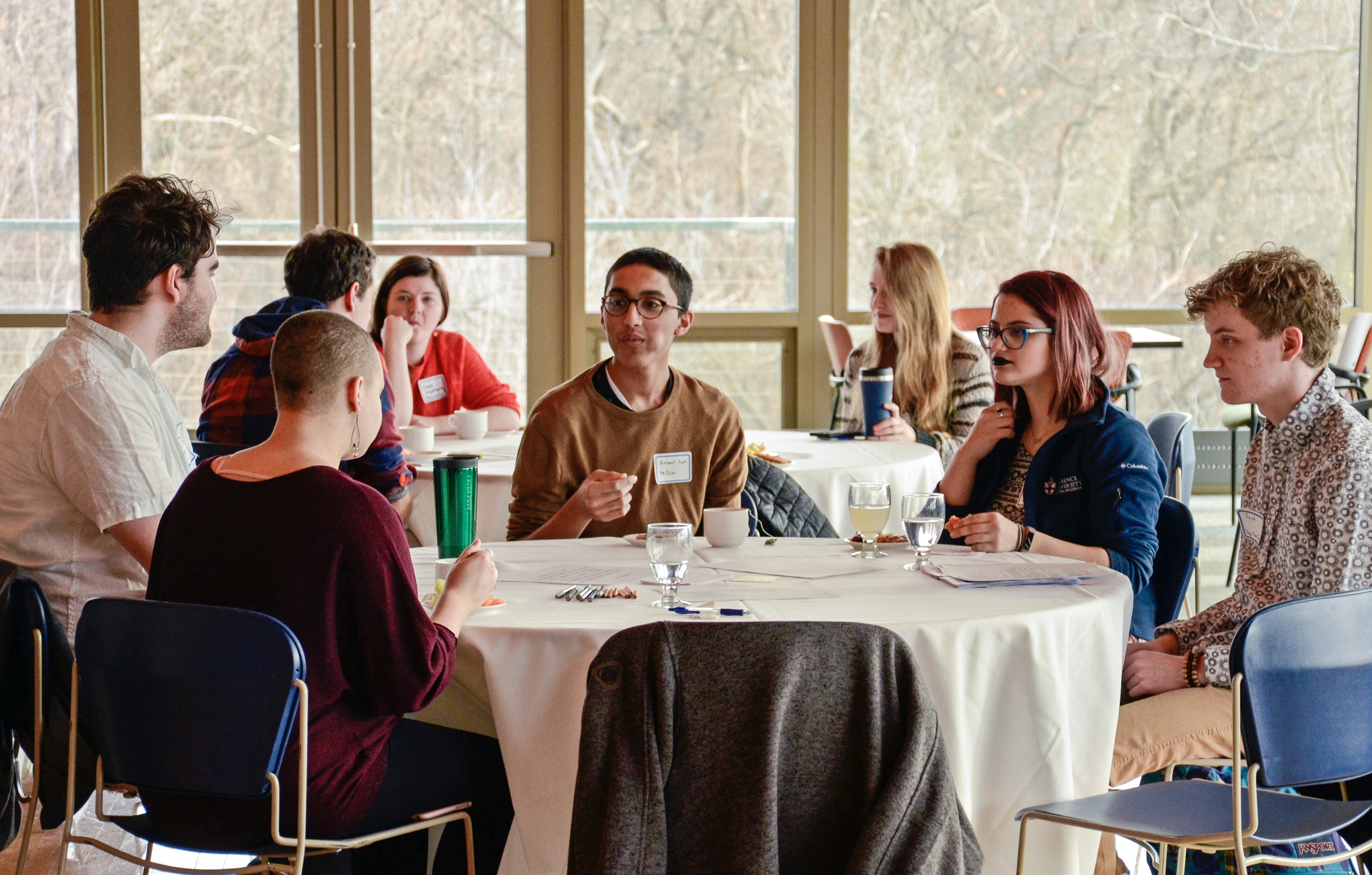 As a “starting point for dialogue,” Lawrence University’s Committee on Diversity Affairs (CODA) held a Diversity Conference in the Somerset room last Saturday. The Diversity Conference was organized by a multitude of Lawrence diversity groups, with CODA at the head. The Conference consisted of a presentation by a guest speaker, followed by small group discussions.

CODA board member and junior Rebecca Bernheimer commenced the meeting by introducing Jaime Gonzalez ‘16, a Lawrence graduate and the current assistant director at St. Norbert College’s Cassandra Voss Center (CVC). According to their school website, the CVC “focuses on transformation through initiatives related to race, class, gender and identity.”

“For many of our students,” said Gonzalez, “this is the first time they are being exposed to these topics, so for the CVC it’s about providing them with the tools to be able to continue the discussion.” He went on to say that the CVC is open to everyone, not just St. Norbert students.

On Saturday, Gonzalez spoke about creating a “culture of dialogue” on campus and in our communities. For Gonzalez, it’s about identifying what does or doesn’t enable us to engage in genuine conversation with each other, to talk about difficult topics such as discrimination in our societies. 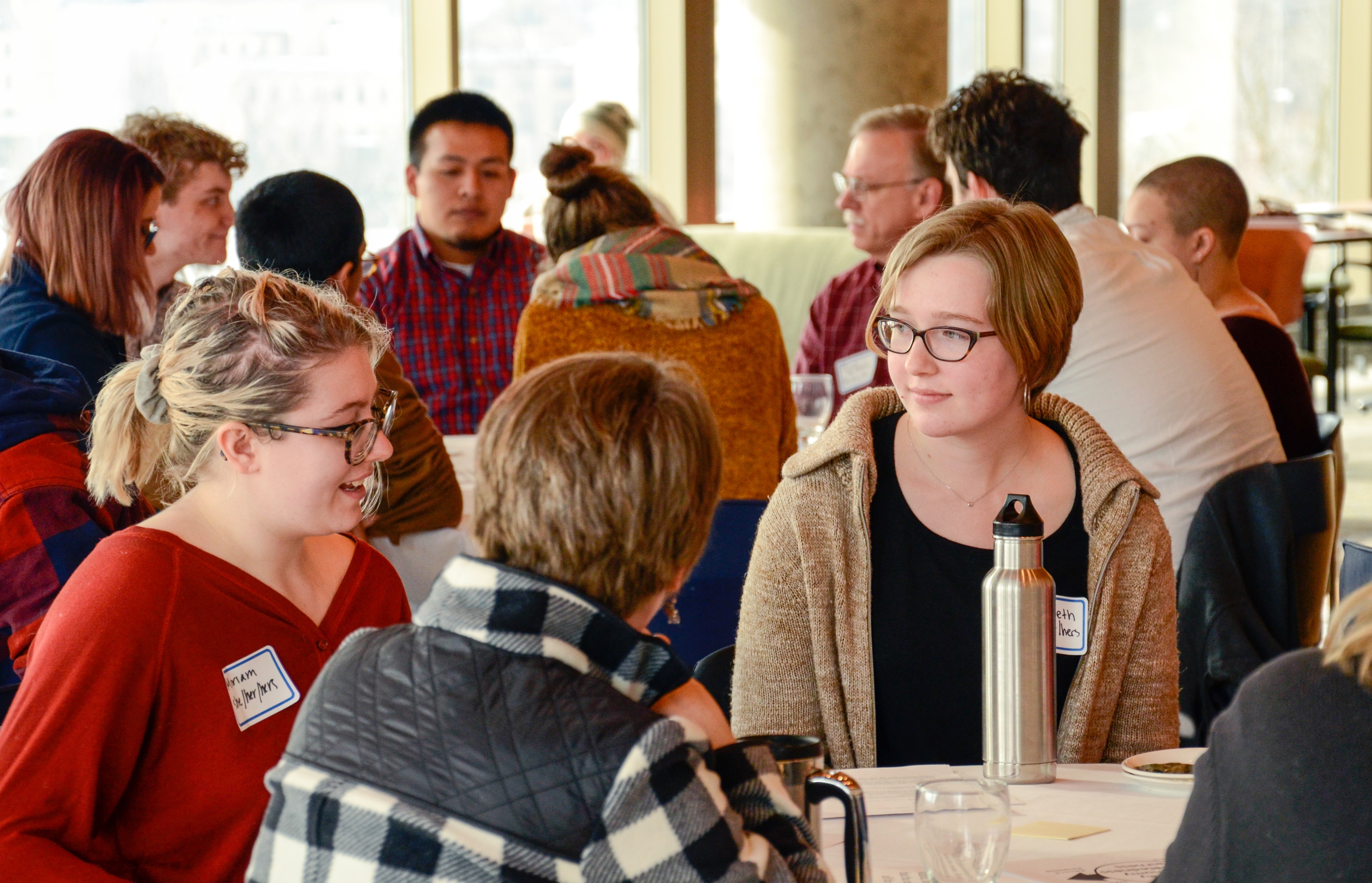 Sophomores Miriam Thew Forrester and Elizabeth Bridgwater engaged in conversation at the group discussion portion of the conference.
Photo by Marieke de Koker

He drew upon findings in neuroscience which shows that when we interact with one another, social behavior tends to minimize threat and maximize reward. This is the “Approach and Avoid” technique. Gonzalez argued that this makes things like micro-aggressions go unaddressed in our everyday lives.

Micro-aggressions are a “brief indignity, intentional or unintentional.” For example, commenting on someone’s race could be a micro-aggression. Gonzalez explained that while these “brief indignities” are certainly not the most extreme examples of discrimination, they can still cause harm. Social expectations inhibit problem solving, as people decide to sweep things under the rug instead of confronting them. This only compounds the issue, allowing people to generalize more and take less risks.

Afterwards, Bernheimer led the congregation of faculty, students and other Lawrence community members in a conversation to outline discussion guidelines for the small groups. The audience came up with suggestions such as “discussing the issue, not the person,” “I statements,” and “respecting confidentiality.” Then, a facilitator at each of the tables set up in Somerset for the event led each group through several scenarios. Individuals were asked to consider how they should act in situations where either they, or a classmate, friend or acquaintance might be experiencing micro-aggressions.

The conference included another talk on academic freedom and trigger warnings, to add more scenarios to another round of small group discussions. Finally, the event ended with a return to Gonzalez’s message on how the community can create more opportunities for dialogue on difficult issues.

Bernheimer said, “These are scenarios inspired by things that have actually happened on campus. We want to figure out things like how someone might intervene, and who is the best person to do that. It’s important to know how we can work together to address those issues, because we all probably have the same goals.”