The Mudd and Me: Alumnae to Library Staff 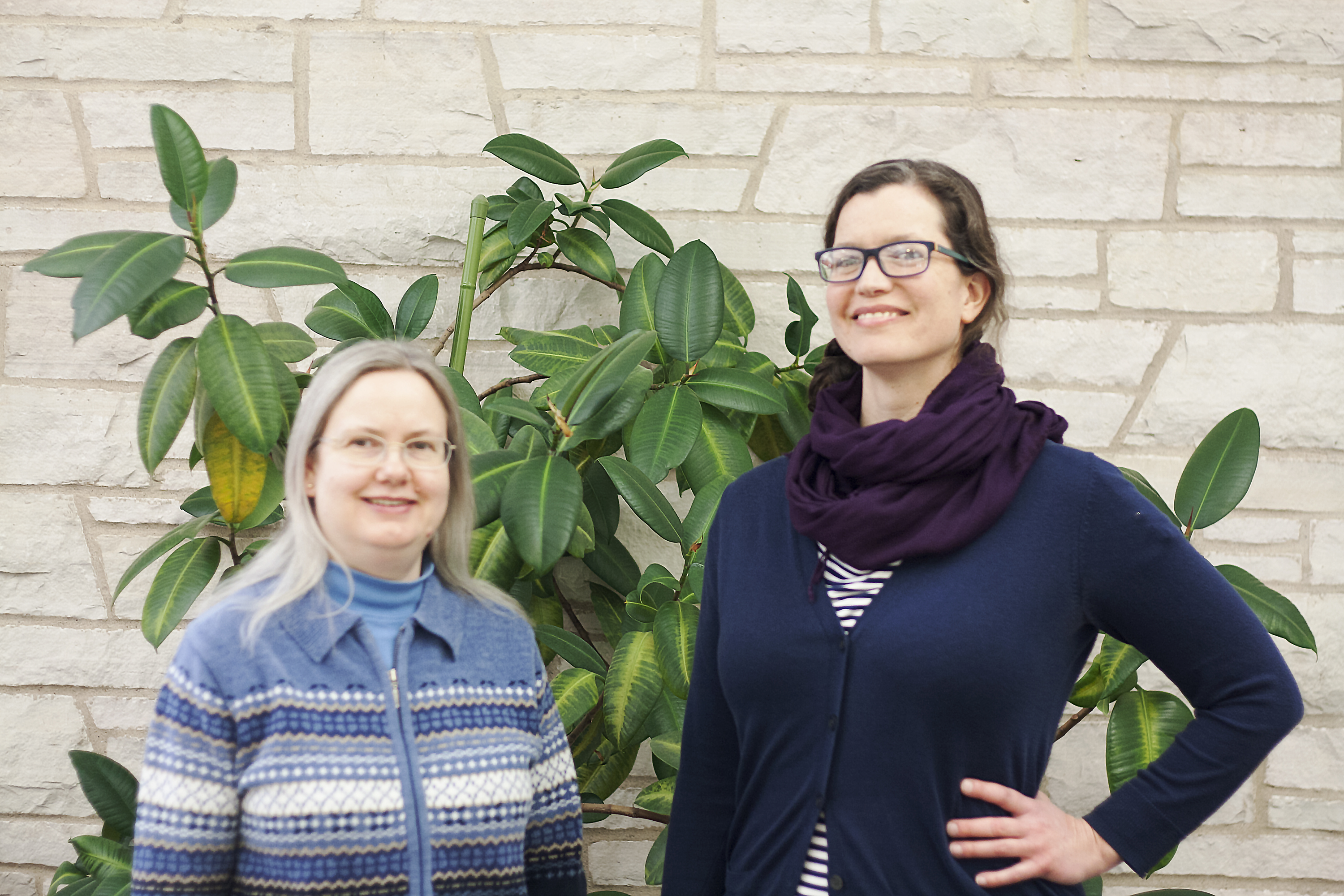 What do Lawrentians do after graduating? The answers are intriguing and varied, and the Lawrence alumnae who currently work in the Seeley G. Mudd Library are a prime example of this. Though each graduate has returned to the “Lawrence bubble” to serve the library, their paths back to Lawrence were each unique, as are the positions they fulfill.

Once out of college, Tuyls, who had always lived in Appleton, stayed in the area. “My first job out of school was working for a midwife,” she said, “and I managed all of her paperwork and just basically managed the office for her.” After a few years, Tuyls saw the job opening in the Seeley G. Mudd Library and re-joined the Lawrence community in 2012.

Tuyls was drawn to working in the Seeley G. Mudd Library for several reasons. “I am a huge lover of libraries in general and quiet spaces, which as anyone who loves a little quiet knows, there are very few quiet spaces in the world so I love working in the library for that reason,” Tuyls said, and added “I’ve always loved libraries, and being a homeschooling mom we use all of the libraries locally, so I think that was a good match personality wise…the fact that it’s a part-time position [also] worked really well, because I needed a job but I also was still homeschooling, so that was my biggest priority.”

For nearly six years now, Tuyls has been doing “a little bit of everything” around the library. From watering the plants and counting money in the copy machines to taking minutes on all library staff meetings, Tuyls keeps several important aspects of the library running. Tuyls co-manages the library’s social media presence on Facebook, Instagram and Pinterest as well as curating the themed book displays on the ground floor and keeping track of library funds and financial reports. “Something I absolutely love about my job is the variety, and the fact that I get to interact with every single person on the library staff on a regular basis!” Tuyls exclaimed.

Having lived in the Appleton area and worked as a professional proofreader for 10 years, Periodicals Assistant Trudi van Beuningen-Hamilton ’86 was able to make a dream of serving the Lawrence community come true when she joined the library staff in 1996.

With all of these journals, magazines and newspapers to organize, van Beuningen-Hamilton explained, “I use the acquisitions cataloging and resource management roles in ex libris alma, our library’s newest library services platform, so I’m sure that all the renewals are paid, all the pint issues received and later processed for binding and all electronic journals access is enabled.”

While currently 33 percent of the active titles are in print and 67 percent are electronic, the numbers are constantly changing. “This is the collection that I help maintain for the library to help fulfill its mission to serve the faculty and students in their academic endeavors” van Beuningen-Hamilton concluded.

University Archivist and Assistant Professor Erin Dix ’08, like many Lawrentians, explored many options along the way before becoming the established Lawrence Archivist. “I was one of those people who starts out in the conservatory and then changes track partway through, so I ended up with just a B.A. in music and sort of tacked on [a] history major too,” Dix explained.

Having originally planned to be a music educator, Dix’s shelving job at the library throughout college as well as an internship working in a children’s department of a public library helped Dix to realize an interest in a library-based career. “All of those experiences and my interest in history got me thinking about archives, so that’s sort of how I ended up deciding to pursue the library thing professionally” Dix said.

After graduation, Dix briefly moved to Madison to attend graduate school for a masters in Library and Information Studies with a specialization in Archives and Records Administration at UW-Madison. After completing the two-year program, Dix found that the Archivist position was open at Lawrence’s library and took the job in 2010. As the university archivist, Dix manages the archives and is also one of the reference librarians.

Dix describes the archives position as one which is focused on “promoting understanding Lawrence and Milwaukee-Downer history on campus” which is accomplished, as Dix explained, “…with our collections, which are very cool. We have unique records that document that history, so the job involves managing the stuff: taking in new collections and helping people use it to find information.”

Each of these members of the library staff was given unique opportunities through their individual experiences at Lawrence and beyond. Each alumna now contributes in turn to the Lawrence community in unique and valuable ways.