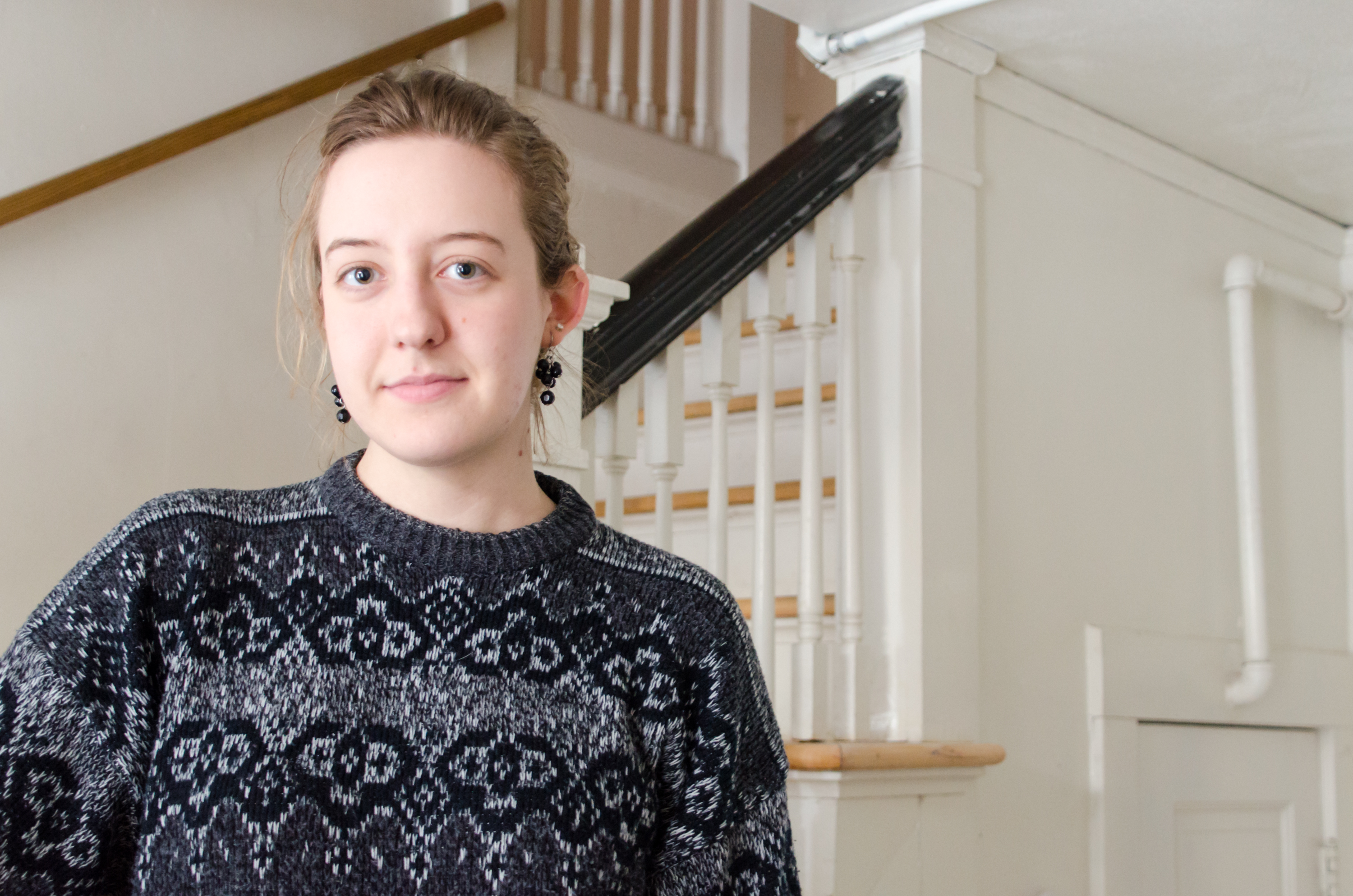 When it comes to the stage, there is not much senior Anthropology and Theatre Arts double major Jenny Hanrahan hasn’t dipped her toe in. From onstage work to offstage work, and to a family committed to the arts with her father working as a director, Hanrahan has grown up attending, enjoying and being a part of the world of theatre both in her Illinois hometown, at Lawrence and internationally.

While Hanrahan started off her studies at Lawrence convinced she would like to study Biological Anthropology in the hopes of pursuing Forensic Anthropology, she quickly found that her love for theatre was more than a hobby and was truly a passion. Hanrahan stated, “I’ve always done theatre. I grew up around theatre. So it has always been implicit in my life, but when I went to school I didn’t actively participate in it. But the moment I started working in a show my freshmen year and realized that this was actually a huge part of my life and right after that I decided to declare my major winter term of that year.”

“Anthropology helps me to look at theatre through a lens of social research,” Hanrahan stated as she explained how she sees her love of theatre and her studies in anthropology coexisting. This became especially relevant to her as she studied in Pune, India last year where she worked with a theatre community. Hanrahan went on as she stated, “It is exciting to see theatre through that lens, and I especially got to see that last year as I worked in Pune. It helped me to understand the theatre itself and the culture surrounding it.”

There was a great deal for Hanrahan to take in as she traveled to Pune last year and found many opportunities to work with new people and their own love for theatre. What she found and learned has greatly influenced what Hanrahan hopes to achieve through theatre. Her main finding through her travels was her introduction to Grips-Theater, a well-known children’s theatre with its roots in Berlin which has grown popular worldwide and has a strong presence in Pune. Grips-Theater hopes to communicate the stories of children and young people through theatre.

Through her work with the Grips-Theater group in Pune, Hanrahan found herself working with directors, owners and lovers of the theater, and even got to work at IAPAR International Theatre Festival hosted in Pune. Hanrahan stated, “My advisor in Pune asked if I wanted to be a part of the festival and I said, ‘heck yeah.’ Through that I started spending a lot of time with everyone and getting to know them, and I got to work at the actual festival. It was five days at the theater. There were people from Austria, Italy, India, Korea, Russia and all over coming to perform in Pune.”

With her Grips-Theater experience, Hanrahan is hard at work on her Senior Experience Project combining both her Anthropology studies and Theatre Arts into one interdisciplinary theatrical experience. Hanrahan is working to direct a Grips play, “Busy Dizzy Daphne and Arthur,” to be performed at the Boys & Girls Clubs connected to Appleton’s YMCA. Past Passion Project interviewee, senior Tamanna Akram, will be leading a workshop with the Boys & Girls Clubs that will culminate in Hanrahan’s performance.

Hanrahan stated, “The play is an original Grips play from the 70s that was translated from German to English by an American theater maker. It’s been adapted by a theater group in Milwaukee so it’s more culturally relevant to America. But that means the script has been translated to be relevant to America in 1972, so one of my hopes with this process is working to try and change important aspects of the play that will make it more relevant to Appleton 2018.”

One of the major aspects of these Grips plays is a concept taken from Bertolt Brecht, a playwright many Lawrentians might be familiar with. Hanrahan stated, “The play uses these Brechtian effects that play to an alienating aspect of theater. These effects center on direct social issues but use heightened theatricality to let the audience keep a steady critical mind. One major example of this is that the actors are all portraying children, but the actors themselves are all at least fifteen years old. There is a lot to dig in to with that. We want it to empower children, but adults are speaking as children. Beyond that, we will use a lot of these Brechtian effects as a device to maintain a distance as to not become too invested in the emotions of the play.”

For Hanrahan, she has enjoyed many of the pieces she done onstage, but her favorites are the ones written by her own classmates. She stated, “Last year I was in a play called ‘Nineteen’ which was a part of the student playwright series. I loved that play and that series. It’s incredible seeing what students create and getting to perform it. And I really connected to the play and the story of family on a whole.”

Hanrahan has found her home sewn within the connections she finds in each play she is a part of. Hanrahan stated, “I always love getting to go onstage and to tell stories. Getting to watch theater is so empowering, and the thought I could do that for others is amazing and empowering as a storyteller. Seeing the ways theater impacts communities outside the stage is also incredible. I am always inspired and impressed to see ways that theater can bring good into the world; theater can move past being a moment on stage that you see an then it’s done. Theater can exist outside the contained performance space.”

Senior Anthropology and Theatre Arts Major Jenny Hanrahan. Photo by David Baldwin. This column intends to find out what it means to be empathetic, to strive for understanding and to document fulfillment in action by having conversations with students working on Senior Experience Projects at Lawrence on how they are using their studies and passions…