Athlete of the Week: Kenya Earl 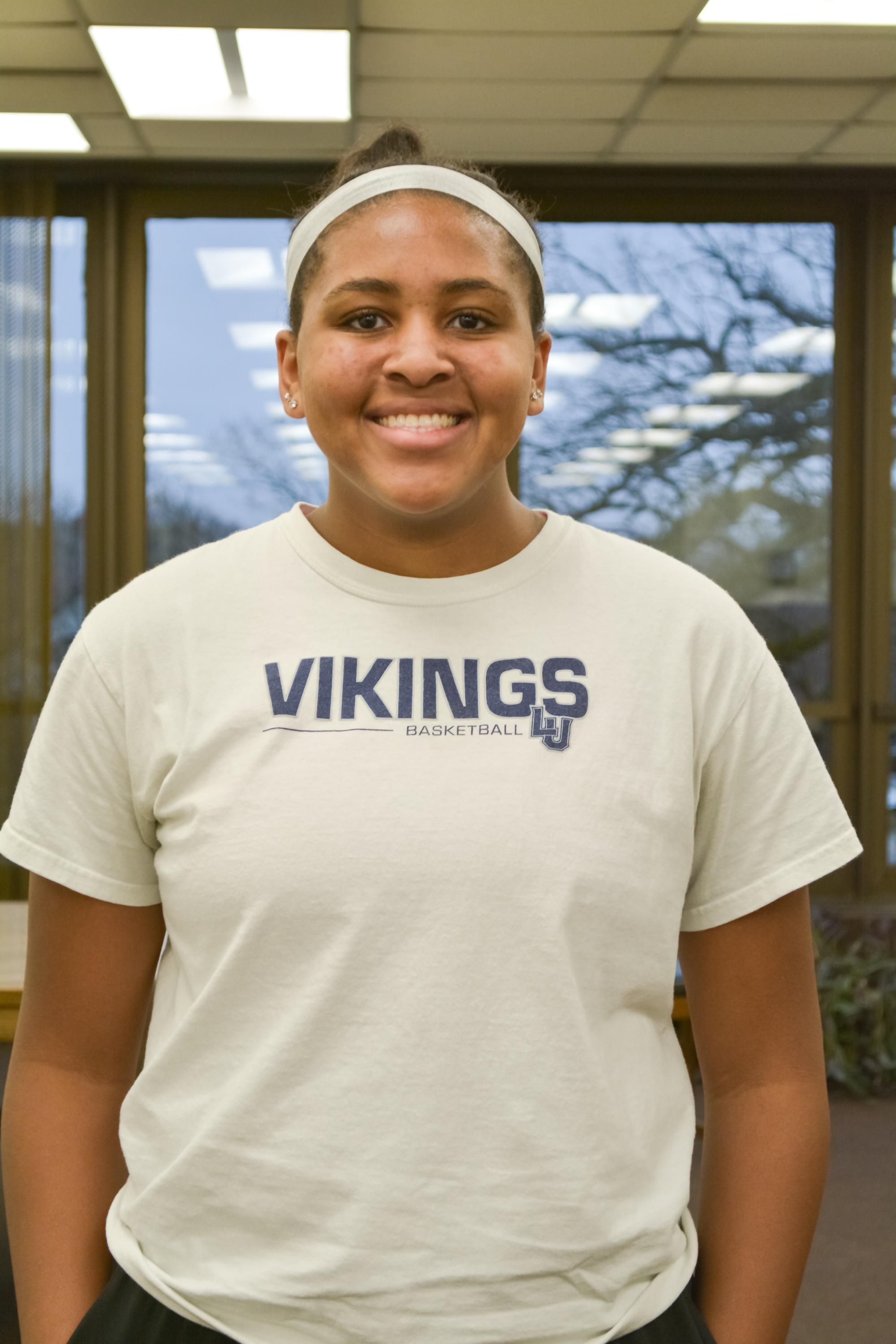 This week I had the pleasure to talk to freshman Kenya Earl. Earl, this year, broke four school records during her first campaign for the Vikings. Most notably, Earl broke the single season scoring record set by Lawrence Hall of Famer Claire Getoff, 408 points. The record stood for 16 years. Earl averaged 18 point and 7.5 rebounds per game. She broke multiple free throw records as well, attempted (133) and made (114). To top off her fantastic season, Earl was also named Midwest Conference Player of the Week earlier in the season.

Shane Farrell: You had a truly incredible and dominant season. How do you feel your first season with the Vikings went?

Kenya Earl: The season went amazing—individually, and with the team. I accomplished many things as a player, and we as a team have started to change to program around. There was just constant encouragement, so that really helped me.

SF: How does it feel to break four school records in one season?

KE: It feels amazing. I’m honestly just grateful and blessed to have the teammates I do. None of the records would have been possible without them!

SF: You broke the single-season scoring record set by Viking Hall of Fame member Claire Getzoff. What does that mean to you?

KE: I feel honored that I could sort-of follow the footsteps from such a great Hall of Famer. It just gets me more excited for next season and the years to come.!

SF: You’ve been freakishly successful at getting to the free-throw line. What is the story behind that?

KE: Free throws are one of strengths, so I just try to get to the line as many times as can.

SF: The basketball team was very successful this year. What are you looking to build off of going into next season?

KE: This season has definitely changed the Lawrence women’s basketball program. We’re definitely going to build from this season, so I’m really excited to see how we go from here

SF: Any shoutouts you want to give?

KE: I want to give a shoutout to my awesome teammates for always being there and always encouraging me. Also, to my parents and family, especially my dad—he made it to the majority of my games whether home or away. Also, my coaches, for pushing me to get better. And shout out to the seniors—this season wouldn’t have been so fun and memorable without you guys!