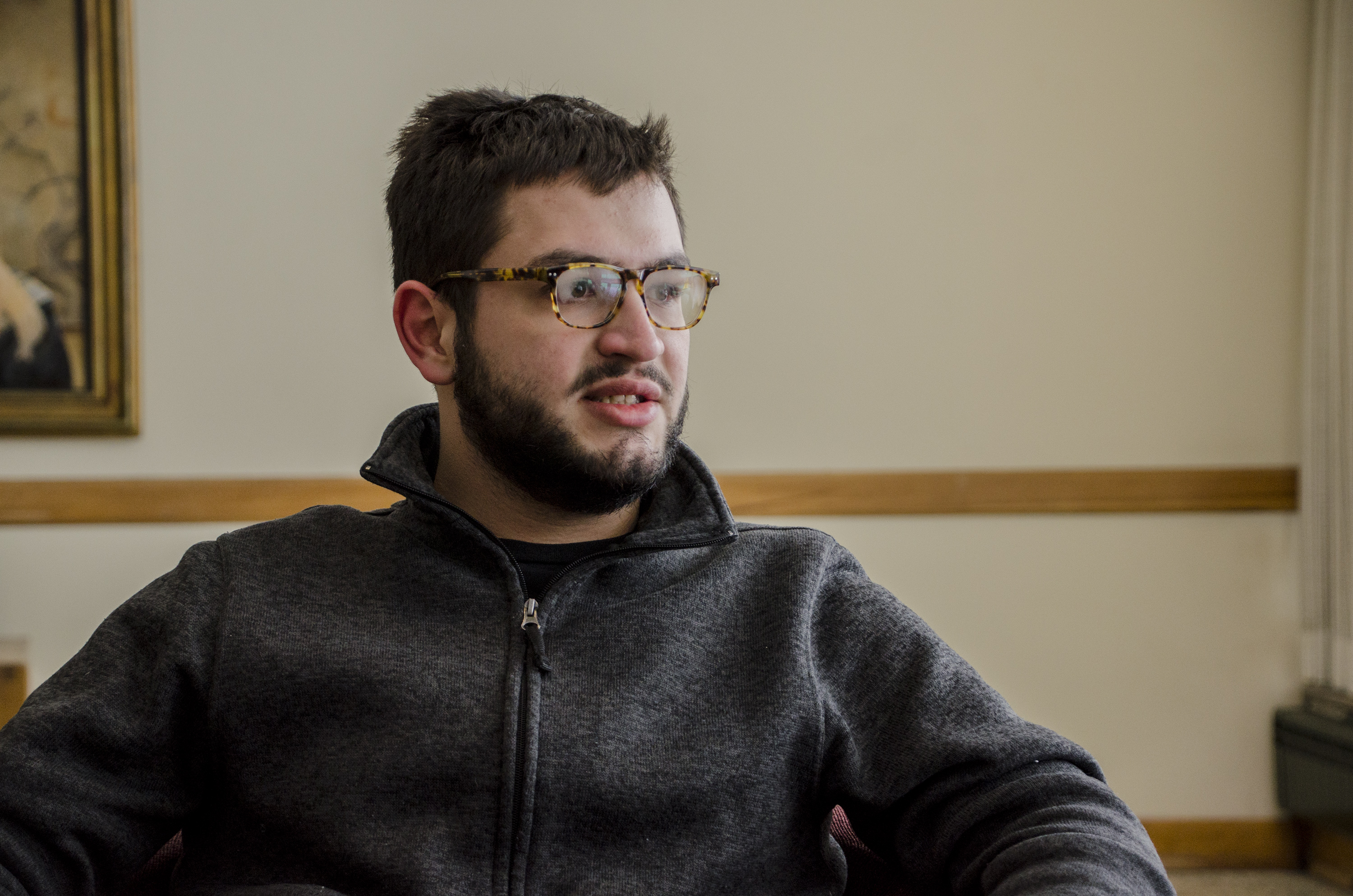 As many of us in the Conservatory plan our recitals, there is a lot that we take for granted. With a rigidly defined “standard repertoire” and rules of concert etiquette, some are beginning to think that the dynamism of classical music is being stifled. How can students like us at the beginning of our careers keep this vibrant tradition fresh and relevant?

On Sunday, April 8, senior Ethan Valentin presented a recital that was as powerful symbolically as it was musically. It challenged us to think about what our choice of repertoire says about us as performers, what conventions should be broken and diversity in classical music today.

Bringing together a live painter and musicians from every corner of the Conservatory, his senior experience project, “Identity,” was an impressive display of musical collaboration that presented new music from composers of various backgrounds.

“It was a demonstration of how cool a concert can be when you’re doing something new and that your audience hasn’t heard before,” Valentin said. “I wanted to get away from what’s standard.” “Identity” filled Harper Hall well past half capacity, a feat showing that experimentation and collaboration are things that draw people to a concert.

When asked about the “behind the scenes” of the concert, Valentin mentioned entrepreneurial skills he had to develop. “Preparing this concert involved a lot of stuff that we are going to end up doing as musicians that we don’t get hands on practice with,” he said.

“Programming a concert that’s not just a solo recital takes into account what instruments are available, advertising and doing collaborations with other disciplines.” This suggests that progressive rethinking of the recital also needs to take place at an institutional level, congruent with Lawrence’s stated mission of developing “21st century musicianship” in a world of more independent and diverse musicians.

Perhaps the main event at the recital was a new work by composer alumnus Nebal Maysaud ‘17, Decolonized Arabesques. “With this piece, Ethan and I have now worked on over an hour of music together,” Maysaud said. “The piece was written entirely in the Arab traditional fashion, with European sounding sections being mere hints of an occidental flair.”

Historically, an arabesque has been a poor imitation of Middle Eastern music; prodding at this concept, tonal-sounding sections of the piece are titled “Eurobesque.” The programming of this work can be seen as representing composers who are expressing their own heritage, in contrast to what Maysaud calls “insulting displays of exoticism.”

The recital deconstructed some of the more arbitrary concert formalities. Valentin said, “I was very specific about no concert black. Just be comfortable and confident. And I felt like having improvised interludes and live painting made it easy for the audience to enjoy the concert from beginning to end instead of the thing where you sit down, you clap, you wait for the next piece to start.”

One obstacle classical musicians face is that the tradition of the recital can seem “stuffy” to new audiences. Subtle changes to the tradition can have a profound effect in dispelling notions of elitism. Maysaud had a similar take, believing that we must “reevaluate our recital spaces and repertoire,” to break down the “classist distinction between the elite who listen to classical music, and the lay people who listen to popular music.”

One’s reaction to Valentin’s recital might include pointing to the trope of “dead white guys.” Valentin joked, “If you invite all white people to a potluck, you’re going to have a lot of potato salad.” However, for any performer who gasps at the thought of giving up standard repertoire, Valentin does not think we need to abandon this tradition entirely.

He said, “There’s never going to be anything that makes me stop loving Beethoven, but I don’t think its super interesting to present just that music.” A musical innovator might not choose to avoid standard repertoire, but instead program it alongside emerging composers of color.

That is exactly the kind of work Valentin does. He said, “We need to go farther and find new music by people of color because there’s just less of it due to structural power dynamics.” With the primary audience of classical music being white and aging, we will need to push boundaries of what we perform to keep it relevant.

Acting on this ideology as a performing artist, he said, involves “finding your target audience, making sure they’re underrepresented and getting to know them deeply and intimately.” He cautioned that this shouldn’t be done simply for diversity’s sake, adding that we should work “with them, not for them.”

Going through such a process may seem daunting for a musician, and there’s always the temptation to stick with doing recitals the way they’ve always been done. For some inspiration, Maysaud had a particularly colorful musing: “Can you imagine a benefit concert for trans equality that starts with an opera scene, followed by punk rock, a string quartet playing to an electronica/hip-hop fusion, then a sonic meditation before finishing off with a new symphony written by a trans lesbian?” It’s food for thought.

Senior Ethan Valentin explains the concepts behind “Identity.” Photo by David Baldwin. As many of us in the Conservatory plan our recitals, there is a lot that we take for granted. With a rigidly defined “standard repertoire” and rules of concert etiquette, some are beginning to think that the dynamism of classical music is being…