Classics Dept. bring Ancient Greece and Rome back to LU 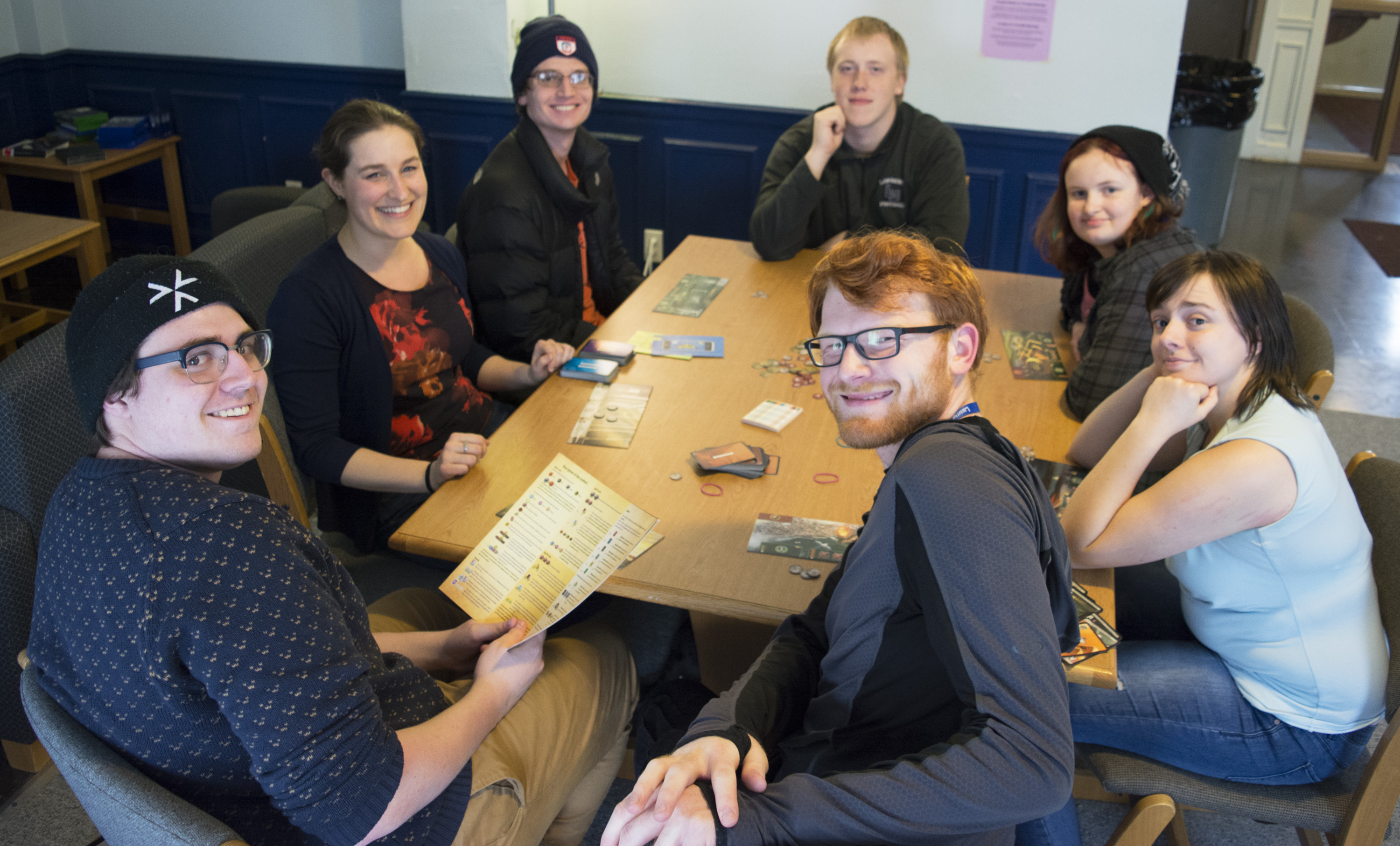 “Classics Week is the one week every year that the classics department climbs out of its hole,” said freshman classics major McKinley Breen.

And indeed, once a year, the classics department hosts a week of Greek and Roman fun, including a lecture by Assistant Professor of Classics Adriana Brook (rescheduled to Monday, April 23 because of the snow storm); a screening of “Jason and the Argonauts” on Tuesday, April 17; a night of Greek and Roman-themed board games in Gaming House on Wednesday, April 18; a “Coin Petting Zoo” featuring the Ottilia Buerger coin collection on Thursday, April 19 and a reading of Plautus’ Roman comedy “The Asinaria” on Friday, April 20 in collaboration with Prescribed Escape Productions and Lawrence Inclusive Theater.

Brook’s talk, titled “Ancient Heroes, Modern Soldiers: Homer, Sophocles and the Human Cost of Warfare,” investigates a modern use of the classics.

“When veterans get back from war, it can be hard to know how to reintegrate. “The Odyssey” provides a map for how to get all the way back home,” Brook explained. “Reading it together is like learning how to read that map.”

Her lecture will discuss how classics can be used as a way to begin the difficult process of working through post-traumatic stress disorder with veterans.

“What I wanted to drive home in this lecture is that classics provides these examples which are sort of distanced. They’re ancient [and] they’re often fictional, and so they can be easier to talk about,” Brook said. “A conversation about ancient heroes is maybe easier to approach than a conversation about suicide rates among veterans. And yet, it sort of opens the door to have these challenging conversations and to use these models, because they give us a common vocabulary that…creates a more comfortable space to start that difficult emotional work.”

The Ancient Coin Petting Zoo, which was held from 2:30 p.m. to 4:30 p.m. on Thursday in the Wriston Art Gallery, showcased coins selected by students at Lawrence who are currently studying the coin collection.

One such student is senior Anna Vogel, a classics and art history double major looking at fifteen Julio-Claudian coins in an independent study, which involves “researching the iconography on the coins and then writing up entries to be entered into the online catalog,” Vogel explained.

Something that might sound bland to a STEM student is actually a huge deal for an undergraduate studying the classics. These entries are on coins in the Lawrence collection that have previously gone unstudied, and Vogel’s research will be credited to her in the official online catalog.

The work she puts into even one Roman coin is substantial, Vogel explained. For example, she has been working since February on one particular coin that has the date written in an unusual way.

The process of researching a coin involves reading inscriptions, examining imagery, interpreting information, finding similar coins and researching the history of the emperor in power when the coin was made.

“One example has a depiction of a triumph, which was when a Roman general celebrated a victory. It’s a coin that was minted by Tiberius, but Tiberius never had a triumph while he was emperor,” Vogel said. “Then that involved figuring out who was [Tiberius] depicting on the coin, because it’s obviously not himself.”

Some of these rare Greek and Roman coins, including some that Vogel worked with, were available to be touched and examined by the Lawrence student body, regardless of major.

Thanks to the weather delays, Classics Week is extending into a second week. The idea of the theme week was to bring in members of the Lawrence community who have never studied ancient Greece and Rome and makes the classics something accessible, fun and interesting.