The most dangerous part of our day 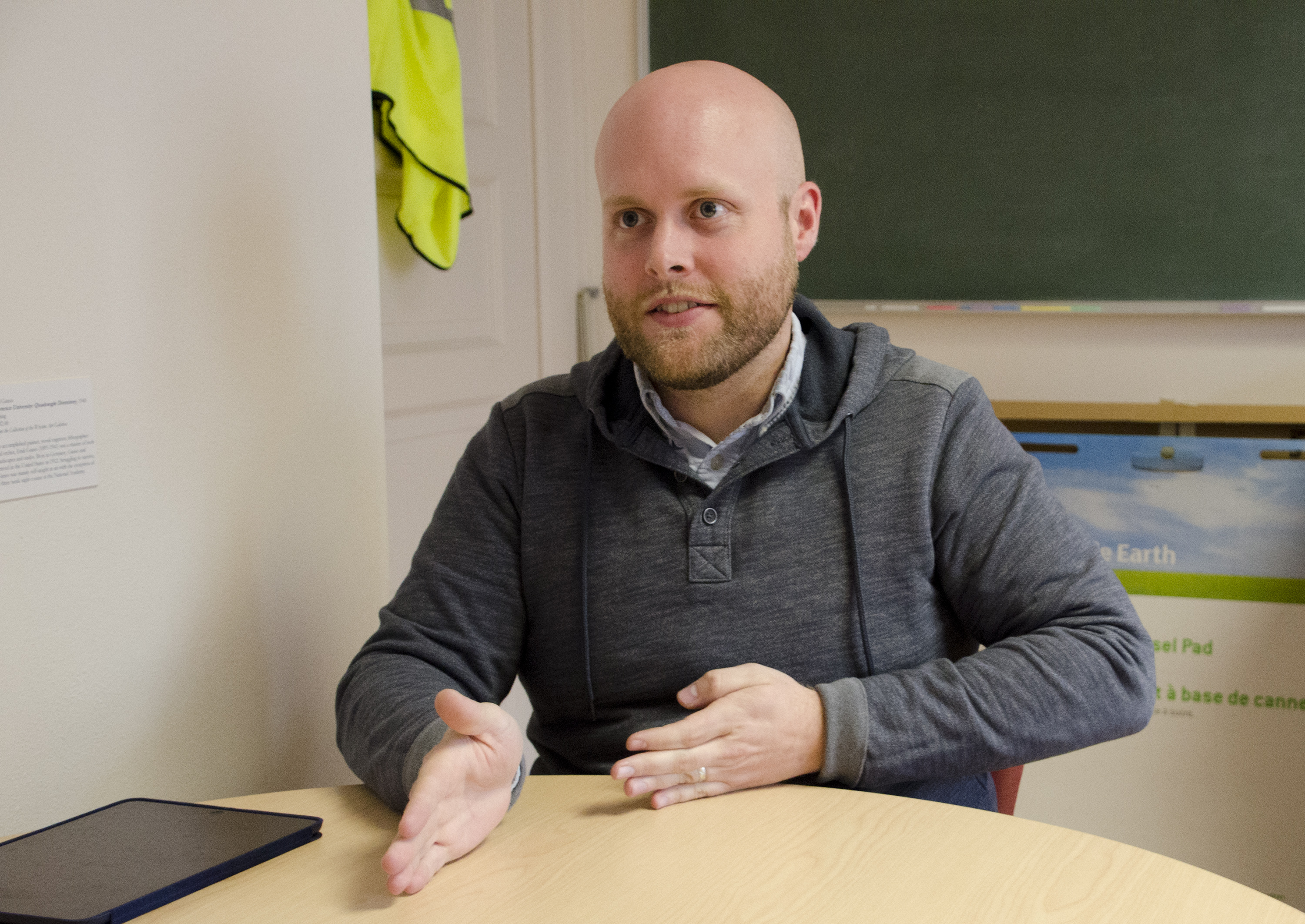 Assistant to the President Jake Woodford.
By David Baldwin.

For most of us on campus, the most dangerous part of our day would be crossing the street. Just a few years ago, a student was hit and seriously injured crossing College Avenue at night; the incident remains an unsolved hit and run. In response to incidents like this, the Office of Communications has been working to improve campus infrastructure.

In particular, Assistant to the President Jacob Woodford has been reaching out to traffic engineers. “I’ve been most closely involved in pedestrian safety conversations between Lawrence and the city of Appleton, and more specifically the Department of Public Works,” he said. “This has been an iterative process over many years.”

These conversations have led to numerous developments on campus, perhaps most noteworthy being changes to the crosswalks on College Ave linking the conservatory to the rest of campus. Several years ago, the crosswalks lacked the thick white stripes and flashing lights, and instead merely consisted of lines painted across the street.

Woodford recalled a study that was conducted on the flashing lights: “The study observed the rate at which cars actually yielded to pedestrians and the time it took for them to do so. It was determined that the lights are effective.” Going the extra mile, cameras were installed here over the summer to help identify vehicles that may be involved in hit and runs.

Even though the current situation with these crosswalks is superior to the one before it, the process of improvement is continuous. Next year, plans are underway to make the flashing lights activate at the push of a button and not automatically.

“Even though pedestrians have the right of way, awareness is really important and the automatic system may not be the most helpful in terms of keeping pedestrians acute,” Woodford said. “A push button system requires input from the pedestrian; it’s an active activation system as opposed to a passive one.”

Another issue being resolved with these lights is that, without consistent maintenance, they sometimes activate even when no one is crossing. The problem here is that drivers’ sense of urgency is reduced when the lights “cry wolf.”

Besides the crosswalks with said lights, College Avenue is the site of a few other safety improvements. At the intersections at Lawe, Meade and Drew, the walk signals were reprogrammed in the fall to activate a few seconds before the green light.

Having them activate at the same time made turning vehicles a problem; now, pedestrians have time to get out into the crosswalk and make themselves visible.

Areas at the perimeter of campus have also been attended to. At the intersection of Boldt Way, Meade Street and John Street, a four way stop has been added. This comes as a response to the construction of a new senior living development at the bottom of the hill on John Street, with the anticipated influx of traffic being too hazardous for a two way stop.

At Washington Street and Park Avenue, concerns arose over the sightlines for crosswalks being blocked by on street parking; the city agreed to add a buffer for this issue with more no parking signs.

While significant improvements have been made, multiple projects are still underway, mainly on Lawe Street. Here, there are plans to add brighter LED lights and to move crosswalks closer to the corner at the College Avenue intersection.

Currently, the crosswalks are set back from the corner to accommodate for truck turning radii; however, a transition to a pedestrian-friendly campus requires prioritizing them over vehicles. And, one cannot have a conversation about pedestrian safety without mentioning the notoriously treacherous intersection of Lawe and Alton by Raymond House.

Despite every effort already made to keep us safe, Woodford emphasized that the main issue is the walk signal buttons. These buttons, supposedly built to keep us safe, instead make us subconsciously view crossing as a forbidden privilege and with a sense of entitlement, when really, it is a serious issue that we should approach with honesty and clarity.