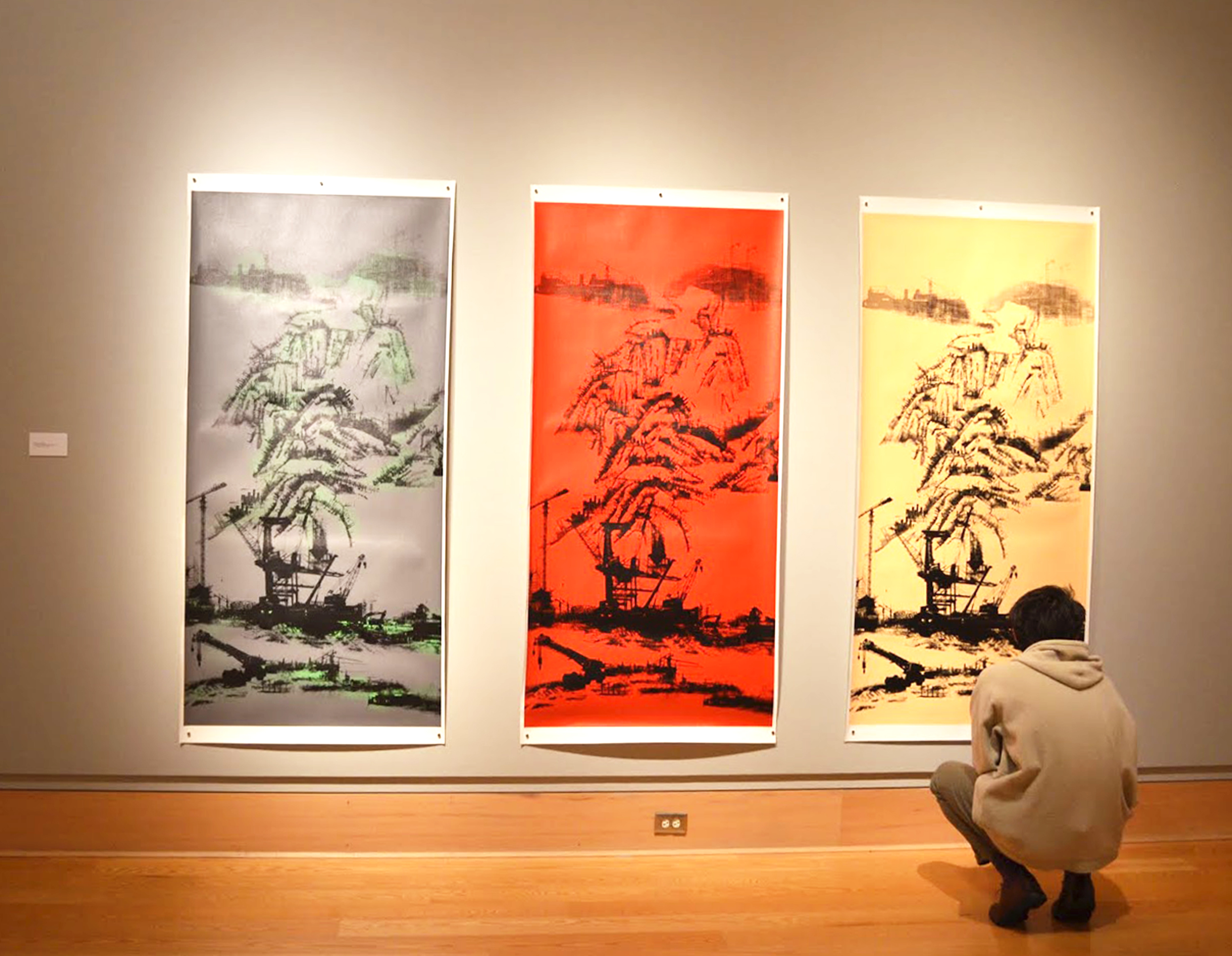 On the left, sophomore Gabe Lewis examines art at the Wriston Fall 2018 Opening.

Lawrentian photographer Julia Balestri described the exhibit, saying, “The works of Xiaohong Zhang are heavily influenced by her interest in Soviet realism. Many of her pieces are politically charged, specifically in respects to consumerism, the environment and work ethics. Her Chinese heritage influences her art in many ways, from using the medium of traditional paper cutting to the political issues she chooses to feature in her work. Her intuition as to which modern mediums to employ shows brilliance on her part as an artist, as a contemporary audience will best receive a contemporary message.”