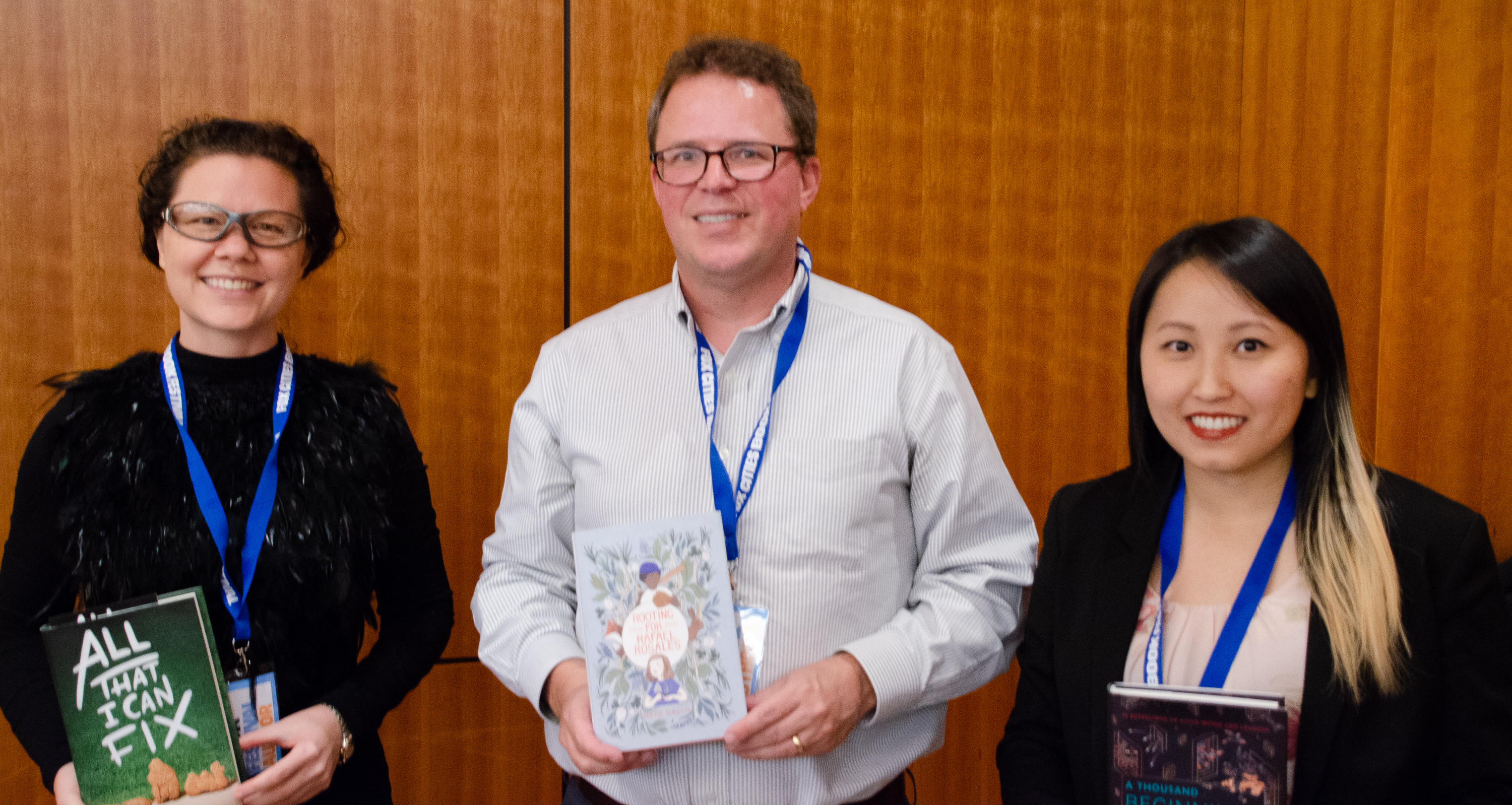 The authors that presented at the panel: Lori M. Lee, Kurtis Scaletta and Crystal Chan.

The Fox Cities Book Festival (FCBF) is a non-profit organization that has been bringing people together to share stories. Their mission is celebrating books and authors to build an engaged community of readers.

When they were asked to describe the difficulties of writing people of color or writing as people of color in a white industry, Chan and Lee discussed that the characters in their books were whitewashed by the publishers. Whitewashing here refers to when the publishers depict a mixed-race character as a white person on the cover of a book. To assess efforts made by publishers recently, “There is movement in the right direction and it is not going to be totally altruistic,” Chan stated.

People see what fits their agenda and people see what makes them comfortable and, “It has been really difficult for me to present and to write as the personal color in the industry, because the industry is very white,” Chan said. She started the conversation by highlighting that “Bird,” her debut work, was treated differently in foreign countries.

The main character of “Bird” is a mixed-race girl who is Jamaican, Mexican and white. French publishers initially described this girl only as a Jamaican in the French version, but corrected later. Moreover, the Netherlanders whitewashed the character because the story was more important for the publishers than the girl’s race. Racial confusion is not exclusive to the U.S., and the risks of racial bias are presented in the international publications as well.

Chan also encountered problems in publishing books with characters of certain genders. An editor refused her book for having a male main character. “Boy books don’t sell,” was included in the rejection letter she received. “And that was the same thing that they were saying about people of color,” Chan said.

Lee is the author of the Gates of Thread and Stone series, and she loves writing about magic, manipulation and family. She was fortunate that she did not face a racist agent as her friend did. Her friend was rejected because her story was Korean-based fantasy.

Additionally, the girl in the Gates of Thread and Stone series is half-white and half-Asian, but the German version of her work presented the main character as a white girl on the cover. “I was hesitant about including just characters who look like me because the industry was just so white,” Lee continued, “and putting in characters that don’t fit in the idea of a main character should look like was a risk.”

Lee also mentioned dysconnectivity between publishers and readers in the white industry. Reading available books, the black and Asian readers read a lot of books with white characters. “We don’t get to read the stories about us because the publishers think we don’t read,” Lori summed up.

Scaletta is the author of several novels for young readers including “Mudville” (2009) and “Rooting for Rafael Rosales” (2017). He is also the author of the Topps League series. Writing people of color was a scary thing for him to take on because of the criticism. One of his characters is from a Caribbean island. People living there are usually the descendants of Africans, but they are identified as Latino. This unique cultural identity, according to Kurtis, cannot be simply covered by one race.

Followed by the Q&A session, the participants could buy the books and get them signed. The 2018 FCBF lasted from October 8 to 14, and a Pulitzer prize-winning author will engage the community April 11 and 12, 2019.