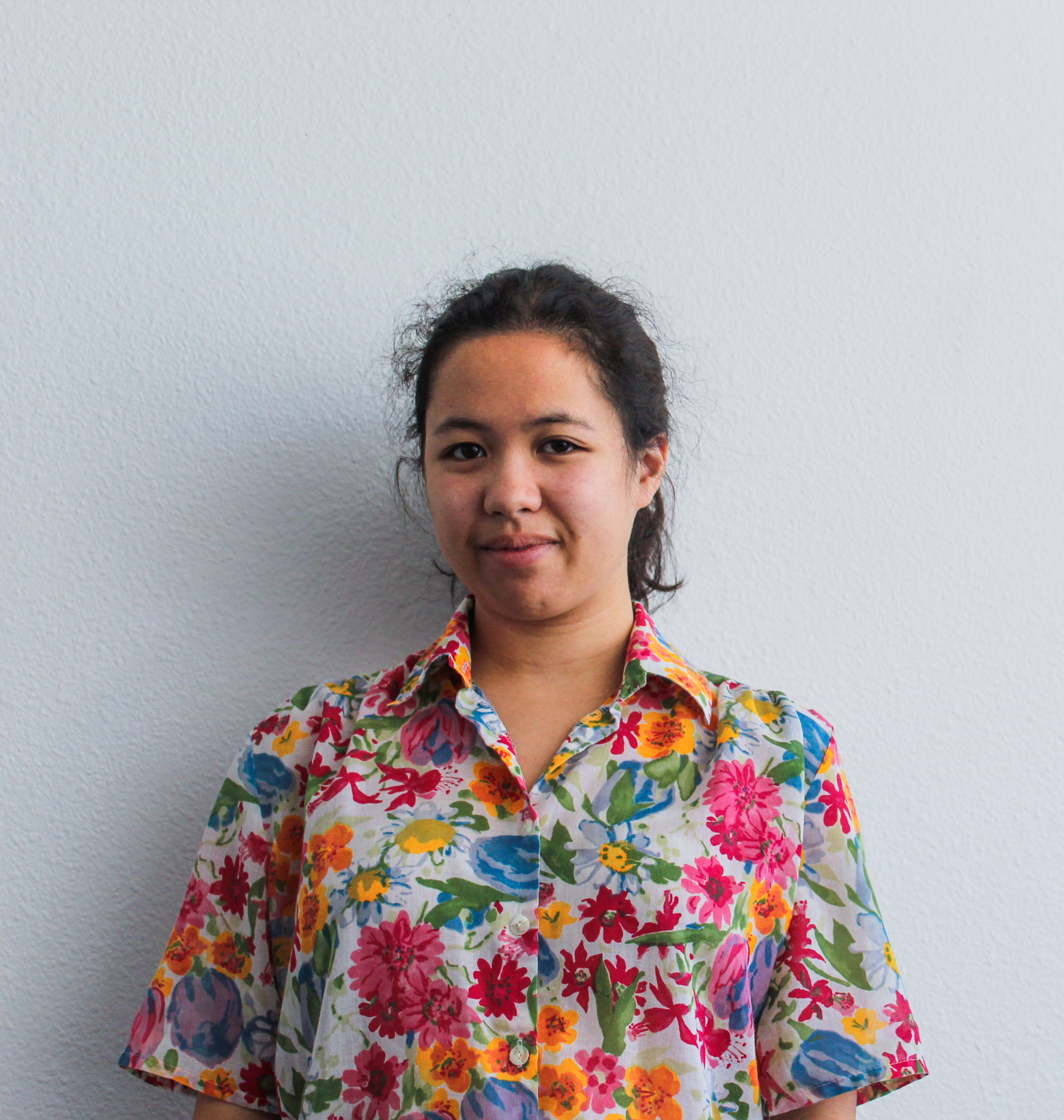 I have wildly cared about clothing my whole life. From spending hours of my childhood afternoons putting together outfits to ceaselessly chopping up skirts and dresses to make my own creations, I spent a lot of my childhood thinking about clothing. My identity has largely and unknowingly been represented through clothes. In this column, I hope to showcase my fellow Lawrentians’ understandings of clothing, dissect the nuts and bolts of what personal style is and seek out stories about how identity informs style and vice versa. Style is about so much more than just clothes. It is one of the most visual ways we pronounce our own identities.

Fifth year Russian and piano performance major Milou de Meij is full of stories about her colorful, architectural and ever-growing wardrobe. When Milou is feeling casual, you might see her wearing her “shirt with my dog’s face on it.”  For styles that are dog-shirt-lacking, Milou can be seen wearing anything from a green bomber jacket she thrifted in Russia to a pair of heels to even a boxy jacket her mom got all the way from her pottery teacher in Japan. With such a well-rounded wardrobe, Milou is strong in her belief that what she wears tells a story, and that story gives her confidence.

Milou describes her style as “pretty classic, but I like hints of unusual things. I think growing up I was always being given clothes from my neighbors or as hand me downs, so I was always piecing together different clothes, and I started becoming attracted to more unusual clothing in general. I like to pair the more unusual pieces with something like a pair of black pants. I don’t want to be loudly ‘out there’ but I don’t want to fade into the background with my style.”

Milou isn’t afraid to wear bold looks around campus without giving it a second thought. She said, “I know on campus people dress pretty low key, but I am not really afraid of being dressy. I want to wear things that make me feel confident and strong. When I find a piece of clothing that I really like, there’s like this connection I feel that’s almost visceral; like a deep wanting. I know that might sound silly, but I do feel gravitated towards things I really like. I think fashion can be such a place for expression and that’s a really important thing.”

One of Milou’s prized possessions is a pair of vintage Ralph Lauren military jackets her mom got her while traveling. One jacket is red with gold detailing, and the other is a more neutral black. Milou said, “I usually wear the red one at formals or on a night out. But I wear the black one all the time. A good coat is really important. I think I read somewhere that someone asked Harry Styles what a really attractive piece of clothing is, and he said ‘A good coat!’ I was like ‘Yes, thank you! I agree!’”

“I got really into high fashion magazines in middle school, and I asked my middle school librarian to get all these fashion magazines, but then I was told I couldn’t get the magazines because they had really risqué ads in them,” Milou stated while explaining the origin of her interest in style. She continued, “Regardless, unusual glamor always spoke to me from a young age. And then once I got into smartphone era, I got an Instagram and started following different fashion blogs. I think I’m definitely influenced by looking at high fashion and figuring out how I can create some of that same ownership over my own outfits on a student budget.”

Throughout her time as a student at Lawrence, Milou has always worked to remain conscious of who she is a musician, even if that means stepping back from the piano and taking time to reflect. Milou said, “My junior year I actually quit piano for a year and a half. I had had enough of classical music, I didn’t feel like I was being creative. I was burned out and I felt confined by having to play in a tradition. I needed to take a step back and think about why I was playing music and what music meant to me. When I came back, I looked for a new entry point, and that’s when I started improvising. And that’s where I am now: trying to blend my love for classical with my desire to be a singer-songwriter and to improvise.”

“It was scary,” Milou stated as she described how she felt as she started to learn how to improvise. “I remember my first improv lesson. I was told, ‘Just play whatever you want that’s from you!’ I was like, ‘What does this mean?’ Somehow, I went from there to having an improvised piece on my recital and freely improvising for fun. Somehow, I got more and more comfortable with my own voice as a musician. It was something that took a lot of time. Classical music is important but it’s not the end-all-be-all. I have a much more holistic view of music.”

Through all of this musical evolution, Milou has always been aware that appearance plays a role in presentation as a musician. “When I was little, I definitely was amazed by the beautiful gowns people wear when they perform. My high school had a prom closet where people would donate prom dresses that you could buy for five dollars. I would go there and buy just so many dresses that I would hypothetically wear. So now I have a huge collection of flowy princess dresses, I don’t know what my mom’s gonna do with them all.”

Milou now sees fault in the expectation of formal wear for music performance. She said, “I fundamentally disagree with this idea of ‘high class dressing’ to play ‘high class music.’ Which is sort of weird, because I also really liked that side of it too. It’s like we’re looking at two sides of the coin here; it’s something I think about a lot. My junior recital, I wore a dress I actually got from my high school prom closet, so it was very fancy. For my senior recital, I wore a much simpler piece. It was just a black dress. I realized what I’m wearing isn’t as important to me as it was before when I’m playing piano.”

Milou is passionate about a myriad of things. From her long puffed-sleeve black jacket that she affectionately calls her “Elton John” jacket to all sorts of Russian literature and music. In her large collection of interests, she believes that fashion doesn’t stand out among them as lacking any sort of substance. “People often dismiss fashion as superficial, as if it’s only about appearances on a surface level,” Milou stated. “Sure, if you’re only concerned with appearances at all times, fashion can be superficial, but you can’t discount the importance of self-expression. The idea that fashion is wearable art is powerful. The confidence a piece of really nice clothing can give you is important.”